These are the finalists for the BBC Radio Scotland Young Traditional Musician 2021. 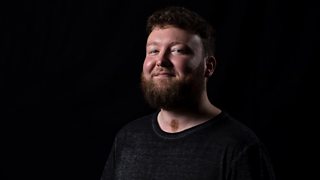 Michael studied at the Royal Conservatoire of Scotland, splitting his time between the classical and traditional music courses. He currently performs with bands TRIP, The Canny Band and Northern Company but has also made appearances with Eabhal, Kathryn Tickell and the Jarlath Henderson Band. 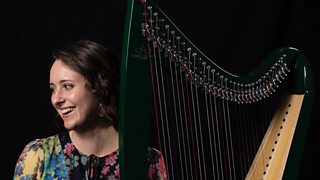 Lucie became hooked on traditional music during her early childhood as a result of her Dad’s interest in the music. Artists and bands such as Afro Celt Sound System, Caperceilidh, Lau and Catriona McKay were key influences which drove her passion for music. After studying at Plockton’s National Centre of Excellence in Traditional Music, Lucie graduated from the Royal Conservatoire of Scotland in 2018 with a first class honours degree in traditional music. Notable performances include premier receptions for film productions Mary Queen of Scots and Outlaw King, as well as a reception at Holyrood Palace in the presence of the Duke and Duchess of Sussex. Lucie currently performs in fiddle and Scottish harp duo, Aves o’ May. 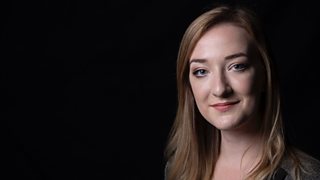 Iona grew up going to sing-a-rounds, folk clubs and folk festivals in the North East where she met tradition bearers and younger exponents of the tradition such as Janice Clark and Shona Donaldson. Whilst a lot of Iona’s influences comes from revivalist singers she found great inspiration in online archive recordings from sites such as the National Library of Congress and Kist of Riches. She gained an FLCM in Traditional Voice from London College of Music and graduated from The Royal Conservatoire of Scotland with a first class honours degree in Traditional Music in 2019. Iona has performed all over the world including Folk Alliance International, New Orleans, Czech Republic, Fergus Grand Theatre, Ontario andFestival Interceltique de Lorient. 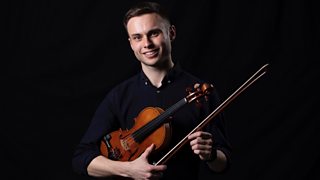 Graham is an Orcadian fiddle and mandolin player based in Glasgow. In 2018 he graduated from the Royal Conservatoire of Scotland with honours of the first class. Before moving to Glasgow I was taught by Douglas Montgomery (Saltfishforty/The Chair). Graham is a founding member of quartet ‘Gnoss’ who released their album ‘Drawn From Deep Water’ in April 2019. Graham has appeared at a range of festivals including Celtic Colours (Canada) and Festival Interceltique de Lorient. (France) 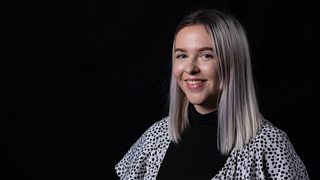 Ellie has been interested in traditional music from a young age. She studied Classical Voice at Aberdeen City Music School but never stopped singing the traditional songs. Ellie's main influences are source singers such as Jeannie Robertson, Lizzie Higgins and also more modern singers such as Shona Donaldson and Claire Hastings. In 2018, she sang as part of the TMSA's Wee Red Book Concert and in 2019 Ellie was invited to collaborate with folk band, Malinky on their album; Handsel. 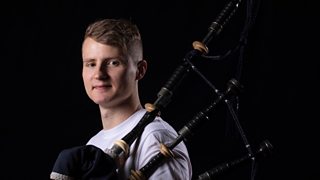 Bradley began playing the Highland Bagpipes 19 years ago and won the 'Young Musician of the Year' award in Northern Ireland, 2011. He has been lucky to perform at a variety of venues such as; The House of Commons, Glastonbury Music Festival, as well as solo performances at Glasgow Royal Concert Hall and Avenches Tattoo in Switzerland. Bradley now studies at the Royal Conservatoire of Scotland and is a 3x World Pipe Band Champion.

Due to the ongoing coronavirus situation, the semi-finals were re-located and took place in the foyer of BBC Scotland, Pacific Quay building without audience on Saturday 3 October.