Nazanin Zaghari-Ratcliffe, the British-Iranian woman detained in Iran nearly six years ago, has been released.

In Nazanin, a five-part series from BBC Radio 4, the former Today programme editor Ceri Thomas explores an old tank debt with Iran, and how it may have contributed to Nazanin Zaghari-Ratcliffe's detention. 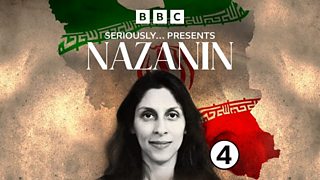 On Boxing Day 1978, Nazanin Zaghari-Ratcliffe was born in Tehran. By the time she was two months old, if she’d been blessed with the terrible gift of foresight, she would have been able to see all around her the beginnings of a frightening chain of events stretching into her future.

They began in February 1979. That month, an arms deal between Britain and Iran was cancelled; the cancellation created a debt which, to this day, has never been paid; and the debt became the reason Iran gave for taking Nazanin hostage 37 years later.

The debt at the heart of Nazanin’s story came about in an unusual way. In the mid-1970s the Shah of Iran ordered a huge number of tanks from the UK - more than 1500 - and paid for them all in advance. When he was deposed by the Islamic Revolution which swept through Iran as Nazanin was born, Iran cancelled the deal. Soon, it began asking for its money back.

For months, I’ve been on the trail of a deceptively simple question: why has the UK never paid up? At times, over the course of the decades, it would have been a fairly straightforward transaction; at other moments, when diplomatic tensions were high or sanctions were in place, much trickier. But still, somewhere in those 43 years, surely a way could have been found if the will existed? 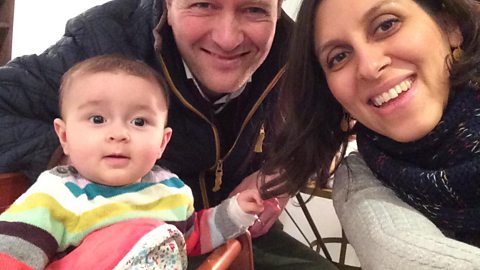 Richard Ratcliffe, Nazanin's husband, tells us about her birth and it's significance.

A clip from Nazanin.

Iran is a complicated place, all the Iran-watchers say so. There are states within the state and the power structures are hard to read. So, it’s a risk to be categorical and say that debt is the only reason why Nazanin Zaghari-Ratcliffe was taken hostage. But there are two reasons for thinking that, at the very least, it played a big part. 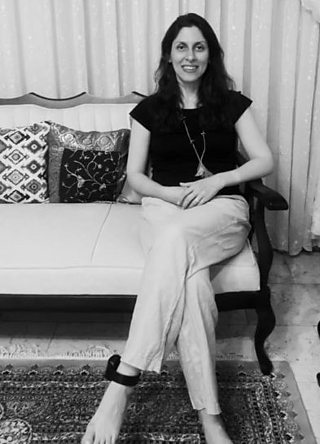 Inescapably, under international law, the UK was ordered to pay a debt that was now 30 years old.

The first is that just before she was detained some American hostages were released in a deal explicitly linked to the payment of an almost identical debt owed to Iran by the United States. And the second is that the Iranians told Nazanin in terms that it was the debt which had landed her in prison.

In international trade disputes a decade or two can slip by alarmingly quickly, and the 1980s passed with really no progress in negotiations over the debt between Britain and Iran. Britain was in no hurry to pay money to an unfriendly regime, and Iran was preoccupied with its war with Iraq. It wasn’t until 1990 that the two countries agreed to go to binding arbitration at an international court.

Another long pause followed while the court deliberated. It wasn’t until 2001 - already 22 years after the debt first became due - that the court of arbitration ruled in Iran’s favour. Totting up the original sum, interest on it, and some costs, it ordered the UK to pay £382.5m.

And then something unexpected happened. Having gone into arbitration agreeing to be bound by its outcome, the UK lodged an appeal. But it didn’t want to attract a reputation for ignoring the findings of an international court, so it paid the whole sum ‘into court’. It set the money aside in a special account, where it has sat from that day to this, growing steadily year after year.

The appeal which Britain lodged took another eight years to grind through the courts. But in 2009 there was a definitive judgement. Inescapably, under international law, the UK was ordered to pay a debt that was now 30 years old.

The next plane home?

The public position of every senior politician I’ve talked to who's been involved in the tank debt since 2009 has been that there’s no argument on the principle. Britain intends to pay.

But sanctions make it difficult.
But we shouldn’t give money to Iran because it sponsors terrorism.
But by taking Nazanin hostage Iran has turned a debt into a ransom, and the UK doesn’t pay ransoms.

For many years after the 2009 appeal court ruling, those concerns - each of them valid - arm-wrestled with the principle that the UK intended to pay what it owed - and the ‘buts’ won. So again nothing happened. Until Nazanin Zaghari-Ratcliffe was taken hostage.

It’s an uncomfortable truth for anyone who’s determined not to reward politicised hostage-taking (even if you can’t show cause and effect) that the British government’s attitude to paying the debt has shifted since April 2016 when Nazanin was seized. The shift hasn’t been enough to settle the matter, but it’s been sufficient that some strenuous attempts have been made.

First, Boris Johnson as Foreign Secretary brought urgency to the issue. He was willing to pay the debt, in cash if necessary, to bring Nazanin home. But he struggled to get support from the Treasury.

By 2019, Boris Johnson was out of the Foreign Office and Jeremy Hunt was in. A new, less blunt plan emerged to send goods in kind instead of cash - medicines. That proposal came close to succeeding but ran out of road in the pre-Brexit chaos.

Most recently, in July 2021, a third deal was on the table. Switzerland was going to act as an intermediary (a role it has played before) and all the technical and financial mechanisms to enable the deal seem to have been in place. This time it was the United States which blocked it, in pursuit of a new determination that Iran should release all the hostages it holds, not just one country’s.

But, unmistakably, something significant has moved. After years spent getting into the habit of not paying the debt it owes to Iran, for the past five years the UK has actively sought a way to put its hand in its pocket. That position now seems to have the status of established government policy.

The link between Nazanin’s release and the payment of the debt will never be acknowledged, but the plain fact is that the flight paths of Nazanin’s plane and the one carrying the money to Iran will cross halfway between London and Tehran, metaphorically if not literally.

And, finally, her fate and the fate of that decades-old debt for tanks that were never delivered will be untangled.