From Selfies to School Uniform: How We Got Shamed

Slurs used to criticise women for who they choose to have sex with - and how often - are nothing new.

But over the past few years, the voices speaking out and pushing back against what some might describe as 'slut-shaming' appear to have grown ever louder.

Although that term itself is deemed problematic and offensive by some.

And - as the guests on the latest episode of The Hayley Pearce Podcast describe - the judgement can be about much more than having sex...

I’ve been ‘slut-shamed’ and been called names because of my body and job since I was around 18. I’ve just built up a wall of ignoring it. But actually, words do hurt and people’s judgements do follow you around. So, I think… we call it out, be honest with each other, be authentic online and say how it does affect people. 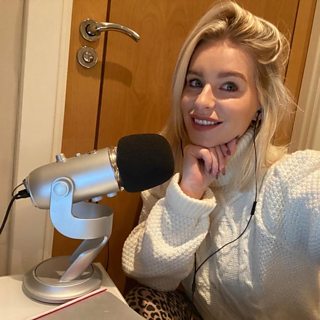 Words do hurt and people’s judgements do follow you around.
Jess Davies

I have a bit of a weird feeling about the [term] ‘slut-shamed’. I know a lot of women now are claiming back the word ‘slut’. But, when it's used in a derogatory way, I think that’s when it puts pressure on women - even if we’re saying they’re being shamed... ‘slut’ and ‘whore’ have been used in a way to judge women and put them down.

I post online about feminism (90% of my followers are men) and people are like, ‘you’re barking up the wrong tree’. But to me I’m like, ‘no, it’s the right tree’ and it should be guys we’re talking to because us females know how it makes each other feel. It's guys we need to be educating!

[Slut-shaming] definitely has an effect on us [girls] from a young age, because it makes us hide away from our sexuality. Women don’t know that they can also enjoy sex and often don’t know the boundaries of saying 'no'. So, I think it definitely has an effect because it makes us all kind of shy away and not talk about topics like sex and consent, which is something that everyone should talk about. 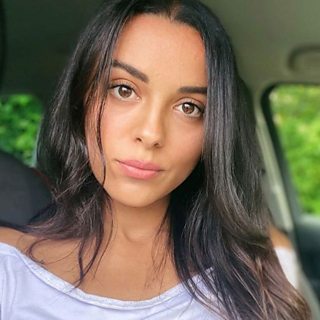 I remember being in school and I felt like the girls were always told ‘don’t wear tight trousers... your skirts have always got to be a certain length'. I remember this one teacher - I had a skirt on which was just above my knee and I questioned him, 'why can the boys wear whatever they want and why do the girls have this restrictive uniform?'. He was like, 'you’ll distract the boys' – I was like WHAT?!

When I was in school, I got massively ‘slut-shamed’ on the back of a rumour that wasn’t true. I was 12-years-old. The rumours spiralling around were that I was talking to a boy and that I had a lightsaber toy. These then got mashed together into a vicious rumour that I had done 'stuff' for the boy with this toy. I think some people thought I deserved the hate because the boy had a girlfriend (which I didn't know about). 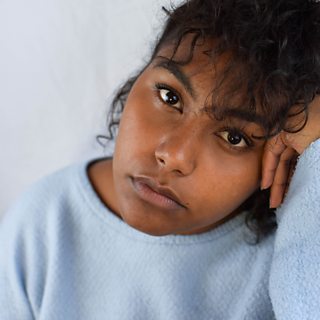 I had body issues and I remember thinking to myself, ‘why has this happened to me? I haven’t done anything to deserve it’.
Asha Jane

The whole school thought that was really funny. At the time I was traumatised. I’d never even kissed a boy! I was absolutely distraught. I think that’s probably why I take the stance on ‘slut-shaming’ now which is: just don’t do it. The girls were just as bad as the boys in that situation as well.

So, I think then I grew up with this hyper-sexualised view of the world because all these boys used to assume I was really ‘easy’ and they’d ask me lots of lewd questions - and I had boobs before everyone else as well! I had body issues and I remember thinking to myself, ‘why has this happened to me? I haven't done anything to deserve it'.

It's only later on in life where I’ve come to this conclusion that things happen to you for a reason.

The funny thing is, I had a line in Season 2 of Sex Education and in the audition they asked me to tell them my most embarrassing story that ever happened to me in school. I basically told them that one, but just in a more comedic way. Apparently, that made the people looking at my audition laugh so much that they gave me two really funny lines - one of them was with Gillian Anderson and the other was with Asa Butterfield. In the end, one of them made the trailer. So, it’s weird because at the time I thought it was the most traumatic thing to ever happen to me but years later I turned it into profit! 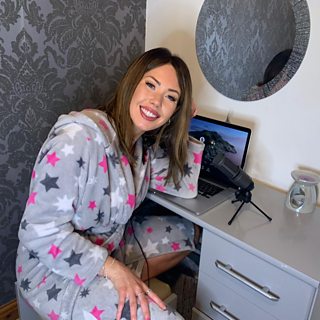 Someone messaged me the other day saying, ‘you've always got your boobs out’. I thought the cheek of it! Then I started looking at my Instagram and I thought, I haven’t, have I? But then I thought, so what if I have? I didn’t pay for them to hide them. That’s ‘slut-shaming’.

You can hear the discussion in full in BBC Sounds in The Hayley Pearce Podcast.

This article was originally published on 23 November 2020.