If you were asked to name prominent racial injustices, you’d probably think of American examples. The Montgomery Bus Boycott over the Bristol Bus Boycott and the Alabama Church Bombing over the New Cross Fire. That’s not surprising when you consider we are taught American examples of black struggle. Not teaching the British examples helps sell the narrative that this issue only happened in South Africa and the United States of America.

That is, of course, not true. In Britain, it was legal to discriminate against someone for the colour of their skin, too. So here are some of the events involved in changing that. 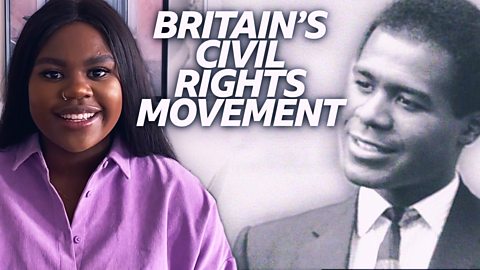 How much do you know about the British Civil Rights Movement?

The Bristol Bus Boycott occurred in April 1963 when the Bristol Omnibus Company had an unofficial colour bar in place. This was a social system in which black and other non-white people were denied access to the same rights, opportunities and facilities as white people.

Not teaching the British examples helps sell the narrative that this issue only happened in South Africa and the United States of America.

Roy Hackett, Paul Stephenson and the rest of the West Indian Development Council recognised how unfair this was so they organised the Bristol Bus Boycott. Black men and women, some of whom were students from Bristol University, protested by refusing to use the city’s bus services.

By August 1963, the Bristol Omnibus Company announced they would lift the bar and allow anyone who was suitable for the role to drive the buses. The boycott had worked, helping change the racial experience in Britain and pave the way for the first Race Relations Act 1965.

The trial of the Mangrove 9

In August 1970, one hundred and fifty protestors marched against the Metropolitan police after claims they had conducted a campaign of harassment against Frank Crichlow, the owner of the Mangrove restaurant. Nine of the protestors were arrested and tried at the Old Bailey. They are known as the Mangrove 9.

The trial is regarded as one of the most influential black power landmarks after Judge Edward Clarke acknowledged that the case showed evidence of racial hatred within the Met. This was the first judicial acknowledgement of racism in the police force.

In January 1981, a fire broke out at 439 New Cross Road in London. Thirteen black teenagers lost their lives. 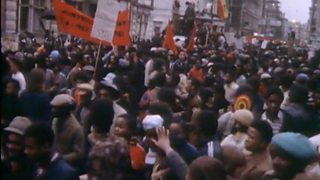 The fire is considered to be one of the worst atrocities suffered by black people in Britain. The response from both the police and the press at the time was to deny that this was a racially motivated crime. This was despite New Cross being known as a race hate capital in Britain.

Black people had died in a London house fire which some feared may have been a racist arson attack. A week after the fire, a committee was formed. By the 2nd March 1981, that committee had assembled over twenty thousand people to march in the Black People’s Day of Action.

They marched across London bringing traffic to a standstill. The march showed the government, press and society that black people refused to continue to be the victims of racism, they would stand up against their oppressors. This wasn’t just black people in London. Black people travelled from all over Britain to join the march.

To say that Britain had no civil rights movement, and write these events out of the history books, eradicates a history that is monumental in developing the full picture of British history.

Erasing this history allows for the idea that Britain was an angel who abolished slavery and helped defeat fascism to flourish. Yes, Britain did abolish slavery but not before she was complicit in it and not until it helped her amass her wealth.

I understand that these instances aren’t the sunny picture of fairness and equality we want to believe that Britain is. However, these are real events from our country’s history. You can’t just erase black history from the history books.