Ed Sheeran to Coldplay: Every band who has starred in Game Of Thrones 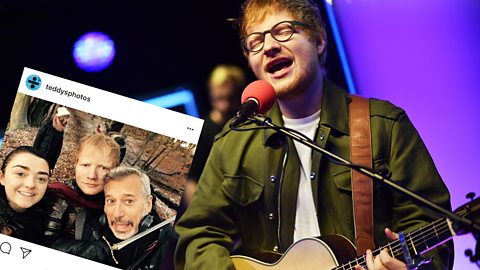 Ed Sheeran made his appearance on Game Of Thrones

Don't worry, it's not too much of a spoiler.

Game Of Thrones is back and the first episode of series seven starred Ed Sheeran in a small, but memorable role.

He was seen performing a brand new song (it wasn't quite as catchy as Shape Of You TBH) but it impressed Arya Stark, who came across Ed with a group of Lannister soldiers.

Ed's role wasn't too crucial to the plot, so don't worry - we've not spoiled any major moments here.

He is the latest and arguably the biggest star to land a cameo in Game Of Thrones and the show's creators, David Benioff and Dan Weiss, said they had been trying to persuade Ed to appear for some time.

There were also rumours that he was booked because Maisie Williams (who plays Arya on the show) is such a big fan.

But of course, Ed Sheeran isn't the first musician to appear on Game Of Thrones. Here's every band who have made a cameo in the show (and one new rumour). He's definitely in good company.

*WARNING: This page is absolutely packed with Game Of Thrones spoilers, so if that's an issue then you should probably go elsewhere*

Ed Sheeran on Game Of Thrones

Ed was confirmed for a cameo in series seven of Game Of Thrones in March 2017, making his appearance in the season's first episode.

He was seen singing an original song (of course) as part of the Lannister army - which makes him a bit of a villain in the Game Of Thrones universe.

He watched the episode with music producer Benny Blanco, who had never seen the show before. Ed posted a video of Benny's review on his Instagram account. "It's pretty good," said Benny.

Ed also posted two photos of himself in full Lannister gear - one a screenshot from the episode and a selfie taken on set with Maisie Williams.

Will Champion, drummer with Coldplay, made a cameo in one of Game Of Thrones most shocking scenes ever, The Red Wedding.

He played a drummer (with ease) at the infamous TV and book event, where the noble Stark family were, err, 'removed' from the plot.

Coldplay also made a Game Of Thrones musical for Red Nose Day in 2015.

Gary Lightbody of Snow Patrol (remember them?) was the first musician to make a cameo in Game Of Thrones in series 3, but like Will Champion, was easy to miss.

He appeared as a Bolton soldier, putting his pipes to use singing The Hold Steady's The Bear And The Maiden Fair, a song written specifically for the show. 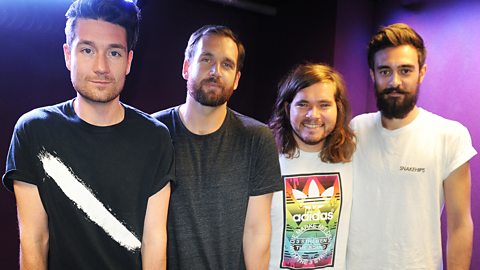 Are Bastille starring in the new series of Game Of Thrones?

Rumours suggest the band filmed a cameo while on tour.

Bastille are believed to have filmed a cameo scene in the next series of Game Of Thrones.

Fansite Watchers On The Wall reports the Good Grief band filmed scenes for series 7 in Belfast while on tour - which means the series will include both Ed and Bastille. We'll find out what their role in the show is when GoT returns to screens in July.

Sigur Ros were lucky to escape Kings Landing with their lives after failing to impress King Joffrey with their song, The Rains Of Castamere, during The Purple Wedding.

Joffrey though, wasn't so lucky, after being poisoned on the day of his marriage to Margery Tyrell. Sigur Ros recorded the song especially for the show to perform during their cameo.

Here's the song they failed to impress Joffrey with

Unlike other cameos, which mostly revolve around murder and bloodshed, Icelandic band Of Monsters And Men made an appearance in a relatively calm scene, soundtracking a performance by a theatre troupe in season six.

According to the band, they had been asking to guest in the show for several years before scoring a cameo in the 2016 series.

They all met with horrible deaths playing wildlings in one of the show's most dramatic and epic episodes yet, as a village was besieged by an army of the undead and White walkers.

Drummer Brann Dailor later said he didn't mind being killed at all and that filming the scenes made him love being in Mastodon more than ever.

And of course, it's not just Game Of Thrones that can tempt musicians to appear.

Kylie Minogue made an appearance in Doctor Who as doomed waitress Astrid Peth in 2007.

And who could forget David Bowie's appearance in Extras?