The Making of The Silent War

This series started as a film about the 1962 Cuban missile crisis from the perspective of four Soviet submarine crews armed with nuclear torpedoes. Some of these submariners were still alive and willing to talk about their experiences. 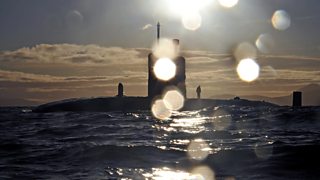 During the development period in late 2010, we were contacted by a growing group of former submariners with a different, but equally fascinating story to tell of what they did during the Cold War. The first of these was Petty Officer Paul Williamson, who was then joined by Captain Dan Conley, and early in 2011 Admiral James Perowne expressed his enthusiastic support for the project. No one knew what these men had done for over forty years beneath the waves. They’d been sworn to secrecy and fought a Silent War.

It was decided that there was a bigger story to be told – the Cold War from the perspective of the submariners from the three main players in this underwater war of cat and mouse – Britain, America and the Soviet Union.

With Dan, Paul and James’s help we contacted British submariners who could fill in the colourful detail of life on board - camaraderie and lavish rations, homesickness and white knuckle bravery - and describe how they trailed the submarines of the increasingly capable Soviet Navy.

Britain and America worked together trailing Soviet submarines. Former US submariner Captain Jim Patton helped introduce us to American crews who were involved.

And our contacts with the former Soviet submariners increased from those we originally spoke to about the Cuban missile crisis to submariners who had served on submarines throughout the Cold War, and even the former Commander-in-Chief of the Soviet Navy, Admiral Vladimir Chernavin. They talked about what it was like knowing that the West had much more advanced detection systems than them and what they did to combat this inequality. As Igor Kurdin, of the St Petersburg Submariners’ Club, puts it “I can’t hear him, but I have to assume he’s right beside me”.

Despite for forty years being underwater adversaries, the submariners of all nations were similar. Undoubtedly patriotic, having fought for their countries all those years, there is a submariner fraternity which transcends national borders. Hearing them today, there is a sense that much more united them than kept them apart.