Alternately lush and inviting, magical and mysterious, dark and forbidding, forests have loomed large in literature, music and art for hundreds of years. Even on paper, they’re an exciting, sometimes menacing symbol of the unknown; a reminder of realms both physical and spiritual that remain unexplored.

Some of the most memorable forests in literature are to be found in children’s books, where they’re home to talking animals, fairies, wolves and even the odd gigantic spider. Join us on a powerfully nostalgic journey through the forests of childhood classics, from Narnia to Harry Potter…

Something cold and soft was falling on her. A moment later [Lucy] found that she was standing in the middle of a wood at night-time with snow under her feet and snowflakes falling through the air…
– CS Lewis, The Lion, The Witch and The Wardrobe (1950) 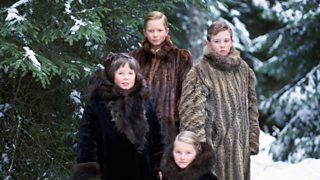 In later books, CS Lewis’ Narnia is a lushly forested idyll. But here, when Lucy first enters Narnian forest through the back of the wardrobe in The Lion, The Witch and the Wardrobe, she finds its branches blanketed in snow and ice. We discover that the White Witch has cast a spell to make it “always winter, but never Christmas”, preventing the growth of a magical tree that would topple her cruel reign.

Those frozen trees aren't the only woods to feature in the Narnia universe. The series prequel, The Magician’s Nephew, sees Digory and Polly stumble into the magical Wood between the World, an eerie place that enables travel between our world and countless others including Narnia and the desolate, forbidding Charn.

Is there anything more nostalgic than the whispering of Enid Blyton’s Enchanted Wood? This beloved series, dating back to the 1940s, follows the adventures of three children, Jo, Bessie and Fanny, who venture into the woods near their home and discover The Magic Faraway Tree. This was the tree that inspired every child who read about it to yearn for their very own slippery-slip – a marvellous slide that takes the user all the way to ground level via a trapdoor in Moonface’s circular treehouse room.

Needless to say, it doesn’t end altogether too well for Pooh in this episode from chapter one of the very first Pooh Bear story. Yet it’s hard to think of a less threatening forest than this one – perhaps because Pooh’s forest doesn’t contain lots of tall, dark trees. 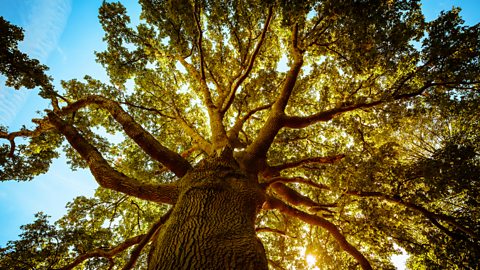 AA Milne set all of Pooh and Christopher Robin's exploits in the real location of Ashdown Forest – a medieval hunting forest in East Sussex composed of open heath alongside wooded areas. It’s easy to follow in Pooh’s footsteps, with plenty of walking routes that visit the scenes of his adventures. The game of Poohsticks, for example, was originally played on a bridge in Posingford Wood – where, fittingly, you can now queue up with other Poohvians for selfies.

Listen: Rosamund Barraclough braves the fearsome heffalumps to step into the world of AA Milne for The Essay.

4. The Forbidden Forest at Hogwarts

They walked for nearly half an hour, deeper and deeper into the Forest, until the path became almost impossible to follow because the trees were so thick. Harry thought the blood seemed to be getting thicker...
– JK Rowling, Harry Potter and the Philosopher’s Stone (1997)

This hair-raising quotation shows Hogwarts’ Forbidden Forest in all its threatening, vaguely nightmarish glory. The forest is a constant in the Harry Potter novels: a place where illicit meetings are staged, secrets are concealed and stark warnings offered to wizardkind. Most horrifying of all, it’s home to hundreds of huge spiders, hungry for human flesh...

As symbols for danger and the unknown go, the Forbidden Forest is pretty strong. So, what do you do with the students who have proved themselves the naughtiest, boldest, and most rule-breaking ever to have attended Hogwarts? Escort them to the place they’re least supposed to go and call it detention, of course. What could possibly go wrong?

She ran off the path into the woods looking for flowers. Each time she picked one she thought that she could see an even more beautiful one a little way off, and she ran after it, going further and further into the woods…
– Jacob and Wilhelm Grimm, Little Red Cap (1812) 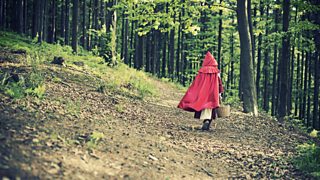 Little Red Riding Hood is one of Europe’s very oldest fairy tales, with versions of the story found as early as the 10th century. In most of the stories, a naive young girl in red is sent out alone into the woods to deliver food to her grandmother. What happens next varies from telling to telling, but it’s fair to say that the forest does not come out of it well.

Listen: Join Chris Riddell and Eleanor Rosamund Barraclough in the dark Germanic forest of the Brothers Grimm – and don't forget the breadcrumbs.

6. The forests of Middle Earth

There was a silence, for suddenly the dark and unknown forest, so near at hand, made itself felt as a great brooding presence, full of secret purpose.
– JRR Tolkien, The Two Towers (1954)

The landscape of JRR Tolkien’s Middle Earth is complex, extensive and packed with forests, each with its own detailed history spanning many thousands of years. It’s all available to research in Tolkien’s legendarium: the collection of works that supply the background history and mythology of Middle Earth.

Each forest has an important role to play in the tangled plot of the Lord of the Rings trilogy; they often help the characters to transition from one part of the story to the next. One of the most memorable is the mysterious and magical Lothlórien, where the Fellowship of the Ring first meets the queen of the forest, Lady Galadriel. The Forest of Fangorn (described above), meanwhile, is home to the Ents, huge walking talking tree-beings who ultimately destroy the evil Saruman’s stronghold in Isengard.

Listen: The great forests of Middle Earth are explored by Eleanor Rosamund Barraclough and Mark Atherton in The Essay.

INTO THE FOREST: BBC Radio 3's long-running season of programmes and features exploring the enchantment, escape and magical danger of forests. Find out more on the season homepage.