So you want to get fit AND boost your brain power? Well, if you choose your exercise carefully, you can get the best of both worlds. There’s fascinating new research on the benefits of strength exercises – how doing a few minutes of daily resistance exercises can provide a wealth of benefits to your muscles, heart and brain. In the latest episode of his new podcast, Just One Thing, Michael Mosley explores the surprising advantages of his two favourite resistance exercises –the press-up and the squat. 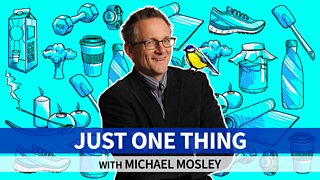 Listen to Just One Thing - with Michael Mosley: Intelligent Exercises 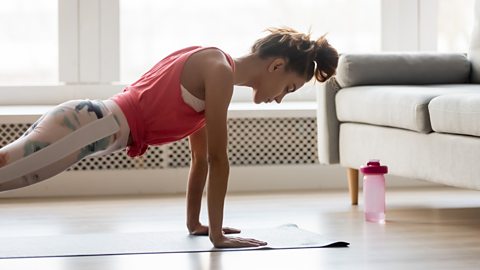 Can press-ups and squats make you cleverer?

Press-ups and your heart

Press-ups are great exercises because they give your whole body a workout, require no equipment and can easily be done anywhere and at any time. A recent study in the US involving over 1,100 firefighters and lasting over ten years, found that press-ups came out on top as one of the best predictors of your risk of heart disease – above and beyond other types of body weight exercises. Although the exact mechanisms aren’t yet clear, press-ups seem particularly well-suited to giving your cardiovascular system a good workout.

As well as press-ups, there’s one other exercise you should add to your day: the squat. Squats are repeatedly used by trainers as a great way to improve strength and stability. They work several muscle groups, from your calves and quadriceps to your abdominals and your glutes. But recent research suggests they might have another, more surprising benefit…

Squats and your brain 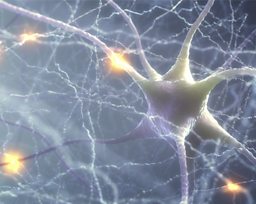 Squats are one of the best exercises around for improving brain function. “You don’t need to be huffing and puffing and really pushing yourself hard in the gym to target certain parts of the brain,” explains Prof Damian Bailey from the University of South Wales. “You can do some really neat little exercises that don’t really feel like you’re exercising at all and which stimulate the brain really quite remarkably; you can be smart for the brain – it's about intelligent exercise.”

Prof Bailey has found that just three to five minutes, three times a week can be even better for your brain than 30 minutes of steady-state exercise, like a run or a walk.

In an experiment, Prof Bailey attached blood-flow measuring equipment to participants brains as they did squats. He says the sound of blood flow was the first clue as to why squats might be having such a big effect on the brain: “They didn’t look as if they were doing a great deal, but you could hear this huge washing of blood moving into the brain.”

As you squat, you move your head up and down against gravity. Your blood vessels attempt to buffer changes in blood pressure and act like shock absorbers for the brain. But the system is not perfect. As you go up and down, the blood flow speeds up and slows down quite drastically. “It is really quite remarkable,” declares Prof Bailey. He discovered that it was this unique type of blood flow in the brain that was responsible for the benefits.

You might think of blood vessels as inert tubes – a type of plumbing – but that’s far from being the case. Each blood vessel has its own live inner layer that responds to changes in things like blood flow, and releases a wealth of chemicals. As your vessels work hard to keep your brain well-supplied with oxygen, the cells in the live inner lining release good molecules that act like fertiliser for the brain. These “good soldiers”, as Damian calls them, move into the brain tissue and stimulate new connections, new neurons, new cells, working ultimately to make you just that little bit smarter.

It’s never too late to start

If you haven’t been doing much exercise, don’t fret, because those who are not as fit get the biggest brain benefits from this exercise because their brains are not as used to cushioning the changes in blood flow. The more fluctuations in blood flow, the more good chemicals are released. 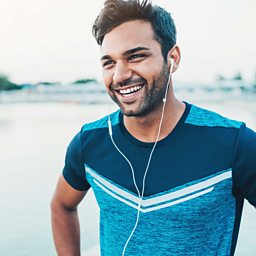 And there is one more thing you can do if you want to go a step further, and really get those good soldiers going...

Bring on the podcasts

Listening to music, concentrating on a podcast, or even watching TV as you are doing the squats will increase blood flow to the brain and get those blood vessels releasing even more good chemicals. “It's the double whammy” – the perfect concoction to get the good soldiers going.

So next time try adding some press-ups or squats to your daily routine. While you're doing it, why not try listening to a podcast or reading a book – your brain will certainly thank you for it.

To find out more, listen to Just One Thing: Intelligent Exercises.

Just One Thing... for your health and wellbeing