Back to school with the podcast university

As the kids return to the classroom and students gear up for a new year at university, it's time to flex your own grey matter. Avoid expensive tuition fees by enrolling at the podcast university. Delve into our selection of some of the most intriguing podcasts guaranteed to make you smarter. 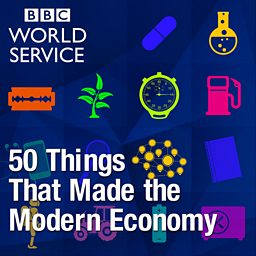 "Tim Harford tells the fascinating stories of 50 inventions, ideas and innovations which have helped create the economic world."

This series from the BBC World Service didn't invent the format of explaining a complex subject matter through the telling of individual stories, but it certainly utilises the form to great effect. Each nine minute episode takes a specific subject matter (e.g. diesel engine, contraceptive pill or insurance) and gives a clear and concise history of how that idea or invention came into being and the influence it had on the evolution of the modern global economy. The telling of individual stories helps us get a handle on an otherwise incomprehensible subject. 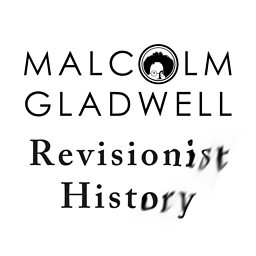 "Revisionist History is Malcolm Gladwell's journey through the overlooked and the misunderstood. Every episode re-examines something from the past—an event, a person, an idea, even a song—and asks whether we got it right the first time."

This intriguing podcast series presented by the Canadian writer Malcolm Gladwell (author of The Tipping Point) takes one historical event and uses it as a springboard to re-examine some preconceived notions. Amongst others, Gladwell asks the questions: Does the success of an outsider alleviate discrimination or perpetuate it? Why do smart people do dumb things? And why does time change our perspective of genius? British audiences of a certain age will particularly enjoy his conversation with comedian Harry Enfield about whether or not satire actually works. 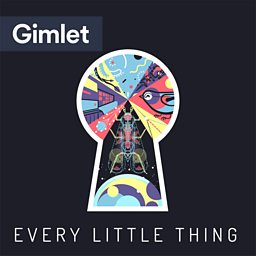 "Turn over the rock, peek through the keyhole, go down the rabbit hole. There’s always more to it. A new show from Gimlet Media, hosted by Flora Lichtman."

Having been founded in 2014, Gimlet are a relatively new kid on the podcasting block. But with over a dozen podcasts past and present under their belt, they've grown a loyal following. One of their most recent endeavours is Every Little Thing in which they take an unrelated topic each week and probe it in detail. It's definitely one for the curious minded. With episodes on subjects as diverse as where office plants come from and what information the government keeps on us, you are constantly amazed by what you didn't know you didn't know. 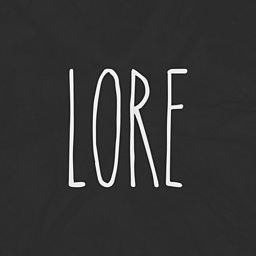 "Lore is an award-winning, critically-acclaimed podcast about true life scary stories. Our fears have roots. Lore exposes the darker side of history, exploring the creatures, people, and places of our wildest nightmares. Because sometimes the truth is more frightening than fiction."

Through the lens of folklore, this wonderfully quirky podcast explores true stories from history which illuminate the darker side of humanity. Each episode takes a particular theme which the host and producer Aaron Mahnke then presents a series of stories about using only historically accurate information. "All of the material is from documented stories or historical events. Some are ancient and some are modern, but they are all factual in the sense that people reported these things and believed they were true," Mahnke said. The episode Echoes, all about asylums, is a great place to start. 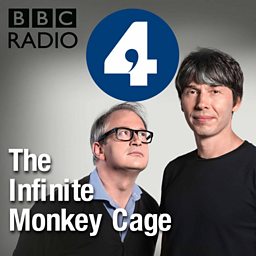 "Witty, irreverent look at the world through scientists' eyes."

Possibly one of the most entertaining shows dedicated to science, The Infinite Monkey Cage not only makes understanding difficult scientific concepts accessible and understandable, but thoroughly enjoyable as well. The popular show has been broadcast on Radio 4 since 2009 and each episode is released as a significantly extended podcast. It is hosted by the witty stand-up comic Robin Ince and the hugely popular physicist and presenter Brian Cox. Recorded in front of a live audience, each week they are joined by three guests to chat about topics including everything from space exploration and parallel universes to the science behind sleep and music. 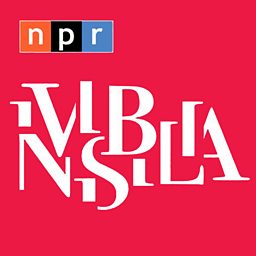 "Invisibilia (Latin for invisible things) is about the invisible forces that control human behavior – ideas, beliefs, assumptions and emotions. Co-hosted by Lulu Miller, Hanna Rosin and Alix Spiegel, Invisibilia interweaves narrative storytelling with scientific research that will ultimately make you see your own life differently."

If you're remotely interested in the things that shape human behaviour, how we perceive the world and how we interact with each other, then this one from NPR is an absolute must. Each episode focuses on a specific 'invisible' force which has an impact on our lives. For example, in the very first episode The Secret History of Thoughts, they ask the question "are my thoughts related to my inner wishes and do they reveal who I really am?" Invisibilia is a master class in speech audio. It combines top notch storytelling and sound artistry with accurate and informative research in a way that engulfs your attention and leaves you wanting more. 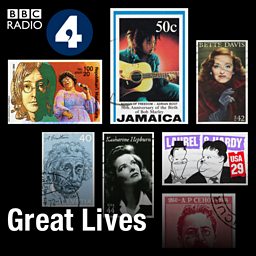 "Biographical series in which guests choose someone who has inspired their lives."

Great Lives has been a regular in the Radio 4 schedules for over 15 years and it works perfectly as a podcast. In each episode a famous guest is asked to nominate the person they feel is truly deserving of the title "Great Life". They then discuss that life with presenter Matthew Paris and a recognised expert who could be a biographer, family member or fellow practitioner. Having an advocate who clearly respects and admires the person in question to tell their story is a fantastically engaging way of exploring someone's life. With 43 series under their belt, they've told the story of everyone from Clement Attlee and Mother Teresa to Katherine Hepburn and John Lennon. One particularly memorable episode is where David Trimble explains his devotion to Elvis Presley. 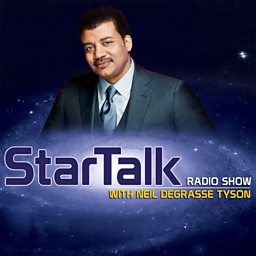 "Science, pop culture and comedy collide on StarTalk Radio! Astrophysicist and Hayden Planetarium director Neil deGrasse Tyson, his comic co-hosts, guest celebrities and scientists discuss astronomy, physics, and everything else about life in the universe. Keep Looking Up!"

If you're a space nerd, this one is definitely for you. If you're not a space nerd, this may well turn you into one. The smart and endearing physicist and science communicator Neil deGrasse Tyson presents this chat show style podcast which, as Neil puts it, explores “everything under the sun; Or rather under the universe!” And he's not wrong. There's episodes devoted to everything from space travel and extra-terrestrial life to the role science plays in our lives and the future of our Earth and the environment. Tyson is joined each episode by comedian co-hosts, celebrities, and other special guests.

Stuff You Missed in History Class 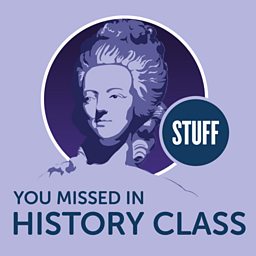 "Join Holly and Tracy as they bring you the greatest and strangest stuff you missed in history class in this podcast from HowStuffWorks.com."

This one pretty much does exactly what it says on the tin. The point of the podcast is to cover stuff your history class didn't. The hosts Tracy V. Wilson and Holly Frey clearly love what they do. They're genuine history buffs and take you on engaging explorations of the most fascinating events in the world. With bi-weekly episodes, they now have a few hundred episodes in their vaults. Everything from a look at the story of 15th Century astronomer Copernicus to the history of NASA gets the Stuff You Missed... treatment and we're all left a little bit cleverer as a result. 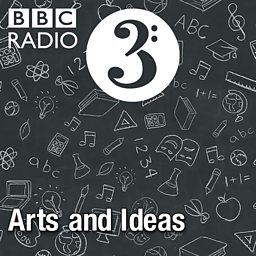 Being Radio 3's flagship programme about arts and ideas, listening to this one will definitely make you feel incredibly clever. Featuring some of Radio 3's smartest presenters such as Anne McElvoy, Matthew Sweet and Philip Dodd, the series ponders everything from the concepts of narcissim and outsiders to books, movies and art. 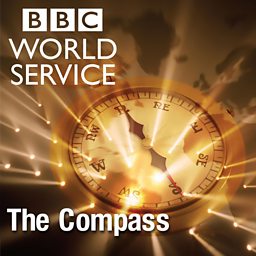 "The Compass - exploring our world."

Whilst incredibly accurate, the above description from their own website criminally undersells this amazing series produced by the BBC World Service. It's remit is hugely wide ranging and essentially dedicates itself to top notch journalism about everything in our world and beyond. It's a series which only an organisation like the World Service would be able to produce. There are standalone episodes as well as mini-series of about 3 - 5 episodes. The Islam, People and Power series was a particularly memorable investigation of the relationship between Islam and the state. 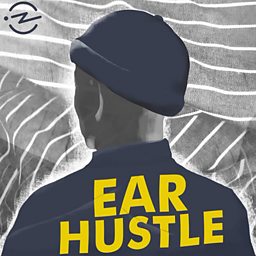 "Ear Hustle brings you the stories of life inside prison, shared and produced by those living it."

Surprising, often moving insights into prison life from inmates at California's infamous San Quentin Prison. Most of people behind this Radiotopia podcast have been in jail for many years - and some are going to be there for the rest of their lives. The episode called The Boom Boom Room deals with the tricky business of getting intimate with your partner when you're behind bars. 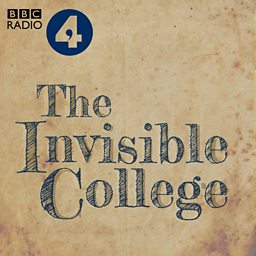 "Lessons in creative writing from a ghostly array of great novelists, poets and playwrights such as Ted Hughes, W.B. Yeats and Allen Ginsberg."

In this intriguing podcast series originally broadcast on Radio 4, Dr Cathy FitzGerald presents a series of 18 lessons in creative writing. Using archive recordings of notable writers, each episode is a mini-lecture on an important aspect of what it takes to be a successful writer and the process behind it. From creating characters and finding your story to dealing with critics and writers block, the series is an absolute must for aspiring writers and simply fascinating for everyone else. A Workshop with Allen Ginsberg will give you a good sense of what the series is all about. 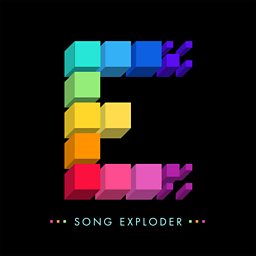 "Song Exploder is a podcast where musicians take apart their songs, and piece by piece, tell the story of how they were made. Each episode features an artist discussing a song of theirs, breaking down the sounds and ideas that went into the writing and recording."

This is a podcast for anyone with even just a passing interest in great song writing. The presenter Hrishikesh Hirway lets the artists do the talking and at the end of each episode you’ll find yourself noticing and appreciating details you’d have otherwise missed. Now over 100 episodes strong, it has featured the likes of Iggy Pop, Metallica and U2 as well as more modern acts like tUnE-yArDs, Dirty Projectors and Unknown Mortal Orchestra. We’re treated to weird and wonderful insights, from Grimes writing Kill V. Maim to prove to a guitarist that she could make hard, aggressive music, to Weezer’s Rivers Cuomo revealing his exhausting-sounding system of spreadsheets, anagrams and hip hop ad-libs to create songs. The Björk episode is a great place to start. 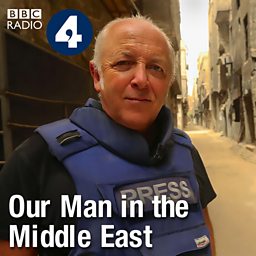 "Jeremy Bowen presents a personal history of the Middle East."

If you want to understand the Middle East better, this is the place to start. The BBC’s Middle East editor, Jeremy Bowen, has been reporting from the region for more than a quarter of a century and in this compelling series, he reflects on the major events he’s covered in that time. A podcast listener sums it up in this review: “First class journalism, brilliantly done. Just outstanding”. If you want to listen to one episode to get a flavour, we’d recommend All Flesh Is Grass in which Jeremy recalls the devastation of the first Gulf War.