Can smart pills and brain hacks make us more intelligent?

Our generation’s great technological revolution will be neuroscience, according to journalist David Adam. At the Hay Festival he explained how he used electrical brain stimulation and ‘smart pills’ to try to raise his IQ – and cheat his way into Mensa. ALASDAIR MACRAE considers his claims.

What if you could take a pill to become smarter? This question has long been confined to the realm of science fiction, from novels like Flowers for Algernon to Hollywood films such as Limitless or Lucy.

Typically these stories feature a fictional ‘smart-drug’ or experimental procedure that unlocks the full potential of a person’s brain, granting genius-level intelligence, incredible mental focus, and even mastery over their own physical skills as their co-ordination becomes hyper-charged.

Sound far-fetched? Well, brain hacking may be more real than you think.

Science journalist David Adam is the author of The Genius Within, an in-depth report from the forefront of neuroscience (i.e. the field of studying the human brain).

In the book, he points out that scientists are already researching cognitive treatments for various mental disorders – and it’s only a matter of time before this research could be applied to boost a healthy brain beyond its normal capabilities.

“Already people are building their own brain stimulation kits and self-experimenting to try to increase their memory, attention and maths skills. Already tech companies are selling ready-built consumer versions.”

Intrigued by these DIY brain hackers, Adam did some self-experimentation of his own. He would see if he could increase his IQ enough to cheat his way into Mensa.

Mensa is an international society for people with a high IQ (intelligence quotient), and its only qualification for membership is an IQ in the top two per cent of the population.

Adam decided he would sit the entrance test once to get his starting IQ, and then sit the test again one year later, using these brain hacking techniques, to see if he could demonstrably boost his brainpower.

As for the techniques in question, he’d go for two of the most popular amongst the amateur brain hackers: the aforementioned smart pill modafinil, and stimulating his brain with electricity. 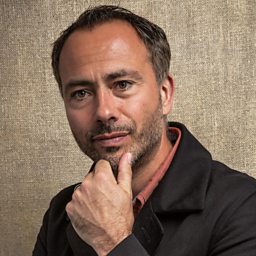 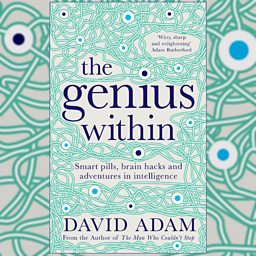 Originally developed as a treatment for sleeping disorders, modafinil is a drug that promotes wakefulness and alertness, and it wasn’t long before it was being used outside the medical world as a mental stimulant. Video gamers, professional athletes, students and soldiers have admitted taking it in an attempt to enhance reaction time and improve concentration.

Adam wanted to see what all the fuss was about and set about procuring these pills. It is illegal to sell modafinil in the UK, however, so he had to order the pills online from abroad, which carries significant risk – there are many deaths each year from counterfeit medicine laced with dangerous substances when buying from unknown sources. Fortunately for him, Adam was able to pay a university lab technician to discreetly test his newly-delivered drug.

Satisfied that the pills were genuine, he took his first modafinil one morning and went to his usual coffee shop to write. He usually only managed about two hours of useful writing per day, but not this time.

“Several hours in and I was still alert,” he writes. “The screen seemed bigger and more welcoming. I felt like I was leaning in, the words as they presented themselves seemed to be close and moving smoothly and quickly. This was terrific. If it was a placebo effect then bring it on.”

However, he noticed some side effects: “Alongside the welcome sharpening of my senses I felt impulsive and my fingers were twitching when they weren’t striking the keys. I stroked my unshaven chin a lot. I didn’t think I would like to drive. I hadn’t spoken or stood for two hours. I felt like I didn’t want to. My head felt like it was where it was all happening.”

While modafinil is generally considered safe in the short-term, the long-term effects are unknown, and behavioural changes may differ from person to person. Some users have suffered from sleep-disruption, and a 45-year-old woman in Turkey who was prescribed the drug as treatment for excessive sleepiness ended up developing hypersexuality and saw a massive increase in her libido. 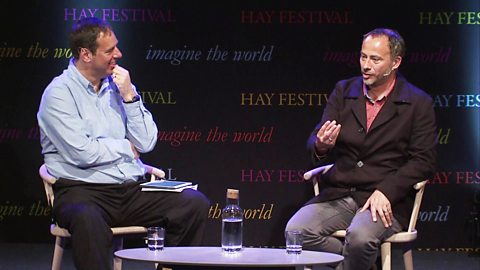 If a pill could make you smarter, should we demand surgeons and judges take them?

The experimental use of electricity to treat physical or psychological ailments (electrotherapy) has been around since Victorian times – usually on asylum inmates or low-ranking soldiers who weren’t in a position to refuse. However, more reputable tests in recent years have suggested that mild electrical stimulation of the brain can speed up mental processes with minimal side effects.

Given the potential these findings could have for productivity, many members of the public became keen to try brain stimulation for themselves, and began building or ordering unregulated kits that connect batteries to their heads via electrodes, using them in an attempt to improve their attentiveness, reaction times, and memory.

Adam was able to purchase a budget brain stimulator a few months before his second Mensa IQ test, and began experimenting for himself. His research taught him that the electrodes should be aimed at the part of the brain you want to stimulate; for example, when Adam wanted to see if he could improve his endurance on a rowing machine, he’d place them on the part of his head over his motor cortex.

For the IQ test, he instead targeted his anterior temporal lobes, which relate to lateral thinking and would be useful for the kind of pattern-recognition questions on the Mensa entrance exam. However, it had an unintended side-effect:

“I wet the electrodes and tucked them under the hat, one on each side of my head. And then as I turned the switch from off to 2mA an extraordinary thing happened. A flash of light shot across my vision, a tracer bullet passed through my brain. That hadn’t happened previously when I targeted the motor cortex. I gasped, and my wife – already nervous about my self-experimentation – leaned forward ready to pull the plug on it.

“It was a phosphene, a pinprick of light not there and created only by the electrical stimulation of the retinas at the back of my eyes, or more likely my brain’s visual cortex… Phosphenes are harmless, but they do show that messing with the brain using electricity can have unexpected effects.”

While this form of electrical stimulation is generally observed to cause ‘minimal discomfort’ in the short term, the long term side effects have not been studied and in some experiments users have experienced a burning pain when participating.

Electrical brain stimulation developed from electroconvulsive therapy (such as Jack Nicholson's character received in 1975's One Flew Over the Cuckoo's Nest, pictured), which has been used as treatment for mental disorders for decades | Image credit: Collection Christophel / Alamy Stock Photo 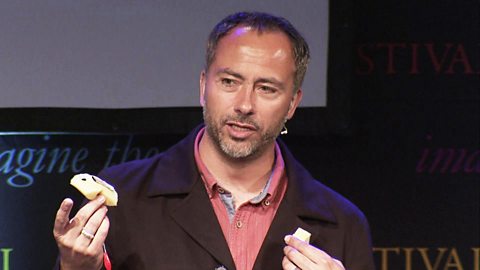 Would you actually do this to try and make yourself smarter?

Look what journalist David Adam put himself through to try and boost his mental processes.

The future of brain hacking

Adam mentions other ways science is examining brain boosting in The Genius Within. Some experiments have been done to see if classical music has a positive influence on learning; meanwhile, an entire industry has built up around the idea of regular ‘brain-training’ i.e. using puzzles and other mental exercises to stave off cognitive decay.

Scientists in China are experimenting with high-oxygen environments normally used for scuba divers; parents are already lining up to book their children into these oxygen-rich tanks the night before they sit exams.

And at the prestigious Beijing Genomics Institute, experts are searching for the genes that provide increases to intelligence. Theoretically, if these could be genetically-engineered, humans of the future could have IQs over 1,000.

That’s way beyond the scope of Mensa’s IQ test, which Adam sat for the second time after a week of regular electric brain stimulation, and having taken a modafinil smart pill that morning. It appeared his brain hacking paid off - his new IQ was 10 points above his previous year’s.

I don’t claim that this is a way of improving intelligence. But what I can tell you is that if my IQ had not gone up by ten points, I probably wouldn’t be up here talking to you now.
David Adam to his Hay Festival audience

The author freely admits that his home-grown brain experiment is not truly scientific. For example, because he took modafinil on the morning of the IQ test, he has no idea if the electrical stimulation had any effect. Also, it was his second time doing the test, so perhaps he simply knew what to expect – or maybe there was a placebo effect, as he wanted the neuroenhancement to have worked.

However, he sees himself as a case study and hopes his experience will encourage neuroscientists to study this more closely. After all, cognitive enhancement is going to happen regardless – the black-market smart pills and DIY electrotherapy headsets can attest to that.

Neuroenhancement could drastically change the way we view intelligence in society, and evidently people aren’t going to just sit and wait for it. As far as Adam is concerned, science should endeavour to lead this technological revolution safely and fairly.

The Genius Within: Smart Pills, Brain Hacks and Adventures in Intelligence by David Adam is published by Picador.