I discovered my father was a Malaysian prince

"Who are you?" is a particularly complicated question for Keith Williams to answer. The retired coal merchant from Pen-y-groes in Carmarthenshire was adopted as a toddler back in the 1960s, and much of his identity was formed by the Welsh couple who took him in as their son. When he decided to get in touch with his birth mother, he uncovered a family history worthy of a fairy-tale.

In Life Changing, Jane Garvey speaks to those who have experienced extraordinary events that have reshaped their lives beyond recognition. Here’s how Keith discovered he was the son of royalty.

In her podcast series, Life Changing, Jane Garvey talks to people who have lived through events that have set their lives on an entirely different course.

It's all about the human experience – how people deal with obstacles that turn their lives upside down. The journeys are not always straightforward and there are often some remarkable discoveries along the way.

Back to the beginning

Keith says that who he is, and who he’s always been, is the son of a coal merchant and a "wonderful" stay-at-home mother. His father was devoutly religious, and a well-respected pillar of the local community; his mother was incredibly attentive and made sure her son wanted for nothing when he was growing up. Keith was 13 years old when his mother told him that he was adopted, yet he says he “thought nothing of it.”

His parents had tried to have a baby for a decade before they decided to adopt. Knowing their situation, a friend of Keith’s father told him that there was a little boy in a local children’s home that they would love. “He called in there one day on his own,” recounts Keith. “He had been up that way delivering coal and he called in on his way back; as soon as he went in, I ran up to him. I had a mop of blond hair at that time, although it went black as I got older. So I was a mop of blond hair, about 18 months-old, and I ran up to him – like an attraction.” Staff at the home asked if he would like to take Keith home to show his wife, Moira. “Once my mother had seen me, she just fell in love with me,” he recalls, and so the couple began the adoption process. 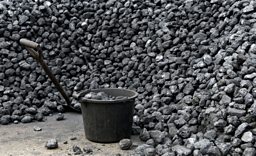 Keith Williams grew up and worked in that most iconic of Welsh industries – coal.

“It wasn’t something that I felt was urgent,” Keith reflects, when considering why he didn’t track down his birth parents till much later. Keith and his wife went on to have three children of their own, a girl and two boys. When his daughter Melanie had a child of her own, she moved back in with Keith and his wife. She asked Keith why he’d never looked for his birth mother. And so the search began.

“I found my birth certificate, and I found that my name was Hodge. Jonathan Keith Hodge.” Keith’s search began with a Llanelli bike shop, which he knew was run by a "Hodge", but the shop had shut. From there, he went to the local register office and discovered his birth mother’s name: Elizabeth Rosa. He traced her to Deeping St James, a village in Lincolnshire. A member of staff from the local Post Office there directed him round the corner to the home of a former midwife, who in turn put him in touch with an aunt of Elizabeth (or "Betty" as she was known) who lived down the road.

Keith paid Betty’s aunt a visit. “She knew what I was there for,” reflects Keith, even though he hadn’t explained himself to her. Betty’s aunt handed him a photograph: “It was very emotional, you know?” Keith reflects, on seeing his mother’s face for the first time. He wrote to Betty as soon as he returned home, and received a reply within days. “She said, ‘I’ve been waiting all these years to hear from you, and I’d love to meet you.’” They met at a Hilton Hotel just outside Peterborough. “I was a bag of nerves. She walked through the door, our eyes met and we just hugged. We just hit it off. It was a fantastic moment.”

The son of a sultan

Keith asked after his father on his first meeting with Betty. She presented him with a bundle of papers, tied up in ribbon, containing letters and photographs. “She was giving me dribs and drabs. From that stack, she gave me just a handful: his photograph, and a palace. She said my father was a Malaysian.”

It was very emotional, you know, seeing my mother’s face for the first time.

Betty had been training as a nurse in London when she met a man who was studying there. “He told her he was a prince, and gave her a photo of his mother and his father – separate photographs. Now if it was just a fling, a one-night stand, you don’t go giving photographs of your parents. So he was obviously into her and they were quite serious,” muses Keith. “He used to treat her like a princess.”

After being raised by her grandmother, Betty had been placed in the care of the local authority in Wales. In her teens, she had moved to Carshalton in South London for her hospital training. After meeting the Malaysian sultan, she fell pregnant, and was called straight back to Wales by the authorities.

They encouraged Betty to sign away her son. “She wanted to keep me. She was my birth mother, so legally they couldn’t take me off her without authorisation. So she wouldn’t sign the first letter. Somebody must have tried to persuade her. It was all to do with money, so she had to sign it – under duress to a point. It was intolerable, she was only about 17.” Keith’s birth father returned to his homeland, and the young couple lost touch.

From Myspace to Malaysia

Betty knew Keith’s father as Robert, but his Malaysian name was Idris Iskandar Al-Mutawakkil Alallahi Shah. He was the 33rd Sultan of Perak and died in 1984. Discovering his father’s identity was a lot for Keith to take in: “It absolutely knocks your head off. It’s surreal, isn’t it?” His youngest son Timothy managed to track down one of Keith’s half sisters on Myspace. “All of a sudden popped up the photograph of my father with all of his regalia; the identical photograph that Betty gave me.” Keith decided to send his half-sister, Ku Ess, a message, pretending he was researching Malaysian royalty. Ku Ess then put Keith in touch with one of her brothers, and Keith revealed his true identity. “He said, ‘I can’t not believe you’ and gave me a list of all the siblings, all thirteen of them.”

In 2015, Keith and Timothy made the journey to Malaysia and travelled to Perak, where they were able to visit the sultan’s resting place. Keith had made plans to visit the four of his siblings he’d made contact with, but three of them distanced themselves from him before his arrival. Ultimately, it was just Ku Ess who came to meet him. Keith is stoic about this: “It is what it is, we just have to try and move on. The one thing I would have liked, to finish it off, would have been to meet a few of my siblings, just socially, have a cup of coffee. I’m not interested in the politics of it, trying to get positions, I’m not interested in that.” 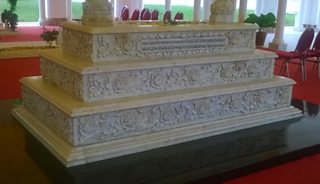 Keith's photograph of his father's tomb in Malaysia

“A piece of the jigsaw”

Keith has never taken a DNA test to prove his royal lineage, but he has taken an ancestry test to discover where his relatives hail from. This confirmed he did indeed have roots in Malaysia. “Although I’m happy that I am what they say I am, that he is my father, to have the DNA – it would be nice to have it. I can’t see it happening to be honest.” As well as his 13 Malaysian siblings, Keith discovered that Betty had gone on to have other children too, meaning he had another two half-sisters and a half-brother.

Keith reflects that life could have been very different had he and Betty travelled to Malaysia with his father, yet he knows how lucky he was to receive the upbringing his adopted parents gave him. “I was very fortunate to have been taken in by a couple that adored me as their own and brought me up well.”

Knowing what he now knows, who would Keith say he is? “I’m a retired man from the village. I’m just an ordinary person, that’s how I look at myself. I am who I am, and that’s it.”