Since the early day of cinema, filmmakers have been exploiting our deepest, darkest and most elemental fears. In Mark Kermode's Secrets of Cinema: Horror, the award-winning critic reveals the key techniques and conventions keeping us on the edge of our seat.

Location is absolutely key when it comes to frightening us, says Mark Kermode. "Horror movies are full of people going places they really shouldn’t. If people didn’t go into ‘the scary place’, horror movies would be a lot shorter, and a lot less frightening.

"And the fact is that, from our childhood, we are inexorably drawn to dangerous environments – that’s one of the reasons we watch horror movies."

For Kermode, one of the archetypes of 'the scary place' in cinema can be found in The Haunting, a film adapted from the novel The Haunting of Hill House. He says: "The house itself has a gothic quality, echoed by Stanley Kubrick in the exteriors of the Overlook Hotel [in The Shining]."

He adds: "The best horrors seem to imitate the fragile, visceral quality of your worst nightmares, some of which were spawned in your youth; transcending reality and making us feel like no other genre does. And ‘the scary place’ plays into that fear brilliantly." 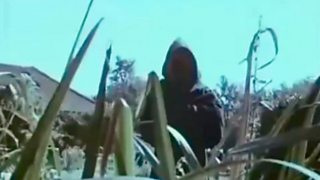 Even public information films use the techniques of horror.

Monsters matter, says Kermode. "Horror movies need their monsters - whether it’s Dracula or Freddy Krueger; Henry the serial killer; a roaming demon; a stalking wraith; or a ravenous beast. One actor who paved the way for many of the scariest monster incarnations to follow was Lon Chaney.

"One of Chaney’s most famous roles was that of the scarred composer in The Phantom of the Opera (1925). During the scene where Christine pulls the mask away to reveal the Phantom’s horrifying features, audiences were reported to have screamed and fainted – not unlike those at the first screenings of Psycho or The Exorcist."

But Kermode points out that monsters don’t always look so terrifying at first glance. "The central character of Robert Bloch's 1959 novel Psycho had been inspired by news stories of the so-called Wisconsin Ghoul, Ed Gein.

"Gein was a killer and a grave-robber whose crimes came to light when he was arrested in 1957. But what proved shocking was that Gein looked like a normal person.

"When Alfred Hitchcock cast Anthony Perkins as Norman Bates in his film of Psycho, he was looking for a lead who didn’t look like a monster – thereby amplifying the surprise and the terror. Whereas in Bloch’s novel, Norman is a repulsive figure, Hitchcock chose the handsome, sensitive Perkins.

"Since then, Ed Gein has gone on to inspire an entire canon of horror icons, ranging from the drooling necrophiliac Ezra Cobb in Deranged to the transformational Buffalo Bill in Silence of the Lambs." 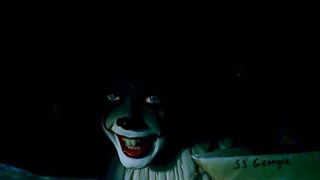 Clowns are meant to make us happy...

During the Phantom of the Opera, audiences were reported to have screamed and fainted

For Kermode, sound is crucial to the genre. He says: "Most horror films screened without sound would be vastly diminished without their troubling score, creepy hints of looming danger or, at times, an ominous silence. The pictures dominate our impression but the sound is where much of the effect is achieved."

Kermode is a big fan of Oriol Tarragó. He says: "It was while watching The Orphanage, on which Tarrago was sound designer, that I really started to be aware of his work."

The painstaking work involved in creating the desired effect is incredible, says Kermode. "Describing the house in which the ghostly action [of The Orphanage] unfolds as ‘one more character in the movie’, Tarrago went out of his way to make it sound right.

"He travelled to a remote house in the mountains where he recorded natural sounds from both inside and outside - steps from different floors, bangs on wooden beams, the creaks of an old staircase."

Kermode argues that pursuit is a fantastic tool for drawing audiences in to a story. He says: "Many horror films crank up the tension and excitement with a chase sequence in which the monster pursues its prey – and us the audience. In films like The Evil Dead, The Shining and Halloween, we get to see the chase – or the stalk – from the point of view of the killer.

"But those chases don’t have to be fast. In fact, they can be just the opposite. Zombie movies such as George Romero’s Living Dead series have long played on the fear of the slow but relentless chase – a tide of evil, moving inexorably toward us.

"Horror movies are full of slow-moving monsters who only catch up with their victims because they fall over, or back themselves into a corner.

"This convention was so well established that it was able to be parodied to hilarious effect in the British comedy horror Cockneys Vs Zombies in a low-speed chase between the walking dead and an OAP in a zimmer frame. And in the recent horror movie It Follows, fear returns at a walking pace – slow but unstoppable."

In horror, Kermode says, there must be a contrast. "One of the key tropes of horror movies is a juxtaposition of two worlds – the old and the new, light and dark, good and bad - and a journey from one to the other. We usually start in the familiar world – the world in which we can easily believe.

"Then the monster – the threat, the menace, the terror – must come from beyond, either from an older world unnaturally preserved, a frightening future rushing to get here early, the depths of a broken mind, or beyond a veil separating this world from another dimension.

"A huge number of other horror films feature just such a journey from one place to another, the unsuspecting occupants of a coach trundling to Castle Dracula, Marion’s fateful journey to the Bates motel, Sergeant Howie arriving on the remote island of Summerisle in The Wicker Man, the Torrance family driving to the Overlook Hotel in The Shining, or the bumbling, naïve teenagers on camping trips of so many a gore film."

All aboard for Transylvania

For more on the mechanics of horror movies, Mark Kermode's Secrets of Cinemas: Horror is on BBC Four on Thursday 7 October at 10:30pm and thereafter on BBC iPlayer.

A version of this article was originally published on 14 August 2018.