Life under lockdown in numbers

We’re now more than familiar with the daily stream of data on Coronavirus, including numbers around infections, hospitalisations and, sadly, deaths. However, we’re less aware of how the other aspects of our lives are changing and to what extent. More or Less, In Business, The Briefing Room and Costing The Earth have all uncovered some surprising statistics about the way we’re living now, and how we might be living in the very near future. 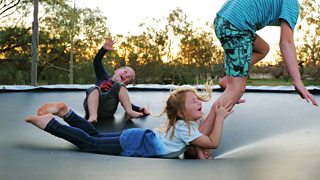 Listen to More or Less on BBC Sounds

1. Joe Wicks is twenty times less dangerous than a trampoline 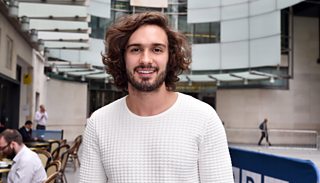 Statistics provided by Broomfield Hospital in Chelmsford, Essex have revealed that A&E visits by children aged between 0-16 are all about the proverbial (rather than the actual) ‘swings and roundabouts’. For example, football injuries are down by 78%, but sibling-related injuries are up by 150%. Meanwhile, Joe Wicks’ famous workouts have only caused two injuries, while trampolines have caused 40!

Everyone is noticing the clearer days and the absence of a pollution haze across our skies. But has lockdown had a lasting effect on the environment? Dr Zeke Housfather, Director of Climate and Energy at The Breakthrough Institute, suggests not. Even assuming a second wave of the virus and, therefore, a protracted lockdown, emissions could reduce by just 5% overall. As Dr Housfather notes, “the effects of CO2 on the climate are cumulative, so what matters isn’t how much we emit in a particular year, what matters is how much we emit over the next hundred years.” That 5% reduction in emissions could have an impact equivalent to “maybe 1/100th of a degree centigrade by the end of the century, or a couple of hundreths. A tiny difference in global temperatures.”

While the reduction in CO2 mentioned above might feel a little underwhelming, it’s worth reflecting a little more on what has happened on UK roads during the lockdown. “Reduction in road vehicle activity has taken us back to levels similar to the 1950s,” explains Dr David Carslaw, a reader in urban air pollution at the University of York. He adds: “in terms of emissions…we’ve probably gone back to the early 1900s.”

The apparent volume increase of birds could be relative to less background noise, because of fewer cars and planes.

Listen to the full report on Costing The Earth

4. Birds are likely to be singing half as loudly during lockdown, even though we can hear them more clearly!

Not only do the skies appear clearer under lockdown, sounds are sharper too. Many of us are being woken by a dawn chorus of birds that seems more on song than ever before. This apparent volume increase could be springtime-assisted, or relative to less background noise, because of fewer cars and planes. Dr Sue Ann Zolinger of the Department of Natural Sciences at Manchester Metropolitan University says that there is something else in the mix too – the Lombard effect. This phenomenon is the tendency to speak more loudly to compensate for increased background noise. It also applies to birdsong, and the reverse rule also follows. After taking recordings of chiffchaffs, Zollinger noted that “the birds were singing at 61 decibels when there was no background noise, and when a plane went overhead at 71 decibels and the chiffchaff increased its singing amplitude to about 66 decibels – that’s a doubling in amplitude. So, it’s a good assumption that birds are probably singing quieter than they usually do.”

Listen to the full report on More Or Less

Contrary to popular belief, birdsong is probably quieter during lockdown

5. The coronavirus weakens after one metre

Virus particles of five microns or more are taken down by gravity after about a metre, with finer, less infectious, particles able to go further.

Standing two metres apart has become second nature to most of us, but how did we arrive at social distancing? Professor of Infectious Diseases, Werner Ernst Bischoff explains that virus particles of five microns or more are taken down by gravity after about a metre, with finer, less infectious, particles able to go further. There are some variations in the advice, with Japan advocating 1.8 metres and the CDC (Centers for Disease Control and Prevention)
in the US advising six feet. Crucially, all of these are above one metre, of course!

6. Only 6% of UK households were ever panic buying

Scenes of panic buying in supermarkets first reached us from Australia, and then trended on social media for a long time during the early lockdown period. But did we really all lose the plot at the checkout? Fraser McKevitt, Head of Retail and Consumer Insight at business data provider Kantar, reveals that “only 6% of [UK] households showed any sign of what you might call stockpiling behaviour, and bought more in one week than they had ever bought in any week before.” One of the ‘holy grail items’ – dried pasta - only registered a 3% on the stockpiling scale. McKevitt puts the ‘panic’ down to us all buying a few extra items. 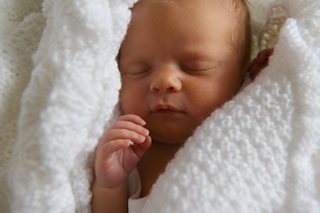 There’s a popular conception that when the world stands still, the birth rate increases – for example the blackouts in New York of 1965 and 2003, and the aftermath of 9/11. However, this conception is a misconception, according to Dr Marina Adshade of the
University of British Colombia. One of the main drivers for extra births is teenage pregnancies, but, as Dr Adshade says, “you can’t get pregnant over Snapchat.” Meanwhile, people in committed relationships are, as Dr Adsahe remarks, likely to be asking whether now would really be the best time to start a family. Nevertheless, there are some reasons why the birth rate might climb. “A lot of contraceptives are made in China, so almost immediately there was a shortage,” notes Dr Adshade, “and then, in the last couple of weeks, we’re hearing about condom factories being shut down, and so that is a valid reason to think there might be more unplanned pregnancies.”

8. Freight rolls on despite a period where one in ten HGV drivers and one in six van drivers were off work

While economic activity has markedly declined across many sectors, the demands on supermarkets and online stores is high and so, consequently, is the continuing reliance on the freight network. Inevitably, illness has hit the sector. At one point, one in ten HGV drivers and one in six van drivers were off work. This has forced the sector to innovate. Elizabeth de Jongh, Director of Policy at the Freight Transport Association, reveals that drivers from sectors that are dormant have been recruited to help, so someone who normally delivers food to restaurants could now be doing that for supermarkets. “This has been a real ‘come together’ of the logistics industry.”

Working from home: Good for productivity, bad for mental health

9. The number of people working from home has trebled, but for how long?

Over the course of nine months, the study found that working from home increased productivity by the equivalent of almost an extra day a week.

Before the Coronavirus pandemic, 15% of the working population were working from home. The percentage before the easing of the lockdown was around 44%, prompting many observers to ponder the likelihood of a permanent change to working patterns. The notion was given more impetus when Twitter announced it would allow its staff to work from home indefinitely. However, more attention is being paid to effects that home working can have on mental health. Professor of Economics at Stanford, Nicholas A. Bloom cites a 2014 work from home (WFH) study commissioned by travel company Ctrip. Over the course of nine months, the study found that WFH increased productivity by the equivalent of almost an extra day a week. On the downside, however, over half the participants said that they were keen to get back to the office, citing reasons of loneliness, isolation and depression.

Listen to the full report on In Business

10. One third of employees under 25 work in vulnerable sectors

It may take some considerable time for the economic impact of the Coronavirus pandemic to be truly known. One thing seems certain, the youngest have been the hardest hit. Xiaowei Xu, Senior Research Economist from the Institute for Fiscal Studies, notes that one-third of employees under 25 work in retail, hospitality and arts and leisure - the most affected sectors. She adds: “This is important because we know from previous evidence that periods of unemployment at the start of people’s careers can have long lasting effects on their future earnings and employment.”

Listen to the full report on The Briefing Room