Lucy Caldwell was born in Belfast in 1981. She is the author of three novels, several stage plays and radio dramas, two collections of short stories (Multitudes, 2016, and Intimacies, 2020), and is the editor of the anthology Being Various: New Irish Short Stories (Faber, 2019). Her stories have been widely anthologised and broadcast on BBC Radio 3 and 4. Awards include the Rooney Prize for Irish Literature, the George Devine Award, the Dylan Thomas Prize, the Imison Award, the Susan Smith Blackburn Award, Commonwealth Writers’ Award (Canada & Europe), the Edge Hill University Short Story Prize Readers’ Choice Award, and a Major Individual Artist Award from the Arts Council of Northern Ireland. She was elected a Fellow of the Royal Society of Literature in 2018. She was previously shortlisted for the BBC NSSA in 2012 and 2019.

“Being shortlisted for the BBC ISSA in 2012 kick-started my short story writing life. It gave me the confidence to carry on writing individual stories, and to start working towards my first collection. Although I’d written and published in other forms, it took more than a decade before I started writing stories that I felt ‘worked’. The short story is the most magical, alchemical and elusive of forms: though stories can demand much of you as a reader, they can also get under your skin in the best and most unsettling ways, and stay with you a lifetime. Having twice been on the other side of things, it’s both an honour and a huge responsibility to judge the BBC NSSA. I look forward very much to discussions about the form, and the many stories we’ll read, with this year’s stellar panel of judges.”

Jonathan Freedland is an award-winning journalist, novelist and broadcaster. He has been a columnist for The Guardian since 1997 and was previously the paper's Washington correspondent. He is also the presenter of BBC Radio 4’s contemporary history series, The Long View, as well as contributing regularly to a range of US publications, including the New York Review of Books. In 2014 he was awarded the Orwell Special Prize for journalism. He is the author of eleven books, nine of them bestselling thrillers under the name Sam Bourne. The latest is To Kill a Man (Quercus Books, 2020).

“It's a great honour to be asked to chair the judges for this year's BBC National Short Story Award. It's a form that allows for narratives of great economy and, with that, particular intensity. As Roald Dahl, whose stories I lapped up as a teenager, proved, a good short story can linger in the mind long after countless voluminous novels have been forgotten. It's the three-minute pop song of literature – a discipline that seems easy, but requires complete mastery of the craft. I'm very much looking forward to seeing what today's writers have on their minds – and what they have to tell us about the way we live now.”

Irenosen Okojie is a Nigerian British writer. Her debut novel Butterfly Fish won a Betty Trask award and was shortlisted for an Edinburgh International First Book Award. Her work has been featured in The New York Times, The Observer, The Guardian, the BBC and the Huffington Post amongst other publications. Her short stories have been published internationally including Salt's Best British Short Stories 2017, Kwani? and The Year's Best Weird Fiction. She was presented at the London Short Story Festival by Booker Prize winning author Ben Okri as a dynamic writing talent to watch and featured in the Evening Standard Magazine as one of London’s exciting new authors. Her short story collection Speak Gigantular, published by Jacaranda Books was shortlisted for the Edgehill Short Story Prize, the Jhalak Prize, the Saboteur Awards and nominated for a Shirley Jackson Award. She is a fellow of the Royal Society of Literature. Her new collection of stories, Nudibranch is published by Little Brown's Dialogue Books.

“I’m thrilled to be a judge for the BBC National Short Story Award. An award which recognises the power and beauty of the short form. In these difficult times, we need writers to hold their lenses up to reflect what the world is and what it could be. The short form remains wonderous, invigorating and more necessary than ever. I’m looking forward to discovering exciting voices.”

“Despite having spent years reading, thinking about and writing short stories, I’ve tried and failed to come up with a pithy definition of exactly what they are, and what I like best about them. The truth is, they can be so many things, and a great story couldn’t care less about your preferences: it reshapes them around itself. I’m looking forward to seeing what these stories have in store for me.” 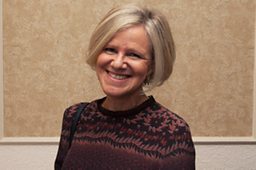 Di Speirs is the Books Editor, BBC Radio. She produced the first ever Book of the Week and has directed scores of Book at Bedtimes as well as dramas. She now leads the London Readings team and is the Editor for Open Book and Book Club on BBC Radio 4 and World Book Club on the BBC World Service. A long-time advocate of the formidable power of the short story, she has been closely involved in the BBC National Short Story Award since its inception sixteen years ago and is the returning judge on the panel. A regular literary judge including for the Wellcome Book Prize in 2017 and the International Dylan Thomas Prize in 2019, she has been a nominator twice for the Rolex Mentor and Protégé Arts Initiative (Literature).

“It’s always an exciting moment when we launch the BBC National Short Story Award, and, alongside the BBC Young Writers Award, commence the search for the best short story writers of 2020. As always it will be illuminating and inspiring to see the themes that will surface, the tones that will stand out, the surprises in store. As we reach our fifteenth year and also look back on the wealth and range of authors we’ve fostered and celebrated, it’s a privilege and a joy to begin the hunt again as we continue to reflect the BBC’s deep commitment both to writers and our listeners who love the short story form.”