Are there any drug-free remedies for travel sickness?

Many of us have felt the unpleasant effects of travel sickness, sometimes called motion sickness, which include discomfort, nausea and vomiting. Anyone can get travel sick, although some people can be more susceptible than others, and it can be provoked by many forms of transport, including cars, buses, trains, boats and planes. For instance, long distance coach journeys cause motion sickness in around a third of passengers. 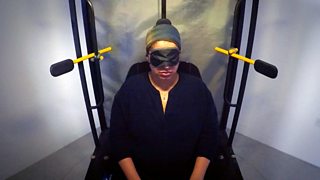 Our brains receive information about movement from different senses:

It’s generally accepted that motion sickness comes about when there is a mismatch between these sensory signals. For example when you are passively sitting in a moving vehicle, some of your senses – like your vision– are telling your brain that you are moving while others – like your vestibular system and proprioception– are suggesting you are not – this sort of mismatch is what causes you to feel sick!

What to do about it

There are medications available for travel sickness and two of the most common are:

There is good evidence suggesting that both of these work. But there’s a drawback - they tend to have side effects, with a common one being drowsiness. So are there any effective non-medicinal remedies for motion sickness? Some popular options include: 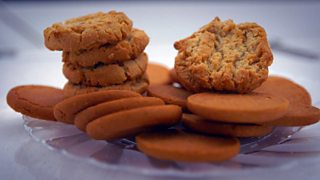 There are also lots of behavioural techniques that can help, for example:

Trust Me, I’m a Doctor teamed up with Prof John Golding of the University of Westminster to find out if a simple breathing exercise could really have a measurable impact on motion sickness.

Dr Saleyha Ahsan, who suffers from motion sickness herself, volunteered to be his test subject.

Next, Saleyha sat in a special rotating chair which moved her around at increasing speed in a set pattern, where every 30 seconds the speed was increased.

To make matters worse she had to move her head to one of 4 cardinal points when instructed to do so by a set of standard pre-recorded audio instructions. Every 30 seconds she completed a set of 4 head movements.

She was also regularly asked to rate her symptoms. When Saleyha reached level 3 – ‘mild nausea’ the chair was stopped.

After a recovery period of 3 hours, Saleyha was taught a ‘controlled breathing technique’ and then performed the same test again while using this technique.

Try the exercises yourself

The idea is to focus on and control your breathing so that you continue to breathe gently and regularly. No external pacing is necessary and you should breathe comfortably in a regular and natural manner. You should not be deep breathing or hyper-ventilating. The best approach to training yourself is to find a quiet room and set aside ten minutes to quarter of an hour.

For the first five minutes just sit quietly and become aware of your own breathing. Try to find the most comfortable and regular breathing rate for you — everybody is different. Then for the next 5 or 10 minutes focus on your breathing and try to breathe gently and regularly at this rate.

If you apply this in a situation where you think you could become travel sick, it should give you a degree of protection. What’s more there is nothing to stop you combining this approach with other remedies or using it alongside anti-motion sickness medication if required.

In the baseline session, Saleyha managed to get through 12 sets, or 6 minutes before stopping. This included 12 sequences of 4 head movements – or in terms of speed, she got up to spinning round 36 degrees a second.

In the session after the breathing training, she lasted longer – for 15 sets, or 7.5 minutes and she was spinning around at 45 degrees a second. So she managed a 25% improvement!

There is good evidence to suggest that so-called 'controlled breathing' can help prevent motion sickness. It is not a magic bullet, but laboratory studies indicate that controlled breathing has an effectiveness approximately 50% of that provided by over the counter anti-motion sickness medication. Moreover it is free of side-effects such as drowsiness. So how does it work?

Physiological evidence shows that there is an inhibitory pathway between respiration (breathing) and vomiting which prevents you from choking. This reflex stops you from breathing when you’re vomiting but equally it suppresses vomiting when you are breathing. This means that if you can maintain consistent, controlled breathing, then vomiting (and nausea) can be suppressed.