Big Gold Dream is a documentary telling the near-mythical story of Glasgow's Postcard Records, 'the sound of young Scotland' and harbinger of all indie music, and Edinburgh counterpart Fast Product. ALASTAIR McKAY tunes in to a unique scene that would change the world.

As that great punk rocker Marcel Proust noted, remembrance of things past is not necessarily a remembrance of things as they were. Big Gold Dream, a feature-length documentary by Grant McPhee making its television debut on Easter Saturday, re-imagines the musical history of the post-punk period as it unfolded in Edinburgh and Glasgow, and makes a persuasive argument that something great was happening in the years which followed The Clash’s appearance at the Edinburgh Playhouse on 7 May, 1977.

In the myth, which may be true, that show inspired Orange Juice and Fire Engines, though with typical perversity it was the performance of support act, Subway Sect, which fired their imaginations.

Famously, Postcard Records was run from a wardrobe in the bedroom of a flat in Glasgow

“It was,” Fire Engines’ singer Davy Henderson told me, “a monochromatic image of otherworldliness, but rooted completely in the now. These people looked exactly like you. They had what looked like their school greys on; grey breeks, and white shirts, and the v-necks. They looked exactly like where you’d just been - at school. It was as if they’d just landed from nowhere. They were unidentifiable.”

The Glasgow part of the story, concerning Postcard Records, is well known, and was burnished in 2014 by Simon Goddard in his book Simply Thrilled. Viewed from 2017, Postcard is the root of all indie music, which is probably a smaller compliment than it appears for a label which was boldly out of time.

Famously, Postcard was run from a wardrobe in the bedroom of a flat in West Princes Street, Glasgow, by Alan Horne, a would-be Svengali who was a silver wig short of an Andy Warhol fixation.

Postcard’s first incarnation released only 12 records, with Horne fancifully casting Orange Juice, The Go-Betweens and Josef K as various incarnations of the Velvet Underground. (His other act, the more obviously commercial Aztec Camera, were somehow spared). 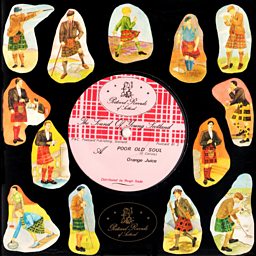 Less celebrated, but arguably more influential, is the Edinburgh label, Fast Product, which operated out of a flat at 2 Keir Street, behind the Edinburgh College of Art.

Bob Last’s plotting would pay off when he split the Human League in two, adding girls to the line-up to make them resemble an electronic Abba

It was run by Bob Last, a subversive impresario with an interest in the military strategies of Mao Zedung; and Hilary Morrison, who fronted The Flowers, and introduced Last to new possibilities by buying him the Buzzcocks’ independently-released Spiral Scratch EP.

The label had great taste, discovering The Mekons (“a world of ideas and no interest in musical competence,” according to Last), Gang of Four, and The Human League.

Fast’s notable Scottish release was by a ferocious, scratchy 45 by Edinburgh band Scars (Adult/ery, backed by Horrorshow), which boiled A Clockwork Orange into three minutes of angular energy, and according to Douglas MacIntyre (of Article 58, and now MD of the indie Creeping Bent, which celebrated its 20th anniversary in 2014), was Scotland’s Anarchy In The UK.

Big Gold Dream revives a popular argument of the time, in which success was an ideological construct, despised and hankered for in the same breath.

As a manager, Last’s plotting would pay off when he split the Human League in two, adding girls to the line-up to make them resemble an electronic Abba, and modelling the remnant, Heaven 17, on a corporation. Human League duly topped the charts in the UK and the US, by which time any subversive intent had disappeared behind the curtain of Phil Oakey’s lop-sided fringe.

After Fast, Last formed Pop:Aural, a label designed for the charts, with no success. Fire Engines became Win, and were signed to Horne’s post-Postcard vanity label Swamplands, and the spiky agitations of their music were smoothed into ironic approximations of radio jingles. Again, nobody bought the records.

The same trajectory was followed by Scars, who polished their sound and adopted New Romantic costumes, leaving unanswered questions about what might have been.

Orange Juice had more luck, scoring a hit with Rip it Up after singer Edwyn Collins reconfigured the band, but they were always too arch to maintain a chart career.

But, actually, success was beside the point. What Big Gold Dream celebrates is the glory of the margins. Many of those spiky, misshapen records now sound prescient, and it’s good to be reminded of acts such as Boots For Dancing and Visitors, who pulled the post-punk spirit in different directions. (Both these Edinburgh bands split before getting an album together, in '81 and '82 respectively, but recorded Peel Sessions along the way; Boots' album The Undisco Kidds was finally released in 2015 and Visitors put out compilation LP Poet's End in 2016.)

One notable absentee from Big Gold Dream is Mike Scott, later of The Waterboys, but then the leader of Another Pretty Face and publisher of the Jungleland fanzine. Scott was a classicist rather than a subversive, which may explain his absence, but he understood how punk energy could be harnessed to traditional rock’n’roll.

Glasgow’s Wet Wet Wet also paid lip service to post-punk stratagems, naming themselves after a line in a Scritti Politti song and forming their own mock-corporation, the Precious Organisation. But they were popular, which rather spoiled the joke. 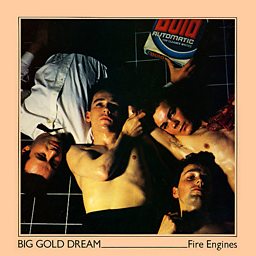 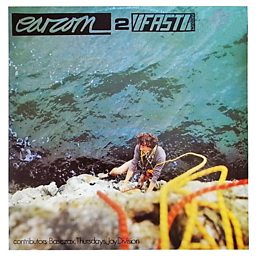 Fast Product released this 6-track sampler EP in October 1979, which included two tracks by Joy Division derived from the band's Unknown Pleasures sessions: Auto-Suggestion and From Safety to Where...? 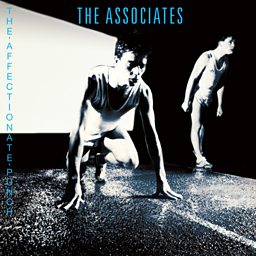 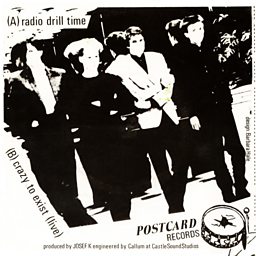