Slow burn: Why the languid Barry Lyndon is Kubrick’s masterpiece

Even by the standards of a director famed for dividing opinion, Stanley Kubrick’s 1975 film Barry Lyndon, a three-hour tale of the rise and fall of an 18th-century Irish adventurer, is an oddity. But ahead of an airing on BBC Four with a special introduction by Danny Boyle, WILLIAM COOK argues that it’s time this bold, beautiful and innovative work was finally seen by the audience it deserves.

In 1973, after making two futuristic movies which redefined science fiction, Stanley Kubrick started shooting the most unlikely film of his career.

2001: A Space Odyssey had explored the deepest mysteries of time and space; A Clockwork Orange had explored the darkest corners of the human psyche. For his next film, however, Kubrick travelled back in time, to the 18th Century.

The result was his enigmatic masterpiece, Barry Lyndon. And now you can see it on BBC Four, as part of a weekend of Kubrick films which coincide with a new BFI season celebrating the influential director.

Kubrick’s only costume drama had an improbable beginning. He wanted to make a film about Napoleon, but his backers got cold feet.

In this wordy yarn about an Irish rogue who wins and loses a fortune, Kubrick had found a story which inspired him

Then he considered making a film of Vanity Fair, before deciding that Thackeray’s vast novel was too unwieldy. However in the course of his research he read a shorter novel by Thackeray, called The Luck of Barry Lyndon, and chose it for his next project.

Rooted in reported speech, with an unreliable and unlikeable narrator, it was distinctly old-fashioned - even when it was written, in 1844. Yet in this wordy yarn about an Irish rogue who wins and loses a fortune, Kubrick had found a story which inspired him. That he could transform it into a mesmeric movie confirms his reputation as one of the greatest film directors of the last century.

The most striking thing about Barry Lyndon is its languid tempo. Most film-makers try to get in and out of each scene as quickly as possible. Kubrick does the opposite - each scene seems to last an age. By rights it should be soporific, but somehow he draws you in. How on earth does he manage it?

Meticulous preparation and countless retakes, but that was only part of it. The X factor is Kubrick’s genius, his ability to inject suspense and meaning into every frame.

"My main memory is observing the struggle and the pain," says Jan Harlan, Kubrick’s brother-in-law, who was the executive producer of Barry Lyndon, The Shining, Full Metal Jacket and Eyes Wide Shut. "It was most difficult to create this look we knew from the Old Master painters. And it’s this look which makes Barry Lyndon so different."

Kubrick studied paintings by Hogarth and Gainsborough to get a true sense of the era, but this wasn’t just historical research. "He embraced the challenge to create on film what used to be the exclusive domain of painters," says Harlan.

All clips © 1975 Warner Bros, courtesy of BFI. All rights reserved.

He was determined to shoot in natural light, and in candlelight after dark. To achieve this he used a new lens which was made for NASA, for satellite photography.

"Stanley succeeded in adapting a camera to accept this lens," says Harlan. "He created images that were unique at the time."

As Harlan explains, these technical innovations weren’t mere gimmicks – they were, above all, a means to an end: "He put the technique of front projection on the map with 2001: A Space Odyssey, and Garret Brown’s Steadicam in The Shining – but far more important is the substance of his films and the struggle to show human weakness.

"He always said that our biggest illusion is that we believe we’re governed by rational thoughts and knowledge, while all major decisions are governed by emotions alone."

Kubrick was meticulous – however long he needed to get what he wanted, that’s how long he took

"He loved the novel of this upstart and opportunist who blew it all because the character of a person doesn’t change with circumstances," says Harlan. Lyndon is a gambler who’s incapable of quitting while he’s still ahead.

Ryan O’Neal plays Barry Lyndon, and Marisa Berenson is his long-suffering wife, but it’s in the colourful supporting roles where the acting really comes alive: Leonard Rossiter as the pompous and cowardly Captain Quin; Murray Melvin as the uptight Reverend Samuel Runt.

As Melvin confirms, Kubrick had a knack for drawing out special performances from his actors. "People often say that Stanley was difficult – I’ve never agreed with that," says Melvin. "He wasn’t difficult – he was demanding."

Kubrick was meticulous – however long he needed to get what he wanted, that’s how long he took. Famously, infamously, one of Melvin’s scenes took over a hundred takes. "There was never any rush!"

Barry Lyndon won four Oscars, for Cinematography, Costume Design, Music and Art Direction, but the critical reaction and the box office reception were both mixed. The film was well received in Europe, less so in the United States.

With a running time of three hours, it was never going to be a mainstream hit, but it’s aged far better than most costume dramas of the period. More than 40 years since its release, it hasn’t dated in the slightest - and its reputation is still growing. Martin Scorsese cites it as one of his favourite films.

"Stanley only made thirteen films, but not one of them has disappeared," says Harlan. "I think this is the mark of a great artist."

Compared to classics like Spartacus and Paths of Glory, Barry Lyndon remains relatively unknown, but for anyone seeing it for the first time, it will confirm what great directors like Scorsese have always known – that it deserves to stand alongside Stanley Kubrick’s finest movies.

Barry Lyndon is on BBC Four on Sunday 28 April, with a special introduction by Danny Boyle. The BFI's Kubrick season runs throughout April and May 2019, and Stanley Kubrick: The Exhibition is at the Design Museum from 26 April - 15 September 2019.

A version of this article was originally published on 25 July 2016. 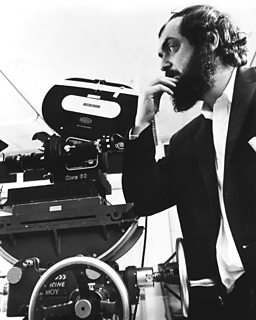 Kubrick's use of period art

Barry Lyndon: Fighting at The Battle of Minden © 1975 Warner Bros

Kubrick films on the BBC