In 2021, there were 214,256 abortions in England and Wales, the highest number since the Abortion Act was introduced in 1967. Last month in the US, the Roe v Wade ruling was overturned by The Supreme Court and in several states abortion is now banned. In Northern Ireland, abortion is still difficult to access three years after it was decriminalised.

The abortion debate is never far from the news and both sides argue their cases passionately.

In a series first broadcast in 2019, we heard personal stories about abortion shared by our Woman’s Hour listeners. Some of the terminology has changed since then but the issues raised are more important than ever.

‘Clare’ had her abortion 20 years ago, but talks about it like it was yesterday.

“The memory is so, so clear. I can press a button in my head and it comes back like a movie,” she says.

“I thought that people would judge me. I probably still do,” Clare admits to Woman's Hour (listen here).

“I'm in my mid 40s, I live quite a comfortable middle class existence. I've got lots of friends who would desperately like to have children and the idea of being the middle class woman who actually took the life of a child, as some people look at it, was probably why I haven't spoken about it.”

Clare says that years later she found it easier to talk about being abused as a child than her termination.

I'm so angry with myself for not speaking about it and feeling ashamed of something that really there's no shame in.
Clare

“Maybe it's one of these things that people feel that it's okay to be a victim, but it's not okay to have made an unborn child a victim - which is a ridiculous thing to say, but maybe that's what it is,” she ponders.

“I'm so angry with myself for not speaking about it and feeling ashamed of something that really there's no shame in.”

Most women who have abortions are single or in short-term relationships, but two of the listeners who shared their stories with Woman’s Hour were married when they terminated their pregnancies. They had very different reactions. 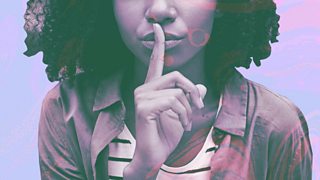 ‘Louise’ had an abortion just 18 months ago. Already a mother of three who had experienced post-natal depression, ‘Louise’ says she knew she couldn’t cope with another child.

During a scan before the procedure, Louise also found out that she was pregnant with twins.

"I hadn't even considered that it might be a multiple pregnancy... I cried at that point, I'm not sure why. It didn't change my decision - twins would have meant I had five children - four children under three. At that moment it was just a bit more clarity, but sadness at the same time. Had it been the third pregnancy or the second pregnancy it would have been totally different. It was a bit of a shock to say the least."

Louise’s experience was physically and emotionally draining but says she has no shame and does not regret ending the pregnancy.

“Our family is very complete and we are very happy. We have three very lovely, wonderful children. I don't think that I will ever think that we made the wrong decision,” says Louise.

'Alison' got pregnant on her honeymoon 40 years ago. Both she and her husband had just started new jobs and she felt it was the wrong time to have a baby. But she says she began to feel guilty about the termination the moment she woke up from the anaesthetic.

I felt kind of relief on one hand and then just lost. I had done something that I knew was going to fundamentally stay with me forever.
Alison

“I felt kind of relief on one hand and then just lost. I had done something that I knew was going to fundamentally stay with me forever. I couldn't put the clock back. I couldn't undo what I had done. I just felt very lost and very, very alone.”

Alison went on to have another child, but she feels the decision to end the pregnancy led to the breakdown of her marriage. She went on to marry again and had two miscarriages. She says she has never come to terms with the decision she made in 1979.

“I feel it was a very selfish decision. I didn't really allow myself to think it through. I don't think I've ever come to terms with it in the sense that I'm at peace with what I did. I still see it as not my finest hour. I could have had four children and that's what I regret. That's why I think I'm quite hard on myself, because I think being a parent is a very precious commodity. It's the most important job in the world.”

Alison, like Clare, has been unable to share her feelings until now - which she says contributed to the difficulty she had in accepting her decision.

'Kerry' who is now 28 had an abortion when she was 18. She did not talk to anyone about her plans - not because she felt ashamed, but because she was so sure of her decision.

Kerry was questioned by a male doctor at one of her first appointments and eventually broke down in the session.

“Perhaps what he was trying to do was make me fully acknowledge the gravity of the decision and to make sure that I knew my mind, but being the adult feminist I am I just wonder if there was an element of him that was uncomfortable with me saying, ‘I don’t feel sad and I don’t feel conflicted and I don’t feel that I’ll regret it’.”

She took pills to terminate the pregnancy, which didn’t work - so a nurse had to remove the foetus.

“I’d only slept with two men at that point, so I was not prepared for that kind of invasiveness. When the nurse took the foetus out she asked if I would like to look at it. I just remember thinking, ‘that’s such a bizarre question for me right now’, and I said, ‘No, I would not like to do that’. Almost again [it was] like someone was trying to make me feel very, very upset.”

‘Amanda’ had an abortion in the 1970’s, a few years after the procedure was made legal. Anti-abortion campaigners see abortions as ending life whereas Amanda says she did not feel that way.

“There was a soul with me at one moment, and then there wasn't,” she tells Woman's Hour (listen here). “It left me.”

She was 23 years old at the time, and Amanda says she felt influenced by her partner and her father to terminate the pregnancy - a decision it took her 25 years to come to terms with.

“Twenty years ago, I was working with a very helpful person who I did share my history with, and he was able to take me through almost a ritual of letting go. It was a deep and meditative thing, but it was also very focused on what it was that was clinging to me, surrounded, in this case, by prayer. By the end of it I felt that the presence of this person, this soul, was no longer with me. And it gave me huge relief.”

When she left university Amanda went on to take a public role in the church and has subsequently helped other women in similar situations.

“I understood that love was with me, even when I was making that horrendous decision, and that I'm no less loved now than I was at the beginning of my life.

“I just feel that walking alongside people and understanding their situations with love is far more important than standing in judgement over them.”

This article was first published in 2019. It has been updated following the overturning of Roe v Wade in the US.

You can catch up with every episode of Woman’s Hour on BBC Sounds, including the rest of this series. Find us on Twitter or Instagram.

More from the BBC