By Hannah Fry, Mathematician and Presenter

I need to make a confession. Before starting this film, intrigued as I was by her story, I questioned if Ada Lovelace truly deserved the pedestal on which she has been placed by modern scientists and mathematicians. I wondered if she is really worthy of standing as a symbol for our subject. One thing is in little doubt. Ada’s story is a captivating tale.

Presenter and mathematician Hannah Fry reveals some of the surprising discoveries she made about Ada Lovelace during filming.

The 19th century amateur mathematician, best known for her detailed notes on Charles Babbage’s Analytical Engine, is often held up as a symbol for women in science. Never more so now than in the 200th anniversary of her birth. 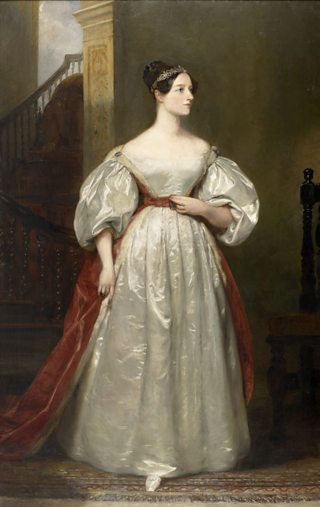 But although Ada had the mind to see the potential of computers over a century before one was even built, she still doesn’t quite fit the mould of a traditional science heroine.

Intelligent she might have been, but she was also manipulative and aggressive, a drug addict, a gambler and an adulteress.

Alongside the character flaws, there are also some who still debate the validity of Ada’s accomplishments.

The machine which Ada prophesised could create music was Babbage’s invention after all – surely he must have known it’s potential?

Although she certainly published the world’s first computer programme, can we be sure she was its author. In any case, the machine was never built. Her work ultimately had no tangible impact on the world whatsoever.

That’s certainly what I found while talking to Sydney Padua during the filming of the documentary. Sydney – the author of a spectacular comic book charting Ada’s adventures with Charles Babbage - is somewhat of an accidental expert in Ada Lovelace.

Her foresight was so extraordinary that it would take another hundred years and Alan Turing to recognise the significance of her work.

She told me of the strident side to Ada’s character: her annoying habit of forcefully underlining several words a sentence in her letters or her desperate attempts to seduce Michael Faraday, a man who could demonstrate the power of electricity, but struggled to resist her charms.

Equally, Sydney spoke of how affectionate she felt towards Ada: “I wanted to comfort her and shake sense into her simultaneously”

Sydney believes that Ada was probably bi-polar. A view shared by Doron Swade – an expert in the history of computing and, while a curator at the Science Museum in London, the man responsible for bringing Babbage’s Difference Engine to life. The same machine that first captured Ada’s imagination and sparked her defining friendship with Babbage.

Doron told me of how Ada was bratty and spoiled, but also of the warmth of her relationship with Babbage. Before their meeting, Babbage had lost a much beloved daughter, who would have been about the same age as Ada.

She meanwhile, had a strained relationship with her mother and had longed for a father figure since childhood. Their genuine friendship and affection for one another would last for the rest of their lives.

For me, Doron also put an end to the discussion of Lovelace’s contribution. Her notes and letters to Babbage make it clear that Ada understood the potential of computers in a way that he never did, and that nobody ever had. In Doron’s words:

“This is not a suggestive hint. This is not a backwards projection. This is Lovelace thumping the table saying this is what is significant about this machine “

Who was Ada Lovelace?

She was born as the only legitimate daughter of the outrageous Lord Byron, who married her mother for money.

Byron didn’t even last through his own honeymoon without having an incestuous affair with his sister, and – after squandering as much money as he could - left both Ada and her mother forever when she was just 5 weeks old. Before Ada could even crawl, the scandalous story of her family had made her a national celebrity.

Ada’s mother did not bear the split well and raised her with a cold and cruel regime – hothousing her in mathematics and logic with the hope of purging her of any poetic madness inherited from her father.

She was even shielded from seeing Byron’s image by her mother, for fear it would turn Ada wild. The only painting that remained in the family home of her father was covered by a thick curtain which Ada was forbidden from looking behind.

The result was a woman who struggled.

Victorian society demanded that young ladies were meek and mild mannered, virtuous and obedient. Ada was none of those things.

She was a contradiction: self-centred and obstinate, yet lacking in confidence; charismatic and enchanting, yet forceful and manipulative.

Ultimately, Ada was probably quite a difficult person to like. 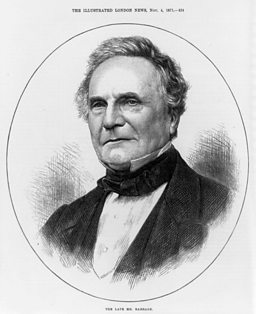 Her foresight was so extraordinary that it would take another hundred years and Alan Turing to recognise the significance of her work. But it was an achievement that was probably as much a product of her artistic heritage as her scientific training.

In truth, I learned that Ada was not a ‘mathematical genius’, but neither was she a fraud.

In truth, I learned that Ada was not a ‘mathematical genius’, but neither was she a fraud.

She wasn’t a perfectly genteel Victorian lady, but nor was she devoid of geniality or compassion. Ada was difficult to define, other than to say that she was completely human and completely flawed.

I think I’d become so used to expecting my role models to be unnaturally perfect people and elevating them to unachievably high levels that I couldn’t see why Ada deserved to be there.

But in making this programme I’ve realised that I was thinking about things in the wrong way.

Ada was very, very far from perfect, but perfection is not a pre-requisite to accomplishing something impressive. Our science role models shouldn't always be there to celebrate the unachievable.

We should also be normalising the mundane and the ordinary - embracing our flaws and our failures. And that’s exactly why she is the ideal inspirational figure.

Give me Ada Lovelace every day of the week. A woman who swore and smoked and said what she damn well thought. It’s a beautiful demonstration that whoever you are, whatever your character, there is a place for you in science. 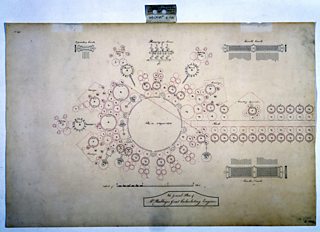