Wherever you are in the world, you’ll be able to join a star-studded cast as they celebrate the life and works of William Shakespeare on the 400th anniversary of his death.

Leading arts organisations across the UK will make available performances, analysis, talks and fun, all streamed on Shakespeare Day Live, a digital pop-up channel co-curated by the BBC and the British Council which kicks off Shakespeare Lives, a six month online festival available to audiences in the UK and across the globe. 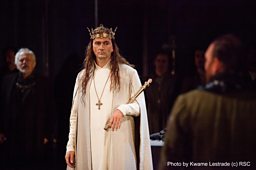 As the culmination of Shakespeare Day Live, from 10.30pm (BST) on 23rd April 2016 the Royal Shakespeare Company production of Richard II starring David Tennant will be released internationally to watch online in a Shakespeare Lives exclusive. 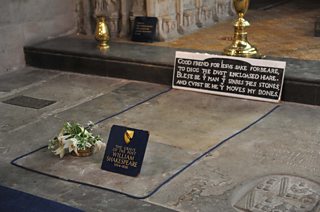 A world-premiere commemorative concert in the church where Shakespeare was baptised and buried.

Choral group Ex Cathedra and City Musick perform Thomas Arne’s 18th century musical setting of An Ode to Shakespeare by David Garrick – the 18th century actor and theatre manager responsible for our modern-day appreciation of The Bard; and A Shakespeare Masque, specially written for the event by the Poet Laureate Dame Carol Ann Duffy, and composed by Sally Beamish, and narrated by actor Sam West.

Presented by Sara Mohr-Pietsch and broadcast in conjunction with BBC Radio 3.

Breakfast with the Bard: Live Broadcast 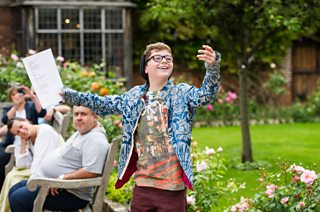 Shakespeare Day Live has exclusive access to New Place, the site of Shakespeare’s home and the place where he died.

The area is being reimagined as a commemorative garden with exhibitions in neighbouring Nash House, formerly owned by Shakespeare’s granddaughter and her husband.

Presenter Suzy Klein and guests discuss Shakespeare the man, the archaeology of his home; the newly commissioned artworks and a look ahead to the day’s events in Stratford. 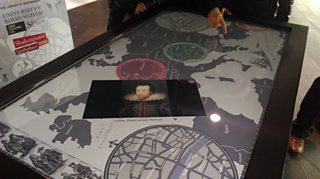 Throughout the day, presenter Andy Akinwolere broadcasts live from the home of BBC Birmingham with guests, facts, films and fun about Shakespeare. Andy challenges our preconceptions of Shakespeare and brings him up to date with interactive films, a look at the touch-screen table developed in conjunction with the University of Birmingham; all hosted from the Blue Room; the BBC’s home of innovation.

Presenter Katie Derham celebrates the opening of The Complete Walk, all 37 Shakespeare plays each represented by new films created by Shakespeare’s Globe and shown on 37 big screens stretching from Westminster Bridge to Tower Bridge on this special day.

After a two-year world tour to almost every country, Shakespeare’s Globe’s production of Hamlet returns home. Katie Derham joins the cast and crew on their triumphant return to the Globe stage as they are welcomed back by Artistic Director Dominic Dromgoole.

With exclusive performances from inside the candle-lit Sam Wanamaker Playhouse, Katie Derham explores the world of Shakespeare’s Late Plays which Dominic Dromgoole has been staging to mark the 400th anniversary of Shakespeare’s death.

Find out what's on and when. Catch up afterwards and see more clips and photos from the Shakespeare celebrations.

See the full Line Up 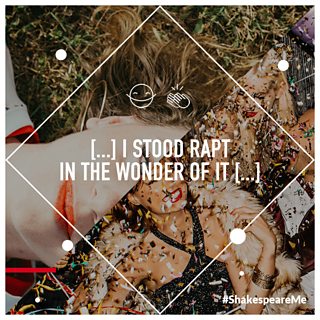 #ShakespeareMe - Your emotions, Shakespeare's words. Pick up to three emojis to find your perfect quote. Share. "Live a little, comfort a little, cheer thyself a little"

Be part of the crowd on London's Bankside and take part in The Globe's Complete Walk or join the festivities in Stratford-upon-Avon, home of the Royal Shakespeare Company.

For more information on booking tickets for the BBC Radio 3 concerts visit the Royal Shakespeare Company and BBC Shows and Tours websites. 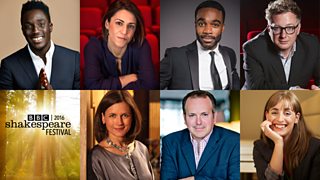 Suzy Klein, Ore Oduba, Matthew Sweet, Sara Mohr Pietsch, Andy Akinwolere, Jamie McDougall and Katie Derham will present the online celebration of Shakespeare, co-curated by the BBC and British Council and produced by the Shakespeare digital team based in Birmingham, to mark the 400th anniversary of William Shakespeare’s death. 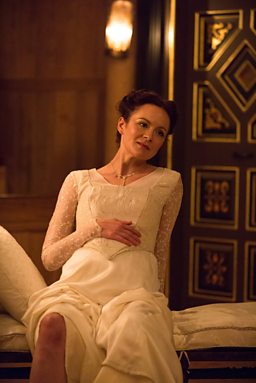 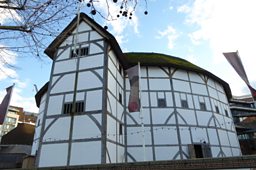 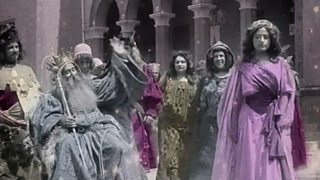 Presenter Andy Akinwolere takes a look at the first ever Shakespeare plays on film, starting with King John in 1899. He explores Shakespeare adaptations made during the silent era and looks at how early film pioneers squeezed a whole play into approximately ten minutes without words; how hand-coloured treatments were used through painstakingly touching up frame-by-frame; and some of the earliest special effects ever seen on the big screen.

Ballet, Opera and the Bard from the Royal Opera House: Live Broadcast

Great music and performance from the world of ballet and opera, presented by Ore Oduba.

We join Royal Ballet stars Lauren Cuthbertson and Edward Watson as they rehearse The Winter’s Tale. 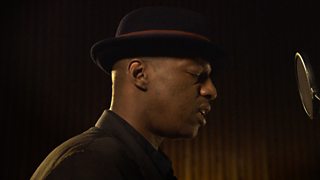 Shakespeare was a great songwriter – with songs appearing in many of his greatest plays.

To mark the 400th anniversary of his death, the BBC and the European Broadcasting Union have commissioned a New Shakespeare Songbook inviting composers and musicians throughout Europe to write new songs based on the Bard’s texts.

Presenter Andy Akinwolere takes us on a musical journey through Europe as contemporary songwriters respond to the poetry of Shakespeare’s sonnets and plays. 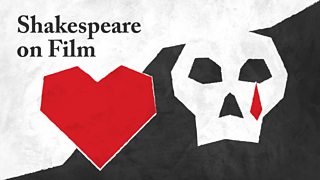 The BBC Concert Orchestra celebrates the music of Shakespeare on film.

Classic scores from Olivier’s Henry V, Greenaway’s Prospero’s Books to Branagh’s Much Ado About Nothing are given the full symphonic treatment under the baton of Shakespeare enthusiast and BBC CO Principal Conductor Keith Lockhart.

Students from The Royal Conservatoire of Scotland, Glasgow University and Glasgow School of Art collaborate with the BBC Scottish Symphony Orchestra on a programme of delights featuring music, dance, composition and British Sign Language.

The programme is curated by Graham McLaren, currently associate director for the National Theatre of Scotland, and presented by Jamie MacDougall.

Through a mixture of new short films and the festival’s extensive archive top authors, actors, academics and thinkers including Stephen Fry, Germaine Greer and Dame Judi Dench explore Shakespeare, his works and his legacy.

Shakespeare on Stage, Screen and Elsewhere, with Ian McKellen

Sir Ian McKellen shares his unique insights into the problems and joys of interpreting Shakespeare for the theatre, television, radio and cinema.

Two of the greatest contemporary Hamlets, Simon Russell Beale and Adrian Lester discuss this most celebrated and challenging of roles. Their discussion of the Prince of Denmark fittingly takes place on Danish soil in the elegant surroundings of the ambassador’s residence in London. From Gielgud to Branagh, Olivier to Plummer, they explore the rich variety of approaches to a role to which so many actors aspire.

Set on a Peckham council estate, this short film, written and directed by Elliot Barnes Worrell celebrates Shakespeare’s timeless themes with a cast headed by Ralph Fiennes. Using only the words of Shakespeare, The Works explores the vast complexities that exist within a community of young Londoners who refuse to be defined by their circumstances. 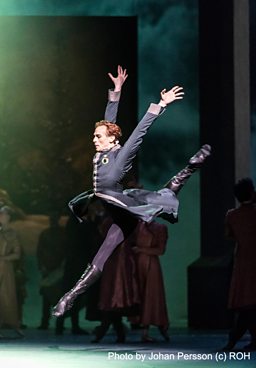 Edward Watson as Laertes in 'The Winter's Tale' 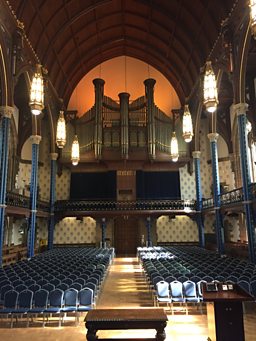 Find out more about this unique and pioneering online festival hosted and distributed by the BBC, co-produced with the British Council and in partnershp with the RSC, Shakespeare's Globe, the BFI, the Royal Opera House and Hay Festivals. 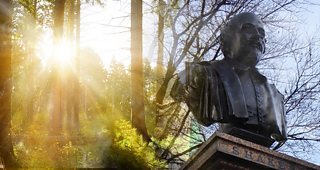 Discover stories of Shakespeare performances across England from the 16th Century to the present day. 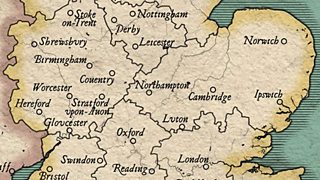