Between July 1969 and December 1972, six Apollo missions successfully touched down on the lunar surface. Although the mission remnants cannot be seen from Earth, this short guide – scroll down – tells you how you can locate the landing site areas. 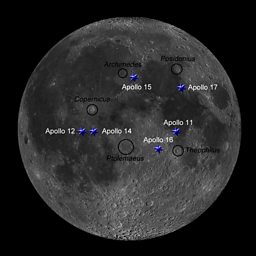 The first mission to land mankind on the Moon was Apollo 11, touching down in the Sea of Tranquility. 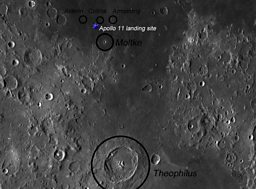 The second mission landed in the Ocean of Storms, within walking distance of the Surveyor 3 probe. 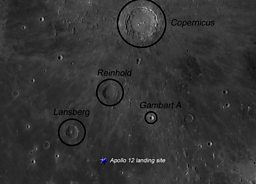 After the failure of Apollo 13, all eyes were on the Apollo 14 mission, which touched down in the Fra Mauro formation. 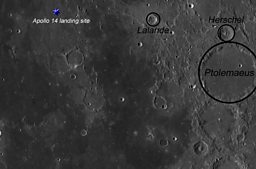 Apollo 15 landed alongside Hadley Rille and was the first mission to utilise the lunar rover. 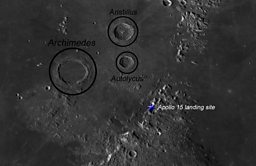 Apollo 16 was the first mission to land in the lunar highlands, in the Cayley Formation. 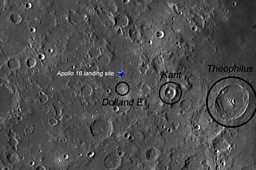 The final Apollo mission, number 17, landed in the Taurus-Littrow Valley. 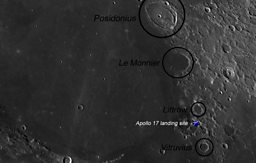