Collaboration is the foundation of the dolphin’s success.

Dolphins are renowned for their intelligence
The Wonder of Animals

There are 32 species of dolphin and they are the most widespread of the marine mammals.

Dolphins have very powerful respiratory system and can fill 10l lungs in just a third of a second.

Dolphins make their famous clicks and whistles using two pairs of phonic lips which serve a similar function to our vocal chords.There are one set of lips for each nostril, which in dolphins, are found near the top of the skull. By passing air over these lips independently a dolphin can produce both clicks and whistles simultaneously. Whilst both clicks and whistles are used in communication, only clicks are used to find food. By changing the shape of a fat-filled structure called the melon, they can focus this sound into a narrow beam. Up to 500 clicks per second hit the prey and echo back towards the dolphin. Fat pads in their lower jaw act as a receiver, and the echoes are transmitted along the jaw, and in to the inner ear. Echolocation is an anatomical marvel that helps a dolphin detect and even stun its prey beneath the sand. Phonic lips enable dolphins to communicate and find food like no other animal can. 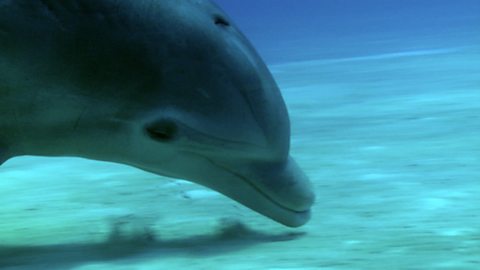 Key to a dolphins ability to strategise is its incredible brain. 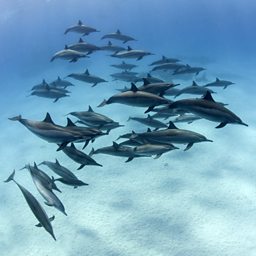