Seven reasons to get up for the dawn chorus

We know that spring has truly sprung when the air fills with a cacophony of tweets and chirrups and birdsong builds to a daily crescendo at dawn. On International Dawn Chorus Day the break of day is followed from India to Ireland by over 300 international radio stations, each listening in out for unique local delights. But what makes it worth getting up for?

1. Dawn is the best time for hearing bird song

Bird song carries further at dawn, meaning you can hear it much more clearly. In fact, this is a major reason why birds sing at daybreak. As well as a lack of background noise, reduced wind and air turbulence mean bird song at dawn is up to 20 times more effective than at midday. So not only do birds sing more, but you can hear them from further away.

2. There are more birds to hear now that at any other time in the year

The best dawn choruses can only be heard for a short time, and that time is now. This is because migrant birds have arrived in the UK and are making themselves known in order to secure territory and attract mates. As soon as they have reared a brood a lot of birds stop singing, so the full chorus that International Dawn Chorus Day is timed for will not be around for long. 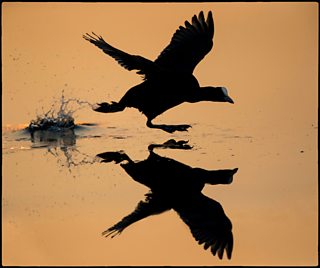 A coot at dawn at Ham Wall (photo: Clive Dodd)

3. Birds can sing more than one note at a time

Most birds have a syrinx which works like our human vocal cords. Unlike the larynx of mammals, it is located where the windpipe forks into the lungs. In some cases, such as the song thrush which can be heard at Ham Wall in Somerset where Radio 4 broadcasts from on International Dawn Chorus Day, it can produce multiple tones at the same time, hence the complexity of sound in a single bird's song.

According to some 2011 research, birds in towns and cities have higher pitched calls than those in the country. This enables their calls to better bounce off the hard surfaces of urban areas. So wherever you are, there is something special about the birdsong you can hear in the morning.

5. The dawn chorus changes throughout the morning

Different birds sing at different times, with some, like the song thrush, starting even before the sunrise. Robins, blackbirds, wrens and chaffinches are among early risers, with other birds adding their voices later in the morning. So, once you’re up and listening, stick around to hear the new voices joining the chorus.

6. The great songbirds have learned their craft

Songbirds can be divided into oscines and suboscines. While oscines (regarded as the true songbirds) learn their songs from their father or a neighbour, suboscines do not. Researchers have raised them in acoustic isolation but still found them able to reproduce the precise song of their species despite never having heard it. 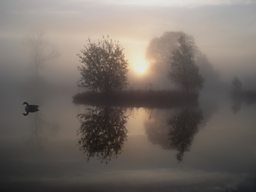 7. Every dawn chorus is unique

The sheer variety of individual birds singing in unison means that no two dawn choruses are quite the same. On top of the day by day changes, even bigger ones occur as the years pass. Noise and light pollution have affected the times that our native birds sing, while studies suggest climate change has brought new birds with new melodies to our shores. So get outside and hear this one-off wonder while you can.

Hear highlights of the Dawn Chorus breaking across continents on Radio 4 at 4.30pm on Sunday 7 May and then online.