Glaucoma is the leading cause of blindness worldwide. Its symptoms do not present themselves in an obvious way, which has led to the condition being dubbed the ‘silent thief of sight’. For those who have suffered with glaucoma where initial treatment fails, there might be a solution on the horizon which could save the sight of many sufferers. 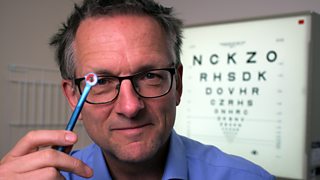 Glaucoma is a disease where the optic nerve in the back of the eye has been damaged. This damage is often caused by fluid draining too slowly from the eye which results in raised pressure in the eye. Sight loss for those with glaucoma occurs first in the peripheral vision. It can be difficult to notice this type of sight loss, because the brain compensates for it. Unfortunately, sight loss caused by glaucoma is not reversible; treatments given slow down any further blindness.

Glaucoma treatments start with drops, which can prove effective for many years. If the drops start to fail then patients can move on to a trabeculectomy, which involves surgery to make a small hole in the eye wall, or have a stent inserted. In a small number of patients, these treatments don’t work; the eye pressure builds as drainage form the eye becomes blocked which results in the surgeon having to perform multiple operations to remove the blockage and alter the pressure.

The ‘Eye Watch’ is a new, innovative device currently being trailed at Manchester Royal Eye Hospital and St Thomas’s Hospital, London. The design allows for a tap-like feature to be inserted into the eye which allows the clinician to alter the eye pressure without further surgery.

Inside the EyeWatch is a magnet which rotates on an axis. When fully closed, the magnet presses against a tube, effectively closing it to any fluid release and therefore raising the pressure. When fully open, the tube allows for free flow of fluid with no resistance and therefore would help to lower the pressure. It can be adjusted to any level between these two extremes.

The device is controlled from the outside using a pen with another magnet on the end – a procedure which is painless and non-invasive. This is a significant benefit to glaucoma patients, both preventing the trauma of repeat surgeries and also reducing the risk of infection and other complications associated with recurrent operations.

We joined Pam just after she heard she was a suitable candidate for the Eye Watch trial. She had previously been treated successfully for 20 years with eye drops, but they had eventually stopped being effective. Trabeculectomy was tried but was unsuccessful, as scar tissue formed which blocked the drainage channels. Pam then had to undergo painful and traumatic procedures to remove the scar tissue and unblock the channels using needles. Pam’s consultant, and one of the lead surgeons for the Eye Watch trial, Mr Leon Au, put Pam forward for the trial.

Pam’s surgery to insert the Eye Watch device proceeded without any complications. Two weeks later, she returned to see Mr Au for a check-up. He adjusted the device so that it would release fluid at the rate that would maintain a pressure that is optimal for Pam. The change from previous treatments for Pam is enormous. She no longer faces the prospect of multiple surgeries and painful needling procedures, and there is hope that any further sight loss will be avoided so that she can continue driving.