How to speak sci-fi

It takes a LOT of training to be a fully-fledged, proud sci-fi nerd. If someone can speak fluent Italian, they’re revered (assuming they’re not actually Italian) but fluent Klingon? You’re considered a joke. We’re here to set this right.Sci-fi and cult fiction has produced some of the most spectacular cinema, riveting radio and terrifying television since the Forties, as our sci-fi drama season - "Dangerous Visions" which begins on Radio 4 on Sunday - proves. So here’s what to say to pass as a sci-fi specialist... 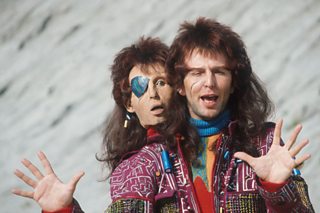 One of the most endearing and infuriating of all sci-fi creations, this is Marvin the paranoid android from Douglas Adams’ Hitch-hikers Guide to the Galaxy. An excellent cross-over work for those who want to start their sci-fi journey gently.

3. “If I can just reverse the polarity of the neutron flow...”

Try saying that when you’re fighting with the automatic checkout at the supermarket and every Doctor Who fan within earshot will snigger. Jon Pertwee said it as the Third Doctor, but it’s used by fans as general shorthand for the Doctor’s more unlikely technological experiments.

4. “I need your clothes, your boots and your motorcycle” 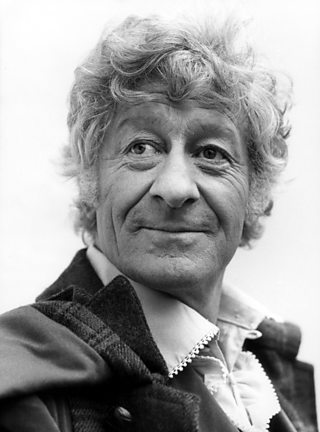 Thus spake the Terminator, Arnold Schwarzenegger, in the nip, talking to a Hell’s Angel in a bar. Unsurprisingly, he gets them.

This is what you say when you finally reach the front of the deli counter in the supermarket, clutching your little pink slip from the machine. The deli person won’t laugh as they’ve probably heard it eight million times before, but it will cheer you up before you buy your sliced ham. It comes from The Prisoner, that supremely quirky bit of British Sixties sci-fi, filmed in Portmeirion, North Wales.

6. “That information is not available”

This is black belt sci-fi. This should only be attempted by those with a Masters in Yoda studies. It is the voice of the somewhat snooty and unhelpful computer Zen in Blake’s Seven and is the sci-fi equivalent of David Walliams’ “Computer says no.”

This is bellowed by Kirk in Star Trek: Wrath of Khan. It makes an excellent roar of frustration, and also comes in handy if you have a dog called Khan that won’t come back.

And finally, if you want to go a bit post-modern, try the above just for a laugh. It’s from Galaxy Quest, a beautifully knowing film starring the late Alan Rickman, that revels in every sci-fi trope, from a crew member with no surname who immediately deduces he’s going therefore to be killed, to space vessel passages full of “chompy things”. The quote occurs when a baffled radar operator stares in incomprehension at his screen.

So there we are. You are now fully equipped with sci-fi phrases for every occasion that will guarantee you the approbation of your fellow enthusiasts. Go forth, friend. Live long and prosper.

Now you're sufficiently prepared to delve into our dystopian season of dramas "Dangerous Visions". Prepare to be disturbed.