Find out more about the presenters of Sunday

Emily has over 30 years' broadcasting experience as a BBC producer, correspondent and presenter. She specialised in world affairs, international development and religion, winning awards and nominations for her investigations into female infanticide in India, "social cleansing" in Colombia, the rape of women during the war in Kosovo, and other human rights issues. 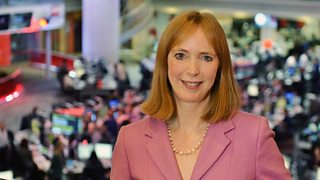 She went to St. Paul’s Girls’ School in London before graduating from Sussex University and gaining a post-graduate diploma in radio journalism at City University. She joined the BBC World Service programme Outlook and later moved to Radio 4, producing programmes including Stop Press, The Week in Westminster and Talking Politics before moving as a reporter to BBC TV’s weekly politics show, On the Record.

She then spent several years working on Assignment, Newsnight and Correspondent, where she made hard-hitting films in Africa, South America and the former Soviet Union.

As Religious Affairs Correspondent, Emily worked on many big religious news stories both in the UK and abroad, including several Papal trips, the Lambeth Conference, the aftermath of the 7/7 London bomb attacks and the introduction of Sharia law in northern Nigeria.

She has presented Radio 5 Live’s Euronews, Radio 4’s long-running series about global radio, A World in Your Ear, Reporters Notes about the musical reflections of foreign correspondents, and The World This Week on the World Service.

Emily has also written a book about adopting her two girls from China, "From China With Love".

William Crawley is a journalist and broadcaster with the BBC who presents TV and radio programmes on subjects as varied as news and politics, arts and science, and religion and ethics. 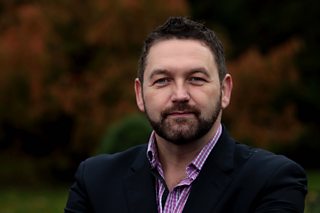 His television work includes the landmark natural history series Blueprint, the interview series William Crawley Meets, and a three-part autobiographical series documenting life in Northern Ireland: Sorry For Your Trouble, Dying For A Drink, and Losing Our Religion.

This year he also presented a Spotlight investigation from Rome, and began working as a producer and specialist consultant on BBC One's network series Sunday Morning Live.

He presents the multi-award winning Sunday Sequence and The Book Programme on Radio Ulster; Sunday on Radio 4; a variety of arts documentaries for Radio 3; and frequently presents Radio Ulster’s Talk Back phone-in show.

His broadcasting diary Will and Testament is one of the popular blogs in the BBC network.

Edward Stourton is one of Radio 4's leading presenters of news and documentaries. Born in Lagos, Nigeria in 1957, he was educated at Ampleforth College and at Trinity College, Cambridge, where he took a degree in English Literature before joining ITN as a graduate trainee. 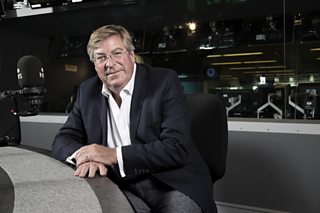 He was a founder member of Channel 4 News, working as a scriptwriter but adding producer, duty home news editor and chief sub-editor to his duties. Edward reported from Beirut for the first time in 1983 and spent most of the next decade covering foreign news.

In 1986, he was appointed Channel 4's Washington Correspondent covering the final years of the Reagan presidency and the 1988 presidential campaign. He also presented special programmes on the Iran-Contra scandal.

In 1988 Edward joined the BBC as Paris Correspondent. In 1990 he returned to ITN as diplomatic editor, and during his three years in the job he reported from Baghdad during the Gulf War, from Bosnia during the siege of Sarajevo, from Moscow in the final days of the Soviet Union and from Europe throughout the negotiations leading up to the Maastricht summit.

In 1993 he returned to the BBC to the One O'Clock News, which he presented for six years. He has also presented editions of Correspondent, Assignment and Panorama, and the phone-in programme Call Ed Stourton on Radio 4. His current affairs work for Radio 4 includes the series The Violence Files, Asia Gold and Global Shakeout. Asia Gold won the Sony Gold for current affairs in 1997.

In 1997 he presented Absolute Truth, a landmark, four-part series for BBC 2 on the modern Catholic Church and wrote a book to accompany the series.

In 1999 Edward joined the team on the Today programme which he presented until September 2009. He has since joined the presenting teams on The World at One and The World This Weekend and taken over presentation of Sunday, Radio 4's main religious news and current affairs programme.