Kavon: “I knew I was zombie food” 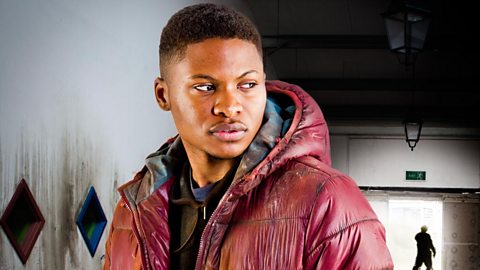 How will ladies' man Kavon fare without his hair products in the apocalypse?

In Episode 3, Kavon became the third survivor to meet his demise, much to the satisfaction of a very hungry zombie horde! Now resurrected in a more familiar world, he talks about his relationship with fellow survivor Amena, and filming his death scene.

First of all, welcome back from the dead! What made you want to try to survive the apocalypse?

Thank you. I wanted to try and survive the apocalypse because I like adventure; something challenging and fun, and that's exactly what it was.

Just how scary is it?

What surprised me was how real it was. I kept saying to myself this isn't real it's just a game. I even tried singing to myself, but that didn't help. I was terrified. I couldn't even look the zombies in the eyes!

You struck up a particularly close relationship with Amena when you were at the base. What was it about her that you liked?

I did! Well, when we first saw each other we just smiled and laughed and it began there. We bonded quite quickly as we have a similar sense of humour and things in common. I made a friend for life.

She mentioned that she never got to say a proper goodbye to you before you left for your final task. Is there anything you would have said to her?

That was annoying - we didn't get to say goodbye. I was told she was upset and was wearing my jacket and felt bad.

[If I had the chance to say goodbye] I would have said; "keep doing what you’re doing; you’re a soldier."

Let’s talk about that corridor of zombies – did you take one look at it and think ‘I’m finished?’ or were you more optimistic about your chances?

Well I came around the corner and said, "what the **** is this!" I knew I was zombie food. There was no way I was walking through those things as the army had instructed. I didn't want to go, but then my survival mode and the adrenaline kicked in and I just jumped on the table and flew past most [of the zombies], but got caught at the end.

Tell us about how you filmed your death scene? Was it as horrifying as it looked or were you able to have fun with it?

I was thrown on the floor and had my heart eaten. It was fun filming - it felt like a Hollywood movie set. About 100 people came out of nowhere.

And finally, who would you like to see survive?

Amena is my obvious and only answer!!!