Independent Venue Week returns in 2020 and it's bigger than ever. 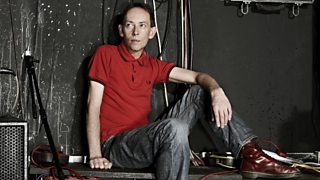 This year 232 venues across the UK have signed up for the week long celebration of live music, and 6 Music's Steve Lamacq's show will be hitting the road from the Mon 27 to Fri 31 January in support.

Armed only with a tour bus and amplifier, Steve's going to be taking some of our favourite artists back to venues that were pivotal in their fledgling careers.

The week kicks off in Newcastle, when Steve is joined at the Cluny by former Independent Venue Week Ambassador and double Mercury Prize nominee Nadine Shah.

On Tuesday, we are in Sheffield broadcasting from the city’s longest serving live venue, The Leadmill, where Self Esteem join us.

Wednesday sees us at Clwb Ifor Bach in Cardiff, with Gruff Rhys us for an interview and session. When he hits the stage it will mark the fifth consecutive decade that he has performed at the venue.

On Thursday we'll be in Exeter at The Cavern, with Frank Turner joining us to play for the show.

And for the final stop on our week-long tour around the UK, we’ll broadcasts the show live from the Windmill in London’s Brixton, where we’ll be joined by Anna Calvi, the three time Mercury prize nominee who is Independent Venue Week’s ambassador for 2020.