Hidden Treasures of the Wolds Way

The Yorkshire Wolds is the least trampled of Britain’s national trails, extending for 79 miles across rolling chalk hills.

This land of big skies and majestic views is full of surprises, from its isolated villages to its hidden valleys far off the beaten track.

The Wolds is the most northerly chalk landscape in England, running from the seaside town of Filey in the north to Hessle on the Humber estuary in the south.

Presenter and adventurer Paul Rose takes to the trail and explores 10 of its hidden treasures and secret landscapes.

The Kiplingcotes Derby is a race with a difference. Unlike its famous counterparts like Epsom and Aintree, anybody can enter this cross-country horse race.

It is thought that the derby, which has been run near Market Weighton every March since 1519, is Britain’s oldest horse race.

The derby is a four-mile flat race on farm lanes and tracks, and remains a firm fixture on the Wolds’ sporting calendar.

Paul Rose finds out what it’s like to ride in the race from Sam Osborne who had the ride of her life to win the Kiplingcotes Derby on ex- race horse, Mr P, also known as ‘The Mad Professor’.

How to win the Wolds' derby 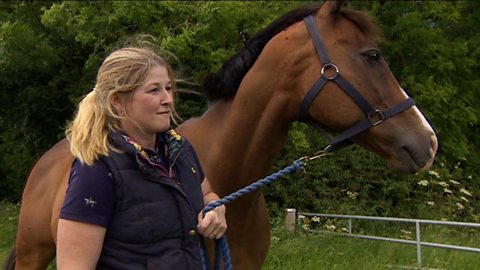 Behind the scenes at the Kiplingcotes Derby.

St James’ Church which nestles in the sleepy village of Nunburnholme has a remarkable claim to fame.

It was here that the Reverend Francis Orpen Morris was the local vicar between 1854 and 1893.

He’s famous for being one of the greatest naturalists of the Victorian age and a pioneer of nature conservation.

Reverend Morris meticulously studied and catalogued wildlife in the Wolds when he was writing his definitive guide "A History of British Birds”.

The Wolds were the perfect habitat for the inquisitive vicar who lacked the kit and technology that modern wildlife experts have at their finger-tips.

Nature expert Mike Dilger looks at the wide range of nature that Revernend Morris would have seen in and around the church yard.

Nature in the churchyard 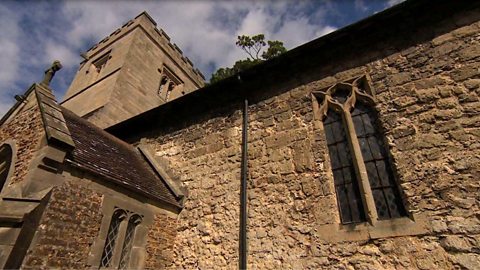 Nature in a churchyard

Reverend Francis Orpen Morris was one of the greatest naturalists of the Victorian age.

Pocklington Aerodrome was once an RAF bomber base but today it is famous for its gliders which ride high above the ground on the thermals.

But there are still signs of its former role - two runways remain as well as part of the old perimeter track which forms the current entrance road.

This former World War Two airfield opened in 1941 as a base for a squadron of Wellington Bombers.

Later in the war, a succession of other aircraft based themselves here including the Halifaxes of the 102 and 405 squadrons.

The RAF base was abandoned in 1946 and the land was returned to the original owner. Today it’s the home of the Wolds Gliding Club who still acknowledge the aerodrome’s past.

They’ve dedicated a small area of land beside the hangar for a memorial to the men who flew from Pocklington during the war.

The Wolds from the air

Paul Rose in a glider at Pocklington Airfield

Dry valleys are a special feature of the Wolds with their calcium rich soils which result in a lush carpet of summer wildflowers.

The isolated village of Thixendale is nestled deep in the land of dry valleys in the Wolds. The landscape has hardly changed in generations.

It was one of the last places in England to get a decent television signal.

Beyond Thixendale village the Wolds Way reaches the highest point on the walk at 700 feet before descending into Deepdale where visitors can discover the deserted village of Wharram Percy.

The village was largely abandoned in the 15th Century and only the ruined walls of St Martin’s Church remain today. Archaeologists have been crawling over it for years and it is one of the most studied medieval sites in Britain.

Thixendale is located in a remote valley

Sledmere is one of the Wolds’ great country houses and has been in the hands of the Sykes family since the middle of the 18th Century.

Although it looks Georgian from the outside, the house is not all that it seems. It is actually a very convincing ‘fake’, having been rebuilt after being destroyed by a fire in 1911.

Fortunately, most of the contents of the house were rescued during the fire and today’s visitors can see the house’s fine plasterwork and furniture collection.

During the Second World War, the house was on invasion alert and local men were recruited into secret units to harass the Germans, should they ever reach the Wolds.

Sledmere House is a convincing ''fake'

The Wolds played an important role during the Cold War and there is still evidence of military operations if you look very carefully in the landscape.

A concrete bunker high on the Wolds was one of around 1,500 built across the UK. They were only stood down in the early 1990s.

The volunteers were trained to use monitoring equipment to detect the size and direction of any potential nuclear attack.

A small concrete 7 x 16 feet room became the command centre of their operations. From here the men would monitor the size of a nuclear attack and report their findings to HQ in York.

Today, walkers can still see the bunker but it isn’t open to the public. Presenter Paul Rose was given special access to go inside in this video.

Inside a Cold War bunker 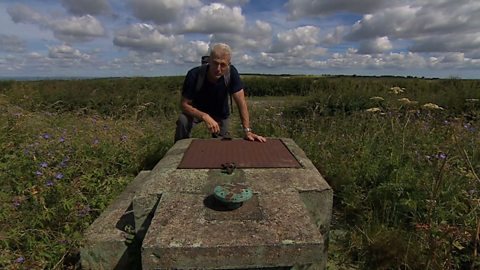 Inside a Cold War bunker

Paul Rose gets special access to go inside a Cold War bunker in the Yorkshire Wolds.

The rich military history of the Wolds can also be seen at Staxton which is an important radar base.

This remote base has been used as an early warning site since the 3rd Century BC when the Romans set up a beacon here.

In the 1930s, when war with Germany looked inevitable, the government set up a network of 16 radar bases to keep the Luftwaffe at bay and destroy enemy aircraft.

At the height of the Battle of Britain in 1940, Staxton Wold was kept busy countering potential German attacks in the air.

Today, it is the only one of the original 16 radar sites still operating, making it the oldest radar base anywhere in the world.

The original radar has been replaced by modern technology but the base continues to play a key role in looking for unauthorised incursions into British airspace. 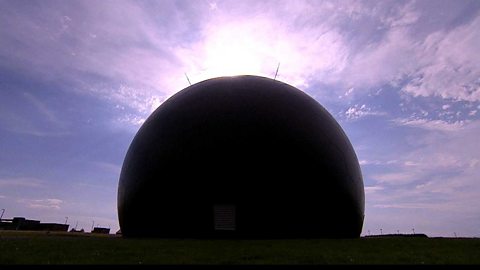 Go inside Staxton Radar Base 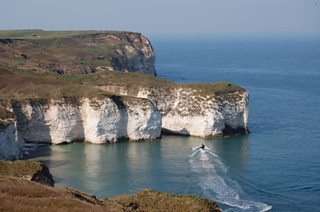 Bempton is ‘sea bird city’ with its colonies of breeding guillemots, kittiwakes and razorbills during the summer months. It is located just off the Wolds Way, if you make a short detour.

The chalk has made the perfect nesting environment. The horizontal ledges have been adopted by the birds and different species nest at each level of the cliffs.

Puffins can be seen near the top of the cliffs, nesting in burrows, whilst gannets and guillemots are further down whilst shags occupy the broad ledges and caves at the bottom.

One of the best ways of seeing this great spectacle is to head out to sea on the RSPB boat trip on the Yorkshire Belle.

Walkers can take the clifftop walk where they can watch the seabirds crammed onto the cliff edges. Looking out to sea, there’s a good chance of seeing harbour porpoises and grey seals swimming below the towering cliffs. 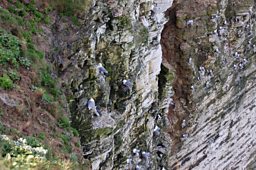 The Yorkshire Wolds is full of surprises. Despite its cool climate, this northerly area is developing a reputation for wine production as a result of its rich soils and sunny south-facing slopes.

The Wolds boasts one of the most northerly vineyards in Britain at South Cave near the village of Welton.

Little Wold Vineyard was planted with vines in spring 2012 and its first harvest took place in 2014.

On a sunny day, you could be forgiven for thinking that you might be in Provence rather than deepest Yorkshire.

Visitors can take a vineyard tour and discover how grapes are able to grow so far north. 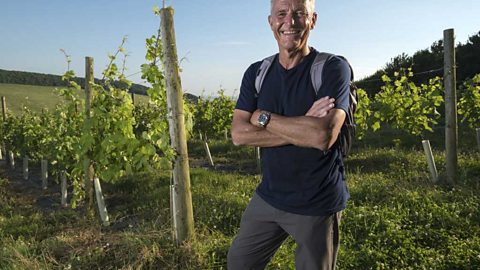 Wines of the Wolds

Paul Rose visits a vineyard in the Yorkshire Wolds.

The Wolds is an inspirational landscape which has inspired artists and writers down the centuries.

One of the contemporary artistic highlights near Thixendale is an art work called “Time and Flow”, a dramatic spiral earthwork, best seen from the top of the valley.

The new ‘Secret Art’ virtual art experience takes place across 30 different locations along the Wolds Way. Walkers can “hear” and “see” poetry and paintings floating in the landscape, using the latest technology on smartphones or tablets.

The art works have been produced by local artists including Robert Fuller who specialises in wildlife paintings. He draws his inspiration from local wildlife from tawny owls and badgers to birds of prey.

You can also see Robert Fuller’s paintings in his gallery at Fotherdale Farm in the Wolds. 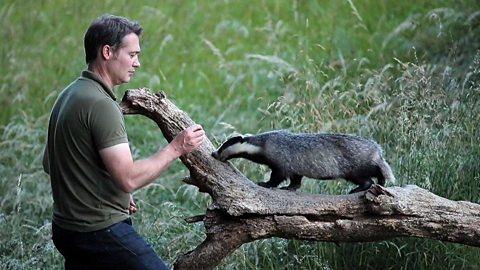 To take the Secret Art tour or upload your own paintings and poetry, download the APP called TRACES from the Yorkshire Wolds website 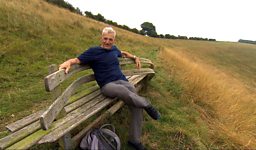 'Humber Wonder' - Discover the Humber Bridge from above 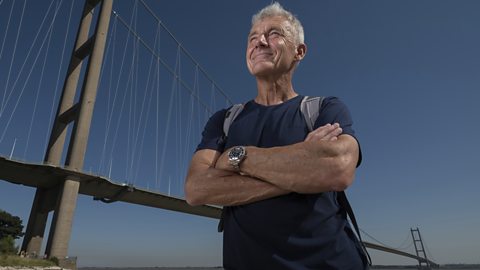 ‘The Wonder on the Humber’

The story of the Humber Bridge