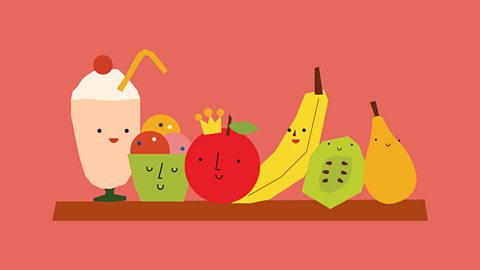 Read by Neet Mohan from the BBC Radio Drama Company.

I was swaying in the breeze when some farmers came to my field. I was picked! I was put on a really cool conveyor belt thing, then we came into a huge white building. I was put in a clear bag and chucked rather painfully into a box, which was stuffed into a lorry. Later, we arrived at the supermarket. My box was put near some peppers, tomatoes and lettuces. I said “Hi” but they didn’t seem to hear.

As the supermarket assistants walked away I got to know a few of the other celeries in my box. There was Larry, Dave, Jerry and Johnny. None of them came from my field, but they were very friendly. We started taking bets as to who was going to be picked up first. There were a few false alarms when one of us was grabbed and then put back. The peppers said “Celery never gets bought”. How rude.

But in the end Larry was the chosen one. He disappeared into a basket with a few tomatoes. And absolutely no peppers. We all blew raspberries at the peppers. Ha!

Another customer came along. “Pick me! Pick me!” everyone was saying. Surprisingly, she ignored the others and lifted me out of the box.

“You’re nice and green,” she said. Normally, a celery would have been slightly offended by that remark but I was so happy to be in her trolley that I didn’t comment. She pushed me to the checkout, took me home and put me into a cold, dark, white fridge. Where I have stayed for the past 3 months.

Apart from the chilliness, it has been quite pleasant. The yoghurts and jams generally leave us alone. The other vegetables are friendly especially the lettuces. Unfortunately, just as I get to know them, they seem to leave.

Ooh, the door is opening again! All the lemons, tomatoes and peppers are rushing to the front as usual. Celery is never picked, so I loiter at the back. I would have been laughed at otherwise. But, wait, what is happening, she has opened my drawer and lifted me out!

Now I am being placed on a large chopping board. I’m fine with that. Until a huge knife comes swooping down on me like a bird. I am frozen stiff. Aaaaaagggghhhh! I scream as the knife cuts through me. And again. And again. Then, when I think my luck can’t get any worse I am dropped into a pan of boiling water.

“What, in a pan of boiling hot water?” I yell. Honestly, Barry is such a pea-brain.
After a while, we are thrown into a dish with some sausages, then we are transported to an extremely hot oven. Great.

After a few hours in the oven, I am spooned onto a plate with the sausages, Barry, and a pile of rice. I take one last look around before someone bites into me, chews me and finally swallows me...