It seemed like a complete no-brainer. Star Wars, released in 1977, was a massive (and completely unexpected) success. Few people had any faith in George Lucas’s ‘space opera’ before it came out. The only reason it was written was Lucas couldn’t afford the rights to Flash Gordon, which was the space epic he really wanted to make. But, against the odds, Stars Wars was made and became a cultural phenomenon. So a sequel seemed inevitable. The public were obviously hungry for more and Lucas had much more story to tell. But the road to The Empire Strikes Back was a rocky one and the entire Star Wars franchise nearly stalled at this point.

Many didn't want a sequel

Even though George Lucas had whittled down his original storyline for Star Wars and wanted to finish his space fable, many were worried about making another film. Including George Lucas. The making of Star Wars had been incredibly stressful and he vowed never to direct a film again. Back in the late 1970s, sequels were not as ubiquitous as they are now and were often viewed as cheap cash ins. And many felt that the original Stars Wars would get all the credit no matter how much effort they put into a subsequent film. As the director Irvin Kershner stated, “We had no idea if there was still an audience for another film.” 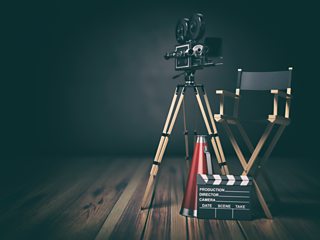 George Lucas wanted to avoid directing Empire, due to the pressure of the first film

Though Lucas wanted to avoid directing the next film due to the pressure of the first one, he still wanted complete creative control. His plan was to find a surrogate director that he could mould in his own image and get to do his bidding. But, instead, he hired veteran director, and his former film professor, Irvin Kershner, who had a huge personality and a singular vision. Kersh, as he was known, would not be a Lucas stand-in and would imprint his own ideas onto the film.

It was a huge gamble

Lucas wasn’t impressed by the actions of the Star Wars studio 20th Century Fox and wanted to take complete control of any subsequent films. So he plunged his own money into the production at massive financial risk to himself. But Lucas had a vision of working outside of the Hollywood system and creating a colony of likeminded creative visionaries who would make films without interference from the money men.

Lucas had struggled to write the first Star Wars film so hired a veteran screenwriter, Leigh Brackett, to write the story. Brackett came from the world of Howard Hawks’ film noirs and pulp sci-fi stories. So it was no surprise that her first draft contained many sci-fi elements including a magic light sabre, crystals, snow lizards and a romantic love triangle. Lucas was disappointed with what he received but before he could discuss any script refinements, Brackett died suddenly and he faced having to rewrite the script himself.

He lost most of his staff

Mark Hamill's face had to be completely reconstructed, and he just didn't look like the same person.

The success of Star Wars meant that the visionary minds behind it, especially in the special effects department, were hot properties in Hollywood. With no sequel yet announced, many left Lucas to join rival production companies and work on projects such as Battlestar Galactica. Now the next Star Wars was happening, he couldn’t convince them to return to his company Industrial Light and Magic and so had to begin the painstaking process of finding fresh talent.

In 1977, Luke Skywalker actor Mark Hamill was involved in a near-fatal car crash. His face had to be completely reconstructed and, though he recovered, he just didn’t look like the same person. There were various plans to write this face change into the script but eventually it was decided that, early in the film, Luke would be hit in the mush by a Wampa monster and suffer injuries to his face.

While Mark Hamill and Carrie Fisher had agreed to appear in any potential sequels when they signed their Star Wars contracts, Harrison Ford had refused to do so. In fact, he tried to convince George Lucas to kill his character off as he felt he’d served his purpose. This is why Han Solo is frozen at the climax of the film. It wasn’t guaranteed that Ford would make another appearance and so Lucas wanted options.

Yoda was a nightmare

Lucas had written himself into a corner by killing off Obi-Wan Kenobi in the first film. He needed someone to teach Luke Skywalker the ways of the Force. They decided to create a new character, originally called Buffy, but not a human. This became an enormous production challenge. Eventually they decided on a puppet, the first animatronic one, handled by Muppet veteran Frank Oz. Yoda was designed with Oz’s hand as a starting point and the rest built around it. It took four people to control it which meant filming those scenes were painstakingly expanded. Mark Hamill grew intensely lonely with no other human actors to interact with and the puppeteers were menaced by the real snakes that lived in Yoda’s hut. 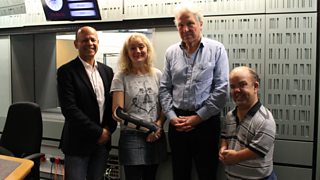 "I was one of the original Ewoks"

Brian Wheeler on the start of his acting career.

The studio burnt down

Much of the action in Empire was going to be filmed at Elstree Studios just outside London. But maverick director Stanley Kubrick was filming The Shining at the studio at the same time. A huge fire in Studio 3 destroyed all the sets for The Shining and the Empire crew were required to allow Kubrick to use some of their space, pushing the production behind schedule.

Perhaps the most difficult part of the production was recreating the frozen planet of Hoth. They eventually found Finse in Norway which was basically a train station with a hotel next to it. The crew encountered the worst weather in 50 years with blizzards, avalanches and white outs. “It was so cold the film would snap,” director Irvin Kershner revealed. The crew were snowed into their hotel, but filming carried on anyway. The cameras would stay inside the doorway while Mark Hamill ran out into the tundra to be quickly filmed before running back into the warm. One crew member, after 10 weeks of shooting in the wilderness, cried when he saw his first tree. 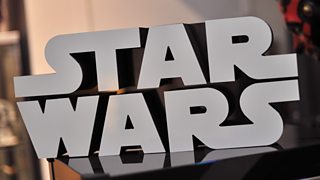 They ran out of cash

It was like sword fighting in a sauna bath eight or nine hours a day.
Mark Hamill on filming The Empire Strikes Back

With intricate, revolutionary special effects, production problems, scheduling issues and puppets on set, Lucas soon began to stretch the budget. By the time of the final encounter between Luke and Vader had to be filmed, there was no money left. The set had to be built on a shoestring and had no backgrounds. It was just a series of ramps, encased in steam and smoke with coloured lights to fill in the rest. This steam made the filming tricky. “It was like sword fighting in a sauna bath eight or nine hours a day,” according to Mark Hamill.

The gamble paid off

With a darker more adult tone, the film received a mixed reception on release. Even George Lucas wasn’t sure and it’s reported that he thought Empire was the worst film in the Star Wars franchise (though his opinion appears to change pretty frequently). But Empire is now considered the best of all the Star Wars films and it proved that Lucas could finance his own film and create a believable space epic that paved the way for the next sequel, Return of the Jedi and the subsequent prequels, sequels and spin-offs.