Why don’t women get involved in public life?

As we celebrate 100 years since some (not all…) women were given the right to vote, we remember the efforts of the women involved. From the peaceful marches and petitions of the suffragists, to the arson attacks and hunger strikes of the suffragettes, their passion and commitment changed history. But what about women today? BBC Radio 4’s Woman’s Hour has polled British women about their current attitudes to, and involvement in, campaigning, activism and public life in 2018. The poll was conducted by ComRes and this is what we found….

• 10% of women would consider getting involved in public life in a formal way.

• 42% of those women who weren’t interested said it was because they’re ‘not that type of person’. Only 4% of women cited ‘personal abuse or threats’ e.g. trolling as the main reason not to get involved.

• 72% of women said they’d be prepared to take some form of action for a cause they believed in. However, less than a third of women have actually done so in the last year.

• 3% said they would be prepared to break the law.

• When asked ‘which woman is most effective in campaigning for women’s rights today’ the majority polled failed to give a single name. Prime Minister Theresa May was the most cited, followed by the Duchess of Sussex (Ms Meghan Markle) and then Malala Yousafzai.

What should we make of these results?

Jansev Jemal is the lead on Politics and Media Research at ComRes. She says: “We really wanted to understand women’s sense of efficacy, the extent to which their voice can, and will, be heard if they stand up and make a difference. I think that’s very important as to how women will get involved.” In response to the finding that 90% of women would not consider entering public life she added: “I think it’s so sad to read that statistic.”

A large proportion of women said ‘I’m not that type of person’ and and almost 6 in 10 women said that confidence was an issue.
Jansev Jemal, Lead on Politics and Media Research at ComRes

Jansev believes a combination of reasons are behind that figure but namely a lack of self-belief: “A large proportion of women said ‘I’m not that type of person’ and I think that’s fascinating…I want to unpick what women generally think it takes to get into politics. We had a question about confidence and almost 6 in 10 women said that confidence was an issue”.

Why I took action

So, what does it take to stand up and make a noise about something you believe in? What separates and distinguishes the women that do, from those that don’t? We found that 3 in 4 British women would be willing to take some form of action for a cause they believe in (72%) but only around 1 in 4 have done so in the past year (28%). 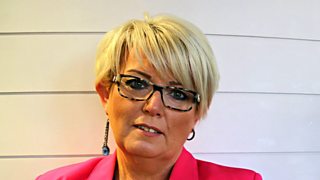 Personal interest was cited by 26% of women as the reason they would be motivated to take action. So when the cause is close to home, is that what makes the difference?

In 2007, Garry Newlove was attacked by three teenagers outside his house in Warrington and killed. After a lengthy 10 week murder trial, his wife Helen Newlove spoke out for the first time in a press conference: “I just wanted people to take responsibility, children were getting feral, we had a lot of alcohol issues, for me it’s about accountability and responsibility.” It began with a single press conference but since then Baroness Newlove’s campaigning and activism has propelled her onto a global stage. She has set up a number of foundations, worked closely with government and provided support to young people. In 2012, she was appointed the Victims' Commissioner and now sits in the House of Lords as a Conservative Peer.

So, what was it that gave Helen the courage to keep campaigning? She says: “I can honestly say I don’t know! I got lots of support… people were fantastic. I kind of went on a journey… an education about why alcohol was an issue, went into schools, did a few documentaries, went into prisons. I did an education journey. I also wanted to give back for the young people who don’t cause a problem, which is 99%, and I wanted to encourage them.” Her work has not been without criticism, as she describes the backlash she has faced as a woman in the public eye: “Still to this day I get a lot of people saying bad things like ‘how dare I’ or ‘what do I know’ and I don’t say I know everything.”

How far would you go?

Mary Barton is 63 years old and from Welwyn Garden City. For the past 9 months, every Thursday, Mary has made her way to the Department for Environment, Food and Rural Affairs in Central London to protest against badger culling. She stands quietly outside the government building, waving to members of staff, watching them come and go, dressed as Betty Badger. Mary says: “I think there are lots of different ways of being active, everything from writing to newspapers, doing polls on the internet and simply being there. I’m doing a vigil. I’m trying to make people say, Mary or Betty why are you doing this? People ask the question and I am having an influence. I’m being noticed, I think it’s quite amusing and it’s light hearted…and Michael Gove, the Environment Secretary, always says hello.”

Whilst Mary may describe her protest as amusing and light hearted it isn’t without its challenges. She says: “It isn’t easy to put your head above the parapet because you set yourself up for abuse and being shot down. But perhaps it is in my nature to take responsibility to solve problems I see around me and to and stop cruelty.” 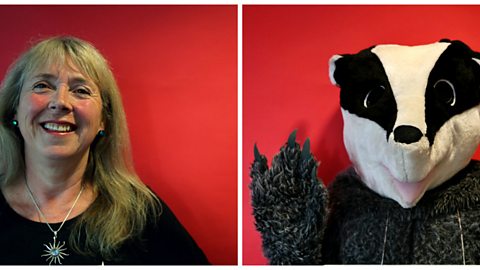 "I dress up as a badger to make my voice heard"

One woman's unique approach to campaigning.

It isn’t easy to put your head above the parapet because you set yourself up for abuse and being shot down
Mary Barton, Activist 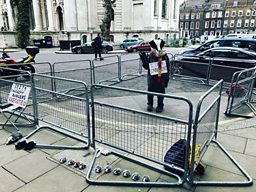 Mary Barton protests against badger culling dressed as a badger..

According to our poll, raising media interest on an issue or cause is the most common motivation cited for taking action (63%) and it seems that influencing politicians was much more of a motivational factor for taking action for older women (aged 55+) than for younger women. 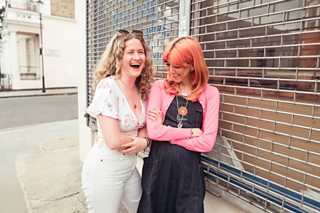 Grace Campbell describes herself as a feminist activist. She’s 24 years old and alongside columnist Scarlett Curtis co-founded The Pink Protest, an organisation with the aim of “redefining what activism means to young people”. Grace, the daughter of political aide Alistair Campbell and journalist Fiona Millar, says “growing up around people who wanted to make change” definitely had an impact on her but it was her own generation’s activism that inspired her to get more involved. She says: “Young people are really active but we haven’t got a bridge between physical activism and online activism. We wanted to put a face to that which was why we started The Pink Protest.”

Grace believes online activism most definitely does have its place. She says: “I think online petitions are a great way to start a campaign. For sure, it’s a great way to get noticed, if anything, it’s good PR because when those campaigns spread like wildfire the more people that see them, the more people that know about the issue. But then you have to follow that through with a bit of a strategy - how can I bring this to parliament, how can I get actual change makers to follow this through? That’s the bigger part of the game.” 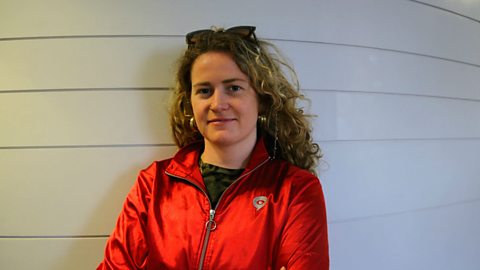 Why I became an activist

Grace Campbell on what inspired her to become a feminist activist.

What are the barriers?

Just 10% of women would get involved in public life, in a more formal way, according to our poll. So, how do we change the perceptions of what that entails? Labour and Co-op MP for Feltham and Heston, Seema Malhotra thinks one of the issues is “the disconnect between community activism and political activism”.

She says: “I think we have to open the doors much more to politics and to power…alongside a system failure, I think we have a social failure where the default seems to be ‘it’s not my place’ and ‘nobody will appreciate me’ and ‘I won’t be good enough’. We’ve got to turn that around to be more the way men will think about it which is ‘It is my place and I will be good enough’…it’s an incredible challenge.”

• 5 women in the cabinet, including Prime Minister Theresa May.

• 32% of local authority councillors in England were women. 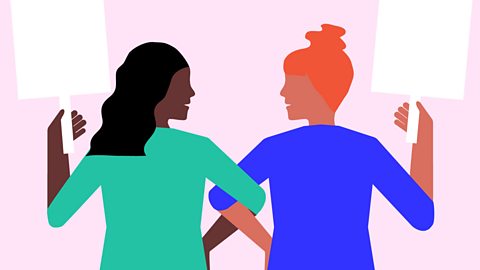 Why don't women want to get involved in public life?

MP Seema Malhotra explains why she thinks many woman are afraid of the word 'politics'.

Is it worth it?

Whether you’re signing petitions online or taking to the streets in protest, as we’ve heard from these female activists getting your message across takes effort. On top of that, throw work, family and a personal life into the mix and what toll is that taking?

Campaigning does come at a cost
Rebecca Steinfeld, Activist

After four years of campaigning, Rebecca Steinfeld and Charles Keidan are one step closer in their legal bid to win heterosexuals the right to a civil partnership instead of a marriage. More than 130,000 people signed an online petition in support of civil partnerships for everyone. This week, ruling in their favour, the Supreme Court said the Civil Partnership Act 2004 – which only applies to same-sex couples – was incompatible with the European Convention on Human Rights. Rebecca described her elation at the decision but admitted that “campaigning does come at a cost”. She says: “I think my professional life has suffered… there is a price to be paid and that’s why I think alongside what makes an effective campaign is having something personal at stake. You’ve also really got to care because you are going to making sacrifices. And if you don’t care you will give up.” 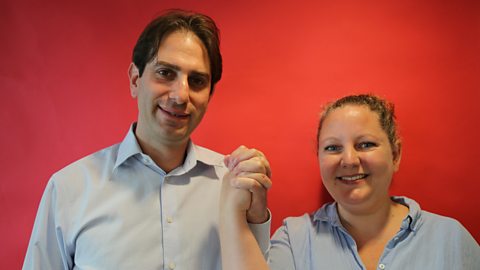 "There is a price to be paid for campaigning"

Rebecca Steinfeld discusses the impact of campaigning for civil partnerships for all.

Are you an activist? What drives you to speak out? We want to hear from you! Do you have ambitions of making it all the way to Westminster? Or are you campaigning for something very personal and important to you on a local level? Please get in touch and share your stories with us. If you want to find out more about our poll, do check out the full results.

ComRes surveyed 1,083 British women aged 18+ online between 30-31 May 2018. Data was weighted to be representative of GB women by age and region. ComRes is a member of the British Polling Council and abides by its rules.