Oology: The criminal history of the fanatical egg collectors

Many Victorian novels mention ‘birdnesting’ as a hobby for schoolboys home for the holidays. Collecting wild bird nests or eggs, or oology (the scientific term for the study of eggs), was seen as an entirely worthy and indeed wholesome hobby. After all, children were out in the fresh air and learning their natural history at the same time; so much better than collecting common cigarette cards.

One famous collector was willing to have his teeth broken to remove an egg that had become stuck in his mouth.

The hobby was not restricted to children. Egg collectors would swap or trade with one another and competition became fevered among wealthy or intrepid collectors. Enthusiasts vied with each other to go to more and more extreme lengths to collect the eggs; one famous collector, Charles Bendire, was willing to have his teeth broken to remove an egg that had become stuck in his mouth after he had placed it there for safekeeping after climbing down a tree.

In the early 1900s conservation organisations like the Royal Society for the Protection of Birds (RSPB) were making the connection between birdnesting and declining bird numbers. In their defence oologists claimed they always took all the eggs, which would then prompt the bird to lay another clutch.

The collecting of some specimens is still undertaken, even by major conservation organisations, under licence. The collections and the individual specimens studied in the 1800s-1900s remain some of the most important resources in understanding breeding in birds. Many of the collectors were well-meaning, knowledgeable pioneers of ornithology. 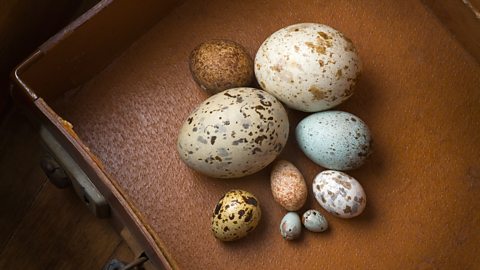 Why is the shape of an egg so naturally pleasing?

Dr Ed Conner explains why an egg is such a visually pleasing shape.

In 1922 however the backlash against oology was well underway. The naturalist Lionel Walter Rothschild, 2nd Baron Rothschild, and his fellow amateur naturalist the Reverend Francis Jourdain founded a group called the Jourdain Society, to protect the interests of oologists, after the RSPB denounced the practice. 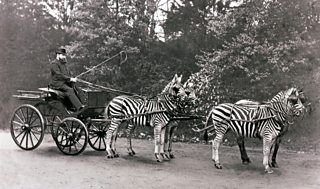 Lionel Walter Rothschild was famous for driving around in a carriage pulled by a zebras © The Trustees of the Natural History Museum, London.

In 1954 the Protection of Birds Act made oology illegal, but the Jourdain Society continued unabashed, turning up to meetings in full evening dress carrying cabinets full of eggs. Some Jourdain Society members had criminal records for birdnesting and their meetings were frequently raided. Membership dwindled after 1994.

Egg collecting went underground and collectors are, for obvious reasons, very wary of going on record but in various interviews they have described themselves as ‘obsessed’ and ‘fanatical’. One said, “Oh thank God, now I have to stop” when the police entered his home to seize his collection. They will experience extraordinary physical hardship to collect their ‘prize’ - sleeping rough for days on end, scaling rock faces and all the while, of course, facing imprisonment. The police have created a division for cases of egg theft and the officers train in outdoor surveillance using SAS techniques in order to intercept their targets in the field before the damage is done.

The Natural History Museum at Tring houses most of the eggs collected pre-1954, appropriately enough on the former estate of Baron Rothschild. 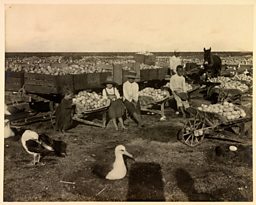 Henry Palmer was sent by Tring Museum owner Walter Rothschild to collect bird specimens for scientific research from the Sandwich Islands (now Hawaii) between 1890-92. The specimens he returned to Tring were key to the publication of Rothschild’s work Avifauna of Laysan, which records several species now extinct or highly endangered. While on the island of Laysan, Palmer documented some of the commercial egg harvesting operations that he encountered. © The Trustees of the Natural History Museum, London. 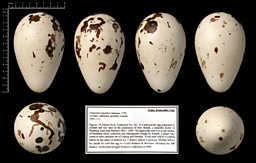