10 amazing facts about coral reefs (and one terrible truth)

The beauty of coral reefs is well known, but do you know their role in medicine or how they impact the economy? Film-maker, photographer and marine biologist Ellen Husain revisited the Great Barrier Reef for Costing the Earth. She presents 10 wonderful facts about coral reefs and one terrible truth underlying them all.

Corals are animals, but many are powered by the tiny photosythetic algal plants within their cells; with this energy they are capable of building geological structures. Most corals are colonial animals - superorganisms comprising lots of smaller organisms - made up of multitudes sea anemone-like coral polyps. In the reef-building "hard corals", the polyps sit in a carbonate coral skeleton, which over time builds the fabric of the reef. 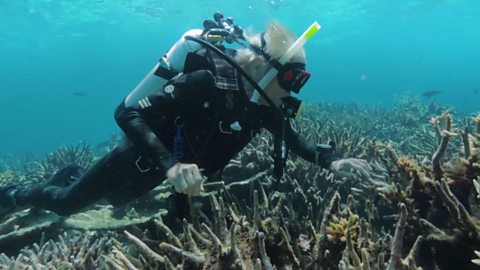 What has happened to Opal Reef, filmed for Blue Planet II?

Dr Charlie Veron, who has dived on the reef for decades, reveals a devastating change.

2. Cities under the sea

Coral reefs are like cities under the sea. The structure of the living corals themselves provides homes and hiding places for a huge range of marine life. Professor Ove Hoegh-Guldberg describes the Great Barrier Reef as "the Manhattan of marine ecosystems”. 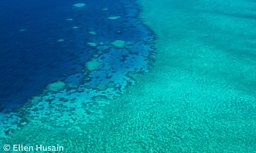 3. Rainforests of the Sea

Coral reefs are vitally important nursery grounds for fish and other marine life. It’s estimated that 25 percent of all marine life globally depends on coral reefs for at least one stage of its life cycle – so they populate the oceans far beyond the boundaries of the reefs themselves.

Coral reefs are the most biodiverse habitats in the oceans, and like the trees of a rainforest, the coral structures provide the structure of the ecosystem, within which other plants and animals live. 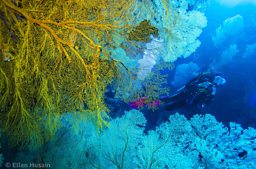 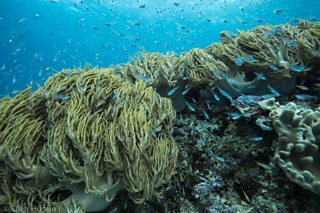 The Great Barrier Reef is the largest structure ever made by life on Earth. It’s the length of the entire west coast of the USA.

John O’Mahoney at Deloitte Access Economics has recently valued the Great Barrier Reef at AUD $56 billion, contributing 64,000 jobs and $6.4 billion a year to the Australian economy.

The Bird’s Head Peninsula coral reef of West Papua is the most biodiverse region of the world’s oceans, with a grand total of 574 coral species alone – 72 percent of the world’s species on one headland. Single reefs here hold four times as many species as the entire Atlantic Ocean. All the planet's richest reefs lie within the "Coral Triangle" – a glittering collection of islands in the Indo-Pacific, all home to at least 500 coral species.

More than just pretty places to visit, an estimated 0.5 billion people rely on coral reef fisheries worldwide for 95 percent of their protein – often in the poorest developing countries.

Coral reefs worldwide have been valued by the World Wildlife Fund and the Smithsonian Institute as worth at least $1 trillion, generating $300-400 billion a year in food and livelihoods from tourism, fisheries, and medicines. 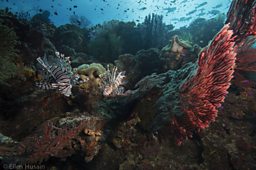 The Great Barrier Reef has grown up over an astonishing 20 million years.

Some deep-water corals can survive without photosynthesis in near or complete darkness; these species are generally very slow- growing and fragile. 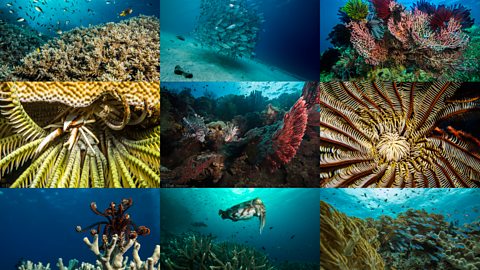 Scientists predict that we will lose 90 percent of coral reefs globally by the year 2050, due to global warming – even if we achieve the Paris Agreement targets.

In the last 30 years, we've lost 50 percent of corals globally.

Fifty percent of the Great Barrier Reef has died in the last two years alone, due to coral bleaching – in a trend mirrored by coral reefs around the world.

According to UNESCO, by 2050 warming will exceed the ability of coral reefs to survive at most World Heritage sites around the world.

The twin threats to coral reefs are coral bleaching, and ocean acidification - both are ultimately linked to anthropogenic (human-induced) high CO2 levels in the Earth’s atmosphere.

Reef death will affect the 0.5 billion people around the world who depend on reef fisheries for food (Climate Council of Australia).

According to Professor Charlie Veron, losing the world’s coral reefs would cause the mass extinction of one quarter of all marine species.

Hope for the future

However, reefs are resilient and even with the forecast loss, it is possible for them to re-seed by spawning, if we give them the right conditions they can grow in.

The only way to preserve reefs for the future is to act on climate by curbing global CO2 emissions and stabilising it.