Are these iconic figures Evil or Genius?

In a world where cancel culture is rife and we’re questioning our heroes more than ever, Russell Kane’s Evil Genius brings a fresh and funny look at some of our biggest, best, and – as it turns out – most flawed figures from the past.

Joined by a panel of comedians and experts, each episode sees Russell and his guests delve deeper into some of our most iconic cultural figures, deciding once and for all if they are evil - or genius.

Pablo Picasso had two wives, six mistresses and hundreds of lovers, and is reported to have treated many of them badly.

Prolific and influential, the Spanish-born but, mainly, France-dwelling artist is viewed as the greatest artist of the twentieth century and the godfather of modern art. Picasso’s career spawned 20 000 works over 78 years. Pablo, was, however, somewhat problematic when it came to the bedroom. He had two wives, six mistresses and hundreds of lovers, and is reported to have treated many of them badly, e.g. locking one woman in his studio and kidnapping another. “Each time I leave a woman, I should burn her,” he once said.

Quite enough fuel on the fire for an evil verdict, then. Could anything sway it?

“A great song is not a great song until it has been sung by a great singer,” Johnny Cochrane noted in this episode. Sinatra also cast a spell on screen too. He won an Oscar for From Here To Eternity and was Oscar nominated for The Man With The Golden Arm. Sinatra was determined to see racial equality and refused to tolerate any hotels practising segregation when he was on tour with the Rat Pack, although Sinatra’s banter towards Sammy Davis Junior was often based on race. It was Sinatra’s links to the mafia that cast a shadow over him both then and now.

Did Ol’ Blue Eyes’ dodgy dealings make him evil? Or was he a pioneering genius?

Before The Crown and Gillian Anderson began their assessment of the Thatcher years, Russell and his guests were getting to grips with the Iron Lady. One of the first curveballs was that, despite her “Ozone-ripping perm” (as Russell put it), Mrs T showed a trailblazing concern about the environment, advocating sustainable development and the eradication of CFCs. Allowing the sale of council houses, though an ultimately flawed policy, was a game-changer for many families. Of course, Maggie’s economic ‘miracle’ had casualties, mass unemployment, the devastation of mining communities and so on. Taking tea with Chilean dictator General Pinochet didn’t endear her to the panel either.

It’s one fierce battle to the verdict. You’ll have to listen to hear the result.

Three-times boxing heavyweight world champion, Muhammad Ali’s stature in the sporting world is in no doubt. Ali was also a counterculture hero for refusing to fight in Vietnam and a symbol of black pride. However, his private life was less celebrated. Ali forced his first wife (of four) to convert to Islam, as he had, and enforced strict religious dress codes upon her. He has also been accused of widespread infidelity, joking amongst friends: “It’s my wife that is married, not me.” For the panel, is the knockout blow for Ali his one time attendance of a Ku Klux Klan meeting, a sign of his extreme separatist views on race?

Will the panel sting him with an evil verdict?

Clean-cut, handsome, rich, charming, a war hero and author; Kennedy had the world’s fate in his hands when he refused to press the nuclear button over the Cuban Missile Crisis. The Bay of Pigs fiasco, a US-backed coup against Castro, was not Kennedy’s finest hour, however, and some say he was reactive on civil rights rather than pro-active. He was much quicker out the blocks when it came to women, with his liaisons numerous and, er, brief. JFK’s conquests ran from 19-year-old interns, for whom he set immoral dares, to screen siren Marlene Dietrich, twenty years his senior at the time.

Was JFK’s aversion to Armageddon enough to save him from the evil verdict?

Voted one of the most admired people of the twentieth century in 1999, Mother Teresa’s work undertaken in the struggle to overcome poverty and distress won her a Nobel Peace Prize in 1979 and a sainthood in 2016, 19 years after her death. However, she was castigated, before and after her death, by journalist Christopher Hitchens for being “a fraud, a fanatic, and a fundamentalist" because of the standard of care in her hospices, her dubious financial benefactors, her anti-contraception stance and for actually holding back efforts to alleviate poverty. Sometimes her own words were enough to find her out. "I think it’s very beautiful for the poor to accept their lot, to share it with the Passion of Christ,” she once said, adding “I think the world has been much helped by the suffering of the poor people."

Was this devoted Mother more evil than we thought?

A cheeky, funny “working-class hero” who was one half of the most influential songwriting duos ever and one quarter of the most famous bands ever, The Beatles. What could possibly be wrong here? Unfortunately, Lennon was also someone who was prone to violence. Lennon’s first wife Cynthia was allegedly on the receiving end of his anger. As a father, he doted on his second son Sean, but Julian Lennon had a different experience. “I felt he was a hypocrite,” Julian said. “Dad could talk about peace and love out loud to the world, but he could never show it to the people who supposedly meant the most to him: his wife and son.”

Did the panel get instant bad karma? 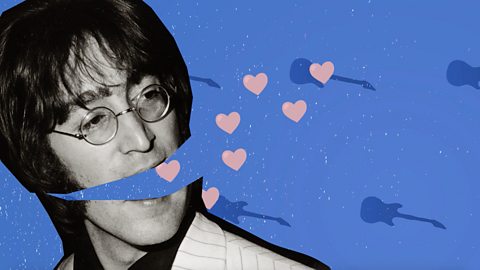 How well do you know John Lennon?

Comedian Russell Kane shares a side of John Lennon we might not have been aware of.

Marx had a maid that he never paid a penny.

He wanted the workers to own the means of production and, half a century after Karl Marx’ death in 1883, regimes that ruled according to his philosophical principles covered over a third of the world’s population. But at home, it was a different story. Marx had a maid that he never paid a penny. He also got her pregnant, denied he was the father and put the child out to be fostered. Even Stalin was embarrassed by this information and tried to bury it years later. Speaking of which, the scores on the doors for the number of people killed by socialist and communist revolutions and regimes in the twentieth century is estimated at up to 100 million. A real thinker, you might say.

He’s certainly iconic. But was he a genius? You’ll have to listen to hear how the panel decided.