Helen Nianias is a journalist with a degree in English literature who knew absolutely nothing about Harriet Martineau. She thinks the author's legacy is more relevant than many of us realise.

She was called "The Mother of Sociology" and wrote thousands of newspaper articles and books, but Harriet Martineau is today seen as a rather obscure Victorian character.

She did more than most people would be able to in five lifetimes and yet, I must confess, my mental file on her read something like: "Harriet Martineau (sp?): Victorian (poss.), author. Notable works: ?"

While she does have a core following, she’s someone few of us know much about.

Tweet: Fascinating #Inourtime @BBCRadio4 on Harriet Martineau - one of those people I've always thought I should know more about

What makes her a complicated and unfashionable character today – and goes some way towards explaining why she’s no longer a much-lauded thinker – is that Martineau took a rule-based, academic interest in life.

She observed life without engaging with its messiness and chaos. All work and no play.

For me, it’s Martineau’s writing about sex that exemplifies her stance as a person of theory rather than action

This might not come as a surprise. Martineau was brought up in the Unitarian faith, a deeply respectable spinster, delighted that she never married, and seemingly never led into temptation. Her position as a high-minded, vice-free, rule-driven academic is not in keeping at all with 21st-century values.

For me, it’s Martineau’s writing about sex that truly exemplifies her stance as a person of theory rather than action, in that she wrote extensively about the notion of reproduction without experiencing it or having any desire to do so. She was content to put forward Malthusian ideas of the poor abstaining from sex in order to reduce poverty, but she did so without trying to understand why people might want to have a family or sex if they had nothing else. 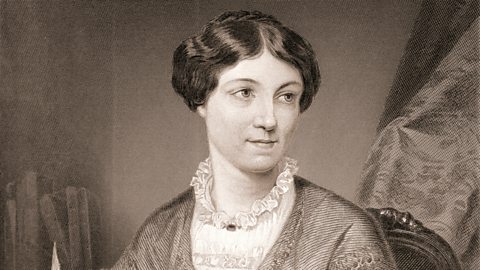 Ella Dzelzainis explains how one of Martineau's stories generated an angry reaction.

Indeed, the reason she disagreed with Mary Wollstonecraft was because she believed that Wollstonecraft put too much emphasis on passion and a woman’s personal life, which is quite a dull stance to take – Martineau didn’t believe that inevitable flaws should be accommodated, always aiming for crisp, white, unimpeachable, quite tedious virtue.

However, Martineau popularised causes that are still pressing today, such as human rights and the belief that women should be free to work and learn. She also furnished verbose people with a wonderful phrase when she attributed her huge body of written work to a “need of utterance”. I am going to revive it.

Tweet: Harriet Martineau had "the need of utterance." I think that I have it too. A blessing, a curse, or just a thing?

What makes Martineau particularly interesting are 1) the fact she travelled widely at a time when it was highly unusual for women to do so and 2) her unshakeable belief in the power of the individual.

An abolitionist, she travelled to the USA in 1834 to see how the nation measured up against its constitution and Declaration of Independence. Her examination of slavery in the Southern states left a bitter taste in her mouth – she pointed out that Southerners’ boasts that they had little prostitution were worthless because many men were having sex with their slaves and that Southern manners were little more than a tool with which to patronise women.

Not wanting to live with men back in the UK, she set up a feminine community in Ambleside, living in harmony with female servants and relatives.

But there’s still the matter of this distance she kept between herself and society. In her 1837-38 treatise, How To Observe Morals and Manners, she explained her belief that you could understand the people of a town by standing on a hill or rock and looking down at its topography (in my opinion, just the kind of eccentricity you want in a Victorian). And she was also happy to distance herself from potential allies, such as Mary Wollstonecraft, on matters of rigid principle.

Martineau didn’t just isolate herself, though – critics and contemporaries attempted to put her in her place for writing about reproduction and she was subject to ridicule and insults about her intellect. The same tried and true stereotypes applied to women in 2016. She used an ear trumpet because of her poor hearing, which critics also used to undermine her credibility.

She was also publicly humiliated by her brother-in-law after she spoke out in favour of mesmerism (a sort-of proto-hypnotherapy) as she believed it cured her cyst. He was a doctor and horrified by her belief in non-medical treatment, and so published a pamphlet in which he went into graphic detail about her body when he gave her an internal examination.

She never spoke to him again. But after Martineau had recovered from her illness, she travelled across Egypt and Palestine on camels and kept doing her own thing, so she probably didn’t care all that much.

Rigid she may have been but in an age where debate still rages around female autonomy, community and reproductive rights, I believe some of Martineau’s ideas remain quietly radical.