Ryan Holiday, author of bestselling book The Obstacle is the Way, describes the ancient Greek philosophy of stoicism as “the most practical of all philosophies.” Its core message: we don't control what happens, we control how we respond. In Don’t Tell Me the Score, Ryan explains how it can help us to remain steadfast, strong and in control of ourselves during the coronavirus crisis. 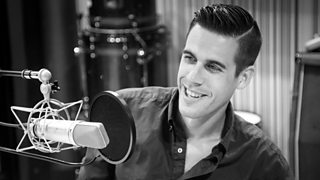 Listen to the podcast with Ryan Holiday

Stoics would say that there is no “good” or “bad”, only our own perception. We choose how we feel about any given event, thing or person. We decide that something is a setback versus a huge win; whether someone is a friend or an enemy. “These are opinions, judgements, we put on top of things,” says Ryan. In the words of Greek philosopher Epictetus, “It’s not things that upset us, it’s our judgement about things.” 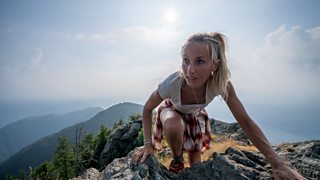 If we apply objective thinking to the current situation, for example, we might recognise that experiencing the coronavirus pandemic – although hard – is preferable to facing the Spanish flu, or a smallpox epidemic. “You have to look at the information unflinchingly and honestly,” says Ryan, “but that also includes putting it in perspective compared to other things.”

2. Always look for the silver lining

The Latin expression “amor fati”, which means “love of fate”, was 20th-century philosopher Friedrich Nietzsche’s attempt to summarise the stoic idea. When something happens to us that we can’t control, rather than complain or resent it, we should accept it. And more than that: we should embrace it. It’s “finding the opportunity inside every obstacle,” says Ryan. When you’re faced with a global pandemic, the opportunities are hardly going to outweigh the negatives, but the stoics would say maybe there’s a small “make-good” that we can find – a silver lining that we can focus on. “There’s no problem so bad that some good can’t come out of it,” says the writer.

3. Use previous experience to gain perspective

When Thomas Edison’s factory burned down, he famously said to his son, “Go get your mother and all her friends. They'll never see a fire like this again.” Because he had been through hardship before, he knew that he’d come out the other side. Experience gave him perspective.

Experience also teaches us what advantages can emerge from the low points in our life. To use a sporting analogy, almost getting the big win but coming in second can be a positive outcome in the long-run. It can give a team the belief that they are capable of success, so they can come back next season stronger and more determined.

4. Train how to control your emotions

When John Glenn was the first American to orbit the earth, his heart rate never went above a hundred. Not because he’s a superhero, but because he trained repeatedly, says Ryan. Chris Hadfield, the Canadian astronaut, says “astronauts are not braver than other people, they’re just meticulously prepared.” We can apply the same principles to our own lives, says Ryan. “The preparation we do sets us up to either be successful or not successful.”

One practical piece of advice is to write a journal. “It’s putting distance between you and your thoughts,” says Ryan. Rather than inflicting frustrations on other people, or letting unhelpful feelings race around your mind all day, you’re getting them out on the page. “To write them down forces you to really stare them in the face,” says the writer.

5. Ignore what disturbs or limits others

A lot of people have very clear ideas about limitations. They will claim that a certain thing isn’t possible, or “won’t work”. However, “these are just made up opinions,” says Ryan. “You’ve got to test these things for yourself.”

In the current climate, it might also be wise to ignore that which disturbs us, by limiting the amount of news we’re watching and reading. When he’s consuming current affairs Ryan asks himself, “Am I going to do anything with this information?” If the answer is no then it’s time to turn off the TV.

6. Take things one step at a time

Nick Saban is possibly the greatest American football coach ever, says Ryan. The expectations on his teams are sky high. But he combats this by getting players to focus on each small step, rather than the end goal. The average down in college football is seven seconds, so that’s the timeline they work to.

Generally, people are A to Z thinkers and they forget about B to Y
Ryan Holiday

“Generally, people are A to Z thinkers, and they forget about B to Y,” says Ryan. But we need to think about each and every step. At the moment, it’s easy to focus on the future and worry about how we’re going to claw our way out of this pandemic. “All of that’s irrelevant,” he says. “What matters is what I’m going to do today.”

7. Be thankful for what you have

“You can do everything right and still get screwed over or fail,” says Ryan. “Things happen that are not fair… Life is cruel.” For this reason, we need to learn the art of acquiescence. “You have to cultivate the ability to endure, to process, to accept that this is true,” says the writer. Failure, or ill-luck, also present an opportunity to practise virtues that are important: “Forgiveness, gratitude for what you still have.”

“Nobody asked for a pandemic. It’s not your fault, you didn’t choose to be locked up in your house. But you do decide what you’re going do while you’re in there,” says Ryan. During lockdown we can choose “dead time”: watch movies, eat, and sleep lots. Or we can choose “alive time.” We can aim to lose a stone, read a series of books, teach ourselves a language and help our neighbours. “Alive time is the decision to seize the moment, to make good out of it, to decide that the obstacle is the way, and to choose to triumph over the situation that you’ve found yourself forced into,” says Ryan.

For the stoics, death was not something to ignore but a call to action. “It creates urgency, it creates perspective, it creates priority and it ultimately creates meaning,” says Ryan. Roman Emperor and famous stoic Marcus Aurelius said, “You can leave life right now. Let that determine what you do and say and think.”

With the current threat of Covid-19, we are all being forced to ruminate on our own mortality. This can help us to make conscious decisions about how we spend each moment, and teach us to treasure what time we do have. As you tuck your children in at night, tell yourself they may not make it to the morning, says Ryan. Not to be morbid, but as a reminder to cherish bedtime rather than rush back to the TV or emails. “What death does is that it helps us adhere to our values, to what we think is important,” says the stoic.