Close menu
BBC One
The One Show
Main content 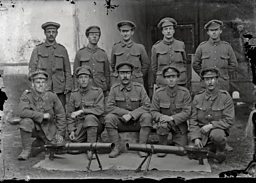 Help us identify The Lost Tommies

We need the help of The One Show viewers to identify hundreds of soldiers in a collection of photos from World War 1.

The photographs were taken by a French couple, Louis and Antoinette Thuillier during the First World War and are a fantastic and very natural collection of portraits of Allied soldiers who were billeted in the village when they were away from the trenches.

The collection of images lay undiscovered for a century in the attic of a French farmhouse in the village of Vignacourt. They were found in 2011 by a team of researchers led by Australian journalist Ross Coulthart, who has since collected the images together in a book called The Lost Tommies.

What makes the pictures all the more powerful is that the village of Vignacourt was a days march from the frontline that would be the centre of the Battle of the Somme, so a lot of the men who had their photos taken would have died weeks or even days later. The vast majority of the men remain unidentified because of the informal nature of the photos and that is why we need your help.

Please browse through the images in each album, and, if you can help to identify someone in a photo, or have any information that might help others to identify the person, get in touch.

If you don't have a Facebook account, send your information in an email to theoneshow@bbc.co.uk with the subject line "Lost Tommies" and include the number of the photo which is shown near the One Show logo (e.g. 13-021) so we know which image you are referring to

Hopefully, with your help, we can trace the relatives of many of these soldiers and complete the story of The Lost Tommies.

The Thuillier Images – How it all began

By Ross Coulthart – Author of The Lost Tommies 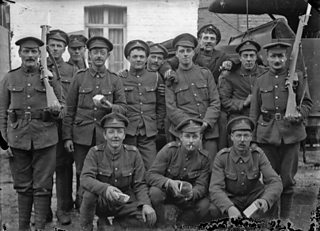 Standing in the main street of the peaceful Picardy village of Vignacourt a few hours drive north of Paris, it is hard to imagine that exactly a century ago, in May 1916, the streets here were teeming with thousands of British and other Allied troops preparing for the massive Somme offensive that commanders confidently predicted would win the war within weeks.

Vignacourt was a forward railhead north of the strategically important city of Amiens; with just weeks to go before the attack began, for twenty-four hours a day the town’s railway station was disgorging thousands more troops and supplies. From here the frontline trenches were a day’s march or short drive distant, and the gruesome human wreckage brought out of that catastrophic conflict was also treated in the nearby military hospital – or buried in the town’s graveyard, now a solemn Commonwealth war cemetery. For these soldiers, Vignacourt was a place to rest and carouse – somewhere they could drink to forget in a local cafe before returning to the awful carnage yet again.

Local residents Louis and Antoinette Thuillier had a shared passion for photography and they used it to make bit of extra money from the passing soldiers. Tommies posed for the couple in the courtyard of the Thuillier farmhouse in front of a painted canvas backdrop hanging off a hook in the stable. But their composition was dramatically different from the stiff and solemn conventional studio images of that era. For Louis and Antoinette encouraged the soldiers’ humour and informality; often the men posing are rolling drunk or bouncing a pretty local girl on their knee. The Thuilliers knew though that this happy day might be each soldier’s last; Louis and Antoinette recognised the profound historic significance of what they were photographing and chose not to recycle but instead to preserve their mounting piles of glass plate photographic negatives. There are well over 4,000 Thuillier glass plates in the Kerry Stokes Collection but it is clear there were many more in existence long after the war ended.

By war’s end many of the young men in the Thuillier images were dead and few of their photographic prints would survive for long unless they were reproduced; this was because the rudimentary printing process used by the couple meant the images tended to fade. When a battle-traumatised Louis commited suicide in 1931, his distraught wife Antoinette cast the negatives into the family attic; the existence of this extraordinary collection was almost completely forgotten, just a handful of the faded prints remaining in private family or regimental archives.

During the late 1980s Robert Crognier, a distant relative of the Thuilliers, was allowed to view part of the collection and he eventually showed French historian Laurent Mirouze some of the images. Laurent realised the enormous historical significance of these pictures but his efforts to generate official interest in tracking down and acquiring the collection were frustrated by a curious weariness about the First World War. In 1991 Laurent published a story about the collection in Military Illustrated magazine but it drew little interest from museums or galleries. And when Robert Crognier died soon after, the secret of where the plates were hidden went with him. They were in fact stacked in a family farmhouse attic behind decades of detritus.

It was Laurent Mirouze who helped the Australian Channel Seven Network team and me rediscover the plates five years ago. Most of the Thuillier family had passed away and left the area and, perhaps because the French Government was known to confiscate such memorabilia for its Peronne military museum, those in the know had kept mum about its existence. Australian businessman and philanthropist Kerry Stokes purchased the plates and funded their restoration and scanning. What amazed the experts was their extraordinary clarity; some of the pictures we obtained from the scans were well over 100 megabytes in size, offering far more detail than was ever possible a century ago. It allowed us to use the clues in the images – battalion and cap badges, rank, medal ribbons, wound stripes and even the cut of a uniform – to narrow down who these soldiers might be. When our documentary aired and the book The Lost Diggers was published in Australia the pictures aroused an outpouring of pent-up emotion about the Great War from thousands of viewers. An exhibition of the Australian images in the collection toured the country two years ago drawing huge crowds and generated a new awareness of the terrible loss and tragedy of the Great War. A century on, a lot of the pain of that conflict has abated and we are gratified that so many of the people who contact us with information on a soldier are often youngsters who now have only pride for their relative who served. Now it is Britain’s turn; the task is to try to identify these dignified young men so that l00 years on their stories can finally be told.

The Lost Tommies, by Ross Coulthart, is published by William Collins.