In A History of Delusions, experimental psychologist Prof Daniel Freeman explores the phenomenon, in cases from past and present.

Mental health difficulties have finally come out of the shadows. Once shrouded in stigma, as a society we’re gradually getting used to the idea that psychological problems are a normal part of life and that talking about them is better than silence.

But there are limits to this new climate of openness. Some problems are still, it seems, difficult to talk about - feared, misunderstood, and hushed up. And none more so than delusions.

This is why we made A History of Delusions for BBC Radio 4. “If this helps even just my mum understand what I was going through then I’d be incredibly grateful,” explained Cheryl when asked why she decided to participate in the programmes.

What is a delusion?

There is still argument about the definition, but there’s general agreement on the core features. A delusion is a belief that is impossible, incredible or false.

Despite this, the individual is very sure the belief is true. And this certainty endures despite evidence to the contrary.

There is no better way to understand delusions than by listening to people who’ve experienced them. In A History of Delusions the kind of conversations with patients that I have in the clinic are shared on radio for the first time.

"In delusions everything which one wishes and fears may find its level of expression; and as far as can be judged by the present state of our knowledge, many other things, perhaps even everything which can be experienced or thought," wrote the pioneering Swiss psychiatrist Eugen Bleuler. In A History of Delusions we hear from people who believed that they were dead; that their house was bugged; and that passers-by would attack them. We find out what it’s like to believe people are conspiring against you; that your mind is being read; that you’re a participant in a reality television show; or that you’re Jesus Christ. And we discover that delusions can occur both when people are unwell — for example, with depression, anxiety, schizophrenia, bipolar disorder, autoimmune problems, or in intensive care — and when there are no physical and mental health issues.

Delusions were long considered the hallmark of madness. "If some man in Bedlam should entertain you with sober discourse; and you desire in taking leave, to know what he were, that you might another time requite his civility; and he should tell you he were God the Father; I think you need expect no extravagant action for argument of his Madnesse," wrote the 16th-century philosopher Thomas Hobbes. 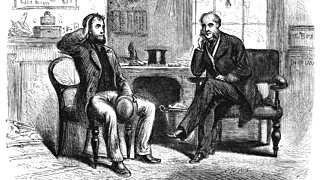 For the Enlightenment thinker John Locke, individuals experiencing delusions had slipped from rationality into irrationality: "They do not appear to me to have lost the faculty of reasoning, but having joined together some ideas very wrongly, they mistake them for truths; and they err as men do that argue right from wrong principles. For, by the violence of their imaginations, having taken their fancies for realities, they make right deductions from them."

With the rise of psychiatry in the 19th century, the study of delusions found a new home. The German psychiatrist Emil Kraepelin categorised delusions as a key symptom of what became the clinical diagnosis of schizophrenia. Later, particular importance was attributed to “primary delusions”.

These were beliefs considered to be “ununderstandable”: completely inexplicable in terms of the person’s life experiences or psychology. Historical accounts of delusions often feature the most striking examples, such as James Tilly Matthews, who believed that a gang of criminals and spies were tormenting him using rays from an “Air loom” machine, and Mademoiselle X, who believed that she had “no brain, no nerves, no chest, no stomach and no intestines”.

Delusions are no longer seen as inexplicable

Our understanding of delusions has developed enormously over recent years. For one thing, we no longer see them as inexplicable. Listening to people who have actually experienced delusions casts them in a radically different light. We discover that delusions are attempts to make sense of the person’s experiences – they are explanations of events. As Sophie put it: “When your sensations all change because you have become so depressed, you then start putting all the jigsaw bits together and come out with actually the wrong picture. And I came out, put the jigsaw pictures together in the wrong way, and ended up with this delusion.” John described his delusion as “sustaining”: “It is a sense of significance that holds you up. My delusion provided a narrative that was the scaffolding in which I was able to manage my life …This delusion was my life-raft, it was the thing that kept me floating, instead of sinking and drowning in a feeling of insignificance and abandonment and hopelessness.”

My delusion provided a narrative that was the scaffolding in which I was able to manage my life...

We also know now that delusions are much more common than previously believed. Like many other psychological phenomena, there is a spectrum of severity: many people experience delusions occasionally and without a big impact on their lives; a smaller number of individuals experience regular and distressing delusions. There is no single cause. Delusions tend to develop at times of stress, which activates genetic and environmental risk factors. Those factors can include experience of trauma; sleeplessness; isolation; and drug use. Certain ways of thinking also contribute: thinking negatively about the self; worrying excessively; jumping to conclusions; and only picking up on the things that seem to confirm our beliefs.

Talk about your delusions

“Although it is a waste of time to argue with a paranoid patient about his delusions, he may still be persuaded to keep them to himself, to repress them as far as possible and to forgo the aggressive action they might suggest, in general to conduct his life as if they did not exist.” 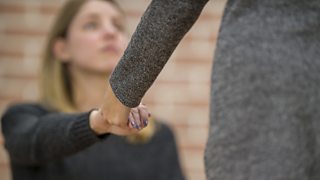 This extraordinary sentence is taken from an influential old psychiatric textbook, and it reflects an all-too-typical view of clinicians in years gone by. That consensus has shifted dramatically. Just as we’ve done in A History of Delusions, mental health professionals increasingly agree that it can be helpful for patients to talk about their delusions.

What thoughts, feelings and experiences are these beliefs trying to explain? How can we guide patients towards alternative ways of responding to their fears and worries?

At bottom, this is a question of understanding – of making the effort to listen, learn, and communicate. It isn’t only a priority for clinicians; the same is true for friends and family members.

As Sophie told us: “Somebody taking that care for me touched me in my heart. I think navigating full-on delusions, you need help. Somebody’s got to reach out to you to find you, which is why I’d say to families and friends who maybe have a relative who has gone in that direction: don’t step back, just try and reach out, because that real human connection that will make a difference to somebody. I could feel that human connection when I was far out and lost.”

Matters of the mind on BBC Radio