Caitlin Moran: Nine things we learned when she spoke to Joe Wicks

Caitlin Moran is one of the most successful writers in the UK. A journalist and newspaper columnist for almost 30 years, she’s also the author of bestselling books including How to Be a Woman and How to Build a Girl. On The Joe Wicks Podcast, Caitlin tells Joe about growing up with no money, writing her first book at 13 and how she’s learned to love exercise. Here are nine things we learned. 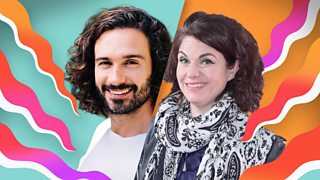 1. Caitlin is one of eight children

Caitlin grew up in “a packed house” in Wolverhampton. It was her parents, eight children, plus a significant number of dogs – “in terms of housing laws, it was probably illegal to have that many people in the house”. She describes her parents as “hippies, so the house was full of books we bought from jumble sales. It was a sort of very educated cultural house, but we had no money.” Her father was on benefits due to a disability, so the family had to live on very limited means. 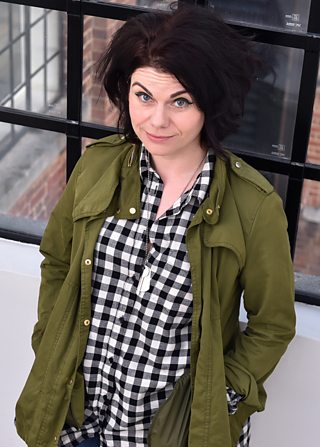 When Caitlin was 11, her parents decided they were going to home-school their children. “There are two types of home educators,” she says. “The first are those who see life as an education and see school as maybe limiting… and then there’s the second kind who just can’t be bothered to do anything at all. They take their kids out of school and say, ‘Just go and do what you want’.” Caitlin’s parents were the latter. She says she and her siblings spent a lot of time watching old musicals and sitcoms and eating “cheese lollipops” (a big lump of cheese on a fork). As much as she jokes about her lack of formal education, Caitlin says the freedom her parents gave her encouraged her to just try things. “When you’re a kid, you really want to do stuff. So much of children’s lives at the moment just seems to be about sitting and being told stuff.”

Caitlin loved to read, which led to her deciding to write her own book when she was just 13. She says people often think it’s “crazy and weird. But I think a lot of kids [would write] if school didn’t get in the way.” She wrote the book because she thought she’d accidentally told a neighbour something that would get her dad’s benefits taken away, so she’d have to support the family. “I spent this very sweaty, anxious summer writing this book, thinking that was how I would support my family for the rest of our lives.” The book was eventually published, paying Caitlin an advance of £1,800. “It’s not a bad amount of money, albeit for two years' work, but I realised that probably wouldn’t support my family… I thought you got £6 million if you wrote a book.”

Caitlin is now financially very secure, but she thinks when you’ve grown up poor it changes you permanently. “I still feel like I’m running as fast as I can away from that poverty,” she says. “I live in fear of me or my children ever being in that place. I don’t think you ever stop being scared because you have no control of your life when you’re that poor.” She says being poor felt unsafe. “As a woman, if you’re scared walking down the street late at night and you’ve got money, you can get a taxi. If you don’t have money, you’ve got to just keep walking down the dual carriageway until you get home. It’s life and death stuff, not having money. It’s not about little treats. It’s about safety. It’s about your mental health.”

5. Musicals taught her to cope with life

Caitlin considers herself a very optimistic person. She gives Judy Garland a lot of credit for that. “A lot of it was being raised on musicals,” she says. “Musicals are always optimistic. Everything’s always alright in the end. For any character played by Judy Garland in a musical, things will be quite difficult for her… but by the end of it she will have stayed optimistic and she’ll dance away all her problems.” This is essentially Caitlin’s outlook, minus the dancing. “I wonder if optimism is a choice. I don’t know if you’re born optimistic or not, but I’ve definitely made the choice to double down on it. I wake up every day and think, ‘This planet is incredible’.”

Poor people are funny, because we have to be.
Caitlin Moran

Caitlin was given a column in The Times when she was 18. She still writes for the paper now, at 47. She says she doesn’t know of any other working columnists who have her background. “There’s nobody else like me. There’s no-one else who came from a council estate on benefits who’s writing a column in a national newspaper. I’m the only one who can write about this stuff from experience.” Caitlin thinks part of her ability as a writer is due to growing up without money. “Poor people are funny, because we have to be. Who are the people who are funny? The people who have to be, because that’s all they’ve got.”

7. She learned a lot about dealing with mental health from her daughter

Caitlin dealt with anxiety when she was younger. It was something she learned to control herself because her family “didn’t believe in doctors”. She says her daughter’s journey with anorexia has shown her how differently a younger generation approaches mental health issues. “They are very open and honest about mental illness,” she says. “They see no stigma in it and will talk about it. It’s all over social media. They know how to have those conversations. For my generation, their parents, we were raised when it was still shameful and you wouldn’t talk about it.” She wrote about her daughter’s anorexia, with her permission, in her last book, More Than a Woman, and says it received the biggest response she’s ever had. “All I ever want above anything is to be useful. If anything bad happens to you, I just want to turn it into a lesson you can give to other people.” 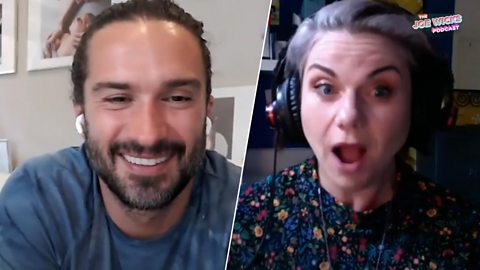 8. She would happily walk down the street naked

I have no fear in nakedness. I find my body amusing and pleasant.
Caitlin Moran

As a child, Caitlin says she didn’t really exercise. It wasn’t until she was 19 that she even realised exercise could make you feel good. Her friend took her on a long walk and “I became incredibly high. Absolutely off my tits. I was like, ‘What is this?’ And she said, ‘That will be adrenaline. You’ve just done some exercise’.” She now loves to go wild swimming for exercise, having conquered her fear that swimming in open water would lead to “eels swimming up inside me.” Joe asks if she means she swims naked. She does not, “but I would happily walk down the street naked. My children are constantly trying to stop me. I have no fear in nakedness. I find my body amusing and pleasant.”

9. She thinks people should be their own pet dog

A few years ago, Caitlin got a puppy. She says that owning a dog taught her a lot about being kind to yourself. “I realised I’d spent the first 24 hours of having this puppy just telling her, ‘You’re so beautiful! You’re so clever!’… This dog had done nothing. It had been asleep all the time I was saying this. I had said more positive things to this dog, which had been asleep, than I’d ever said to myself – and I’ve been doing everything!” She says it changed the way she decided to treat herself. “I’m going to be my own pet dog. I’m going to be as pleasant to myself as I am to this dog. And it really works!”