One Child by Mei Fong

Since 1979, China has exercised unprecedented control over the reproductive habits of more than a billion people. At the end of the twentieth century, its one-child policy lifted millions out of poverty and now the Chinese economy is on the verge of becoming the largest in the world. But is their colossal experiment in social engineering about to come crumbling down?

Combining personal portraits of families affected by the policy with a nuanced account of China's descent towards economic and societal turmoil, award-winning journalist Mei Fong reveals the true cost of this most controversial of policies.

Drawing on a decade spent documenting its repercussions on every sector of society, she reveals a dystopian legacy of second children ignored by the state, only children caring for both parents and grandparents, and villages filled with ineligible bachelors. 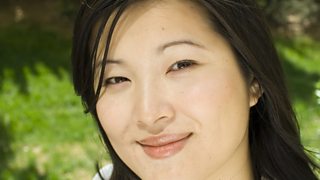 Mei Fong is a Pulitzer Prize-winning journalist who spent over a decade reporting in Asia, most notably as China correspondent for The Wall Street Journal. She is a winner of Amnesty's Human Rights Press Award, a 2013 recipient of a Ford Foundation grant for investigative journalism and a 2015 New America Fellow.