The very best evocations of the sea in all of classical music. 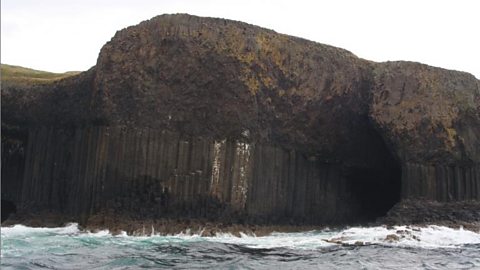 When Mendelssohn was 20, he embarked on a Grand Tour of Europe. However, instead of travelling directly to Italy or France, he headed to Scotland in the hope of meeting one of his heroes, the writer Sir Walter Scott. On 5 August 1829, having had a disappointing meeting with Scott, Mendelssohn took the ferry to Mull.

It was a few days later that the composer and his companion Kingemann made the trip by boat to the island of Staffa to visit Fingal's Cave. They experienced some turbulent seas: Kingemann wrote that Mendelssohn was 'on better terms with the sea as a musician than as an individual or a stomach'! Despite his sea sickness, Mendelssohn was blown away by the Hebridean seas and landscapes, and having returned home, wrote this wonderfully evocative piece which further cemented his reputation. 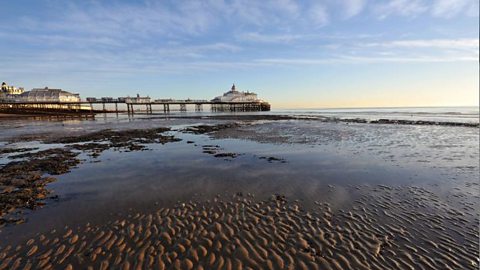 'I was destined for the fine career of a sailor … only the accidents of life put me on another path,' wrote Debussy to a friend in the year that he began writing La mer.

Despite this claim, he wrote most of La mer nowhere near a coast; but in the summer of 1905 Debussy came to the UK and the seaside town of Eastbourne to complete the work and to escape the scandal of a love affair. This unpopular affair may explain the terrible critical response to the premiere later that year, but La mer has gone down in posterity as one of the most vivid and spirited portraits of the sea in music. 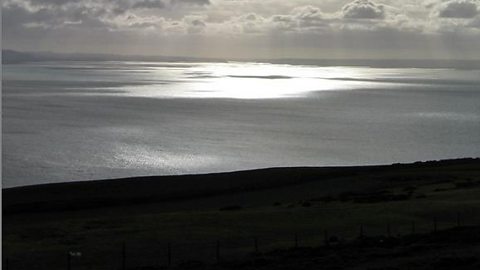 Sea Sketches (1944) for string orchestra vividly evokes the various moods of the sea.

Grace Williams dedicated this atmospheric work 'to my parents, who had the good sense to set up house on the coast of Glamorgan'. Born and brought up in Barry, Williams showed promise early on, and would sit on the beach nearby her home composing short works. After university in Cardiff, she moved to London for further study at the Royal College of Music, where Vaughan Williams, or 'Uncle Ralph', numbered among her teachers.

The Sea Sketches were written in 1944, about the same time as her friend Britten wrote Peter Grimes, with its famous sea interludes. Like Britten her pieces describe the sea in different moods inspired by her intimate knowledge of the sea and Welsh coastline. 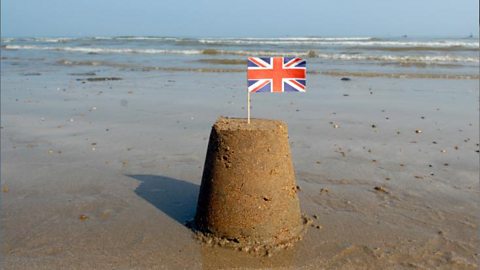 Ireland's setting of 'Sea Fever', by John Masefield, is one of his most famous works.

John Ireland loved the Channel Islands, and his setting of one of John Masefield’s best-loved poems, reflects his passion for the sights and sounds of the sea. Taken from Masefield’s Salt Water Ballads, it opens with the famous line, 'I must go down to the sea again, to the lonely sea and the sky.'

It’s said that Masefield wasn’t too keen on the setting when he first heard it, feeling that the slower pace of the song was wrong for the urgent tone of the words, but whatever your views on that – it can’t be denied that it’s one of Ireland’s loveliest songs. 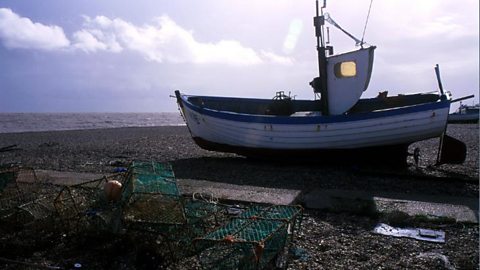 'Storm' is one of the four powerful 'Sea Interludes' from the opera 'Peter Grimes'.

Britten was born in the port of Lowestoft and spent most of his life on the Suffolk coast. After launching his career in London and America, he returned to live near Aldeburgh with his partner, the tenor Peter Pears. He loved being near the sea - even better, in the sea, and preferably stark naked!

Peter Grimes, set in the fishing village of Aldeburgh, was Britten's first operatic success. Even before the premiere, he'd set apart the suite of Four Sea Interludes as a concert work in its own right. The interludes - which appear in a different order in the opera - represent the sea at four different times and moods: dawn, morning, a peaceful night-time, and an evening storm - surely one of the most brutal and honest portrayals of a storm in music. 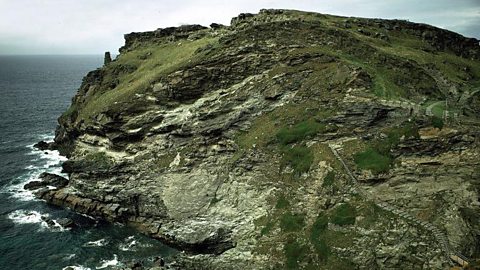 Bax's brilliant evocation of the crashing seas around the rocky castle ruins of Tintagel.

In 1917 Bax and his lover, the pianist Harriet Cohen, went on holiday to Cornwall. There they visited the picturesque ruined castle of Tintagel, which clings to a cliff above the sea. The medieval castle has long been associated with the legend of King Arthur, and this romantic connection would not have been lost on Bax. However, he described his piece as simply 'a tonal impression of the castle-crowned cliff of … Tintagel, and more especially of the long distances of the Atlantic, as seen from the cliffs of Cornwall on a sunny, but not windless, summer day.’ The result is music of majestic power and grand scope - no wonder it's one of Bax’s most popular works.