Thousands of people were executed as the Witch Craze spread like wildfire around Europe between 1450 and 1750. In the You’re Dead To Me podcast, Greg Jenner talks about all things witchy with Professor Suzannah Lipscombe and comedian Cariad Lloyd.

1. Around 45,000 people were executed during the European Witch Craze

The method of execution differed in different countries. For example, people in England were hanged for the crime of witchcraft but in Scotland, witchcraft was classed as heresy — a religious crime — which meant the punishment was burning. A huge majority of people executed for witchcraft were women. 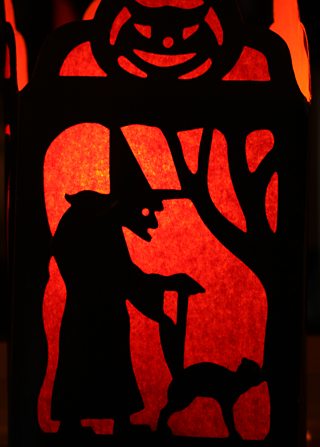 2. It was thought that witches had made a deal with the devil

This was known as the Diabolic Pact. Selling their soul to the devil would give witches their powers. People were particularly afraid of what was known as “maleficium” — witchcraft specifically intended to injure or harm.

3. There was a best-selling handbook on how to hunt witches

Malleus Maleficarum (which meant the Hammer of Witches) was published in 1487 by a German monk called Heinrich Kramer. It argued that witches really existed and provided tips on how to spot and exterminate them.

In terms of sales, Malleus Maleficarum was quite the chart topper, coming in at second place to the Bible.

4. James I of England wrote a book about witchcraft

It was called Daemonologie. He outlines the “proof” that witches existed and provided details of what legal process and punishments should be used to deal with witchcraft. Daemonologie was split it into three sections: 1) magic and necromancy; 2) witchcraft and sorcery; and 3) spirits and spectres. 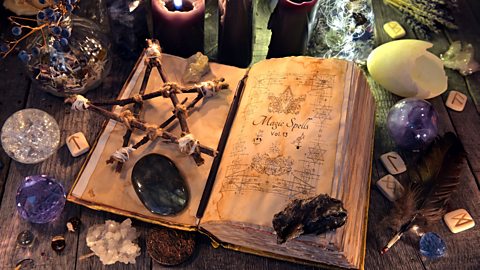 What was the witch "swimming" test?

5. There were many ways of “testing” someone to see if they were a witch

One method was searching for “witches’ marks” which could be anything from a mole or birthmark to an extra toe.

The last person executed for witchcraft was exonerated by the Swiss parliament in 2008.

“Swimming” potential witches involved stripping them and tying their thumbs to their toes and dunking them in the water. If they floated, this meant that they had been rejected by the waters and were guilty, and if they sank they were innocent. Grim.

Anna was decapitated in Switzerland in 1782. She was the last person in Europe to be executed for the crime of witchcraft. Like many other confessions of witchcraft, hers was extracted by torture.

Acknowledging that Anna’s execution was a miscarriage of justice, she was exonerated by the Swiss parliament in 2008.