From hunting to watching - our changing relationship with whales

As recently as the late 1950s, audiences flocked to cinemas to see whales being hunted on screen in the film Moby Dick. It seems almost inconceivable that within one generation attitudes have shifted so much that we now view these creatures as a symbol of ecology and of our connection with the natural world. 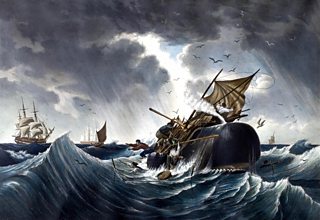 A watercolour of an early American whaling expedition, circa 1875.

Whaling was a major industry. Before the widespread use of fossil fuels, whale oil was used in a huge range of products, from paint to soap.

The baleen plates, through which whales sieve plankton, were used to form corsets and the hoops in crinoline skirts.

Even whale vomit – ambergris - was used in the manufacture of perfume and was known as 'floating gold'.

Factory ships allowed whales to be processed more efficiently and by the time World War Two broke out in 1939, around 50,000 whales were being killed each year.

Nothing illustrates our shift to whale-worship more than the story of Billy, the 5m-long Northern bottlenose whale that swam up the Thames in 2006.

Billy, who turned out to be female, brought central London to a standstill.

The Thames was shut off for the first time since Churchill’s funeral, people thronged the riverbank to watch Billy’s struggles, and some even waded in, putting themselves at risk, to try and help her back out into deeper water. 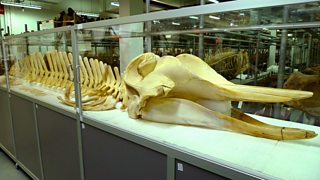 The skeleton of the Thames whale

And yet, just 200 years ago, when a Northern bottlenose swam up the Thames, a seaman came out of Greenwich Hospital and promptly harpooned and killed it.

It is not just in the UK that attitudes have changed.

In Icelandic, the word for a beached whale is the same as that for windfall. Whaling was a huge part of Icelandic fishing culture.

In the last two years, however, the income generated by Icelandic whale-watching tourism has exceeded the profit from its whale fishing.

After years of lobbying from conservation groups, the SeaWorld theme park in California is phasing out its public displays by killer whales.

Two years ago a critical documentary led to SeaWorld’s shares halving in value. 2017 will be the last year of the show in San Diego, although killer whales will still be used by the company in other US states. 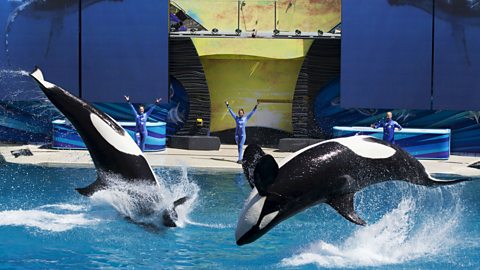 Campaigner on SeaWorld plans to replace orca shows with a “more natural” setting.

So what’s behind this sea change in our attitude to whales?

Some commentators believe we related to them when we first heard their song.

Whale song was recorded in the 1970s and became the must-have addition to any self-respecting 70s music track. Kate Bush and Judy Collins were big whale song fans.

We began to see whales as creatures with strong emotional bonds, calling to each other across miles of ocean, and as nurturing animals whose bounty we exploited for our own ends. 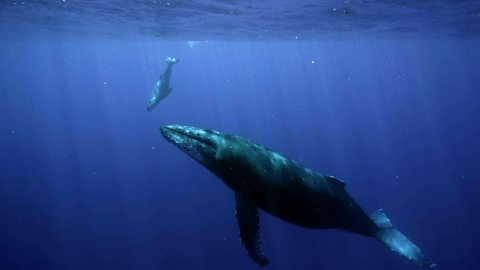 How song gave whales a voice

Whales also appeared front and centre of the news agenda in the 1970s.

The anti-whaling campaign was the first animal rights cause embraced by Greenpeace, which had its origins in targeting nuclear power.

Watching a tiny Greenpeace vessel being hurled around in the ocean trying to face down a gigantic whaler was one of the ways in which whales became a symbol of conservation and the environment.

But let’s not forget how recent our compassion for whales is. We killed three million great whales in the last century.

We have a lot of ground to make up but as modern whale science is only a generation old, who knows how our attitude may change in the future towards these remarkable creatures?