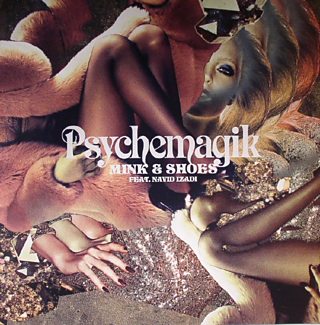 The weekend is upon us and tradition dictates that we provide you with an out-and-out banger of an MPFree to see you through ‘til Monday. Step to the plate, Richard Noriss, whose remix of Psychemagik is both huge and ominous – exactly what’s required on this spookiest of weekends.

Released as a free bonus to Psychemagik’s Mink & Shoes EP, Richard Norris’s aptly named ‘Psychoactive Mix’ hones in on the song’s dark, obsessive, undercurrents – typified by the repeated one vocal snippet, ‘You Keep Coming Back For More.’ Released on Psychemagik’s own label, Mink & Shoes is available on vinyl now, but this deep, twisted remix is an online exclusive. 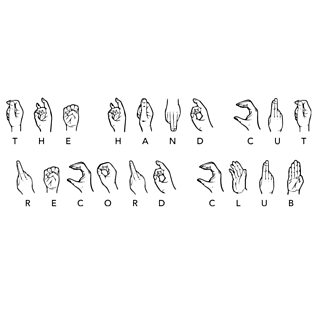 Firm believers that life should be full of little treats, Art is Hard have put out an excellently woozy garage-pop song from Rodents for free download. With its big wonky riffs and trudging, repetitive structure, this one would be slacker anthem material – if only we could work out what the hell he’s saying.

Taking his cues from The Minutemen and Parquet Courts, Rodents (aka Robert Eyres) deals in big pop tunes with a distinctly sludgy lilt. If you like this track as much as we do, you might want to nab it on hand cut vinyl – of which Art is Hard has made just 25 copies. Otherwise, you’ll have to make do with this free download. Don’t say we never give you nice things. 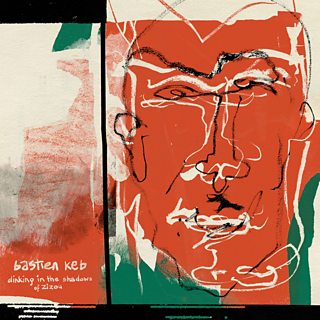 Is that a touch of the jazz flute you hear? You’re damn right it is. Bastien Keb’s unabashedly nostalgic ‘Chicken Stomp’ goes all the way there, baby, and the result is fun-to-the-key, or something.

Has there ever been a better album title than Dinking in the Shadows of Zizou? That name alone is enough to warrant a listen. Luckily enough, Bastien Keb’s blend of jazz, funk, and psych ticks plenty of boxes, too, so it’s win-win. You can get his entire album as a ‘name your price’ download over at Bandcamp, and whilst this is, strictly speaking, a free music blog, no-one’s going to be upset if you decide to pay some actual money for this excellent genre-defying record. Just sayin’. 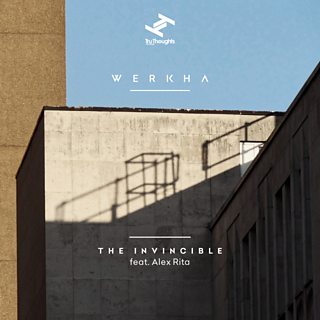 For today’s MPFree, we’re pointing you in the direction of a new version of Werkha’s ‘The Invincible’. J-Felix’s remix reimagines the downtempo original as a Studio 54-by-way-of-Hacienda floor filler, and we like it.

Following the June release of his debut LP, Colours of a Red Brick Raft, Tom A. Leah’s latest single, ‘The Invincible’ gets the remix treatment from Henry Wu, J-Felix, Shunya and Jonny Faith. Each producer has a different take, and J-Felix’s is a decidedly funky one. The track is mined for its deep, grooving bass line and Chic-esque guitar works, while Alex Rita’s vocal work bounces around behind the scenes. Nice! 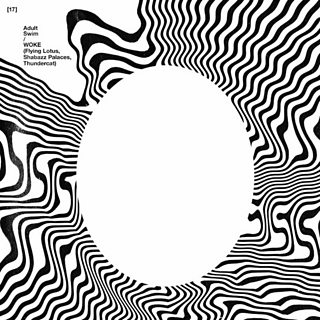 The clocks have gone back and summer is officially, emphatically over. Gone with it – alongside the ice cream, beach days, and beer gardens – is the Adult Swim Singles club. Another excellent program of free music has come to a close, but the gang saved one of the best ‘til last.

You might be tempted to think that a super-group consisting of Flying Lotus, Shabazz Palaces, and Thundercat – in this instance, featuring guest vocals from George Clinton – would be something of a mess; how can one track accommodate three of the most distinctive voices in modern music – not to mention one of its godfathers? It’s something of a miracle then that WOKE’s debut offering manages to retain the idiosyncrasies of each individual artist while offering up something entirely new at the same time.

*The full downloadable version of this track features some choice language, JSYK. 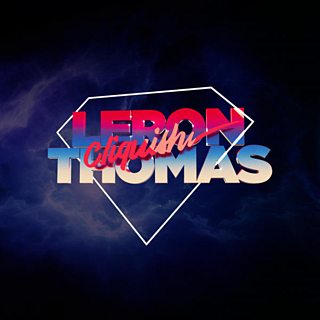 For your final MPFree of the week, Gilles Peterson has picked a new track from legendary genre-bending musician, Leron Thomas. ‘Calm Down’ is deconstructed jazz with an electronic lilt. Download it and savour it.

Nine albums in to a consistently unpredictable career, Leron Thomas has found a home in the similarly eclectic Heavenly Sweet Records. Recorded in Paris and New York with the label’s house band, all under the supervision of head honcho, GUTS, Cliquish finds the Texan trumpeter, vocalist, and composer at the peak of his powers. 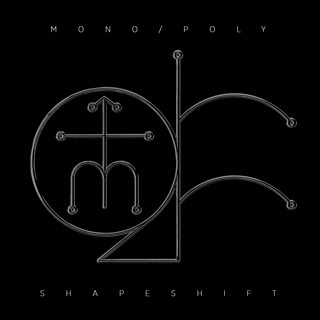 We’re approaching the end of another week but there’s no slowing down just yet. For today’s MPFree, Gilles has picked out a bone-rattling slab of trap-infused electro from LA producer, MONO/POLY.

Following up his debut album, Golden Skies, released on FlyLo’s Brainfeeder, Charles E. Dickerson, better known as MONO/POLY, returns with a new nine-track EP, entitled Cryptic. Due out in December on LA’s Hit + Run, the release features a collaboration with Seven Davis Jr and will be available digitally and on limited-run vinyl. ‘Shapeshift’ is the record’s monster of a lead track. 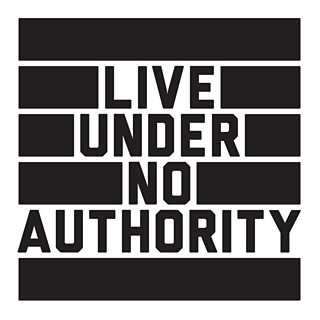 For today’s MPFree, Gilles is shining the spotlight on London hip-hop act, The Age of L.U.N.A. Their track, ‘Frozen’ is as indebted to Dilla and Erykah Badu as anything from the UK scene in recent years.

Self-described ‘average joes with powerful minds’, The Age of L.U.N.A’s first mixtape, Live Under No Authority is a commanding introduction to the group. On the one hand, the influence of grime rings out – Butch and Kyote previously performed as a grime duo under the moniker ZangWu – yet the combination of Danielle Thomas’s smooth vocal work and Dilla-esque beats harkens back to another time (and continent) altogether. 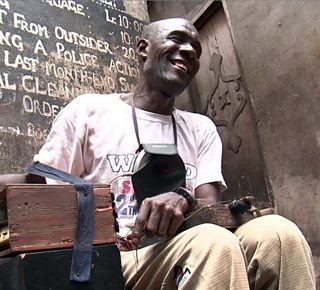 We’re continuing a week of free music chosen by Gilles Peterson with an excellent transcontinental collaboration. The Kondi Band’s ‘Powehŋde Bingade’ is traditional Sierra Leonian music as seen through the kaleidoscope of modern electronic production. The result is a stark and compelling groove.

Here’s what Strut Records have to say about the origin of this project: “Kondi Band developed from an acoustic recording, 'Without Money No Family' by a blind Sierra Leonian virtuoso Kondi (thumb piano) player, Sorie Kondi. US West coast and Brooklyn-based producer Boima Tucker aka Chief Boima, himself part Sierra Leonian, heard it, loved the sparse simplicity of the Kondi and Sorie's rich vocals and created a demo of a remix to play out, which eventually surfaced on his African In New York release. The relationship developed - Boima brought Sorie to the US to play some gigs in 2012 and they recorded the tracks together that make up the new Kondi Band album.”

The Kondi Band have two upcoming EPs, to be released in December and February, featuring remixes from Boddhi Satva, Hagan and more. The full album is slated for release on Strut next May. 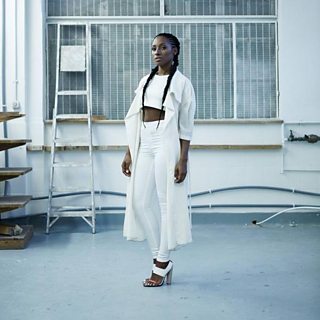 Handpicked by Gilles Peterson, who sits in for Lauren all week, Obenewa’s glitched out and soulful ‘Marshmallow’ sets the tone nicely for a series of horizon-expanding shows.

London’s Obenewa burst onto the scene earlier this year with ‘He’ – a wonky R&B tune that sounded as refined and self-assured as any debut in recent memory. Six months and three songs later, we still don’t know too much about her; a debut EP, featuring production from Azealia Banks-affiliated Machinedrum, is due for release on Wunderkind, but no track list or date has been confirmed yet. What we do know is that Obenewa is quietly establishing a reputation as one of the strongest voices in electronic music. 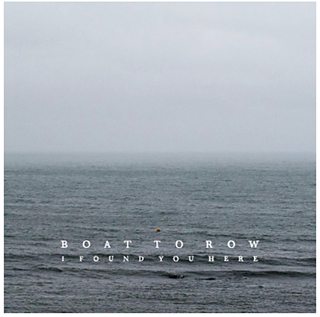 Today’s MPFree comes courtesy of Birmingham baroque quintet, Boat to Row. Their Western-tinged ‘Time and Time Again’ is a slow-building folk epic. Download and savour it.

‘Time and Time Again’ is taken from Boat to Row’s forthcoming debut album, I Found You Here. Born out of their converted cricket factory practice space, the album was recorded directly to 16-track tape in the studio next door over a period of two years. Perhaps some combination of these factors is to thank for the record’s warm, intimate feel. I Found You Here is available to download from November 20th, with a physical release scheduled for the following month. 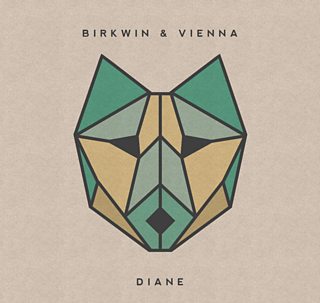 We find ourselves at the midpoint of another week, and what better way to celebrate than with a spot of free music? The nights may be drawing in, but Birkwin and Vienna’s ‘Scatterbrains’ is the kind of easy, laid back hip hop that’ll have you casting your mind back to the final long days of summer.

Having collaborated frequently in the past, producer Birkwin Jersey and hip hop artist Vienna come together to release their first full album, Diane. Available as a ‘name your price’ download over at their Bandcamp, the record is full of delicate and melodic beats – the perfect platform for Vienna’s unhurried introspective vocal work. This is the sound of two artists who know how to play off each other’s strengths instinctively, and the resulting album is a testament to that intimacy. 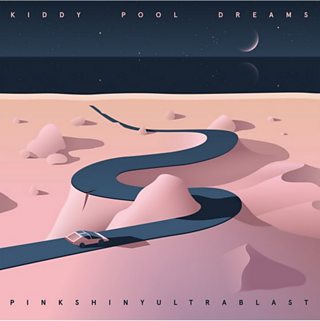 ‘Kitty’s Cool Beams’ was created with friend of the band, Sergei Ledovski, in LA. With looping electronics and isolated vocal work, the track’s opening finds the band at their most intricate and mathy. The prospect of a full-on minimal techno re-edit looms large, but never arrives; instead, a soaring synth part cuts in and we make a sharp turn towards more familiar Pinkshiny territory, with all of the giddying kaleidoscopic peaks that we’ve come to expect from the outfit. The as yet-untitled sophomore album comes out at the beginning of next year. Safe to say we’re excited. 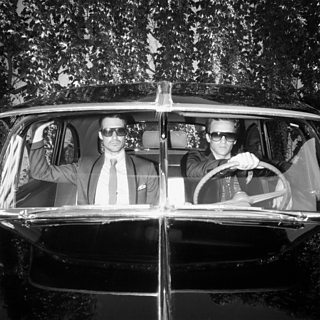 Pushing out that weekend boat with the MPFree. Today’s choice selection comes from Berlin’s Benjamin Myers and Benoit Rome’s Simon. This track has picked up a fairly hefty dose of cult status, and was inspired by one of the most important French house records ever!

It all started a few years back at the Need I Say More party, the annual shindig put together by Seth Troxler and Ryan Crosson in Detroit. Back in 2012, Benoit & Sergio stormed the place with a track that “absolutely shook the panties off anyone near the grassy knoll that day.” The track then appeared in a video of the set, which went viral with people needing to know what the track was. That track was ‘Rev 909’ and three years after the event, it’s now available as a free download. And yes, it was inspired by Daft Punk’s ‘Revolution 909’. The boys are also releasing 2 EP, House With 500 Rooms that will be released on 16th October, and Old Streets, released 13th November. Go big or go home! 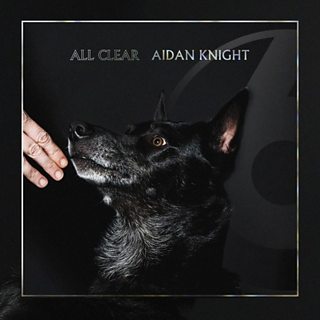 Today’s MPFree is from a Canadian band, quite selfishly named after the main guy Aidan Knight. There’s a bit of Death Cab in there, thrown in with a bit of C. Duncan having a fight with Max Jury.

Aidan Knight is actually Aidan & Julia & Colin & Dave & Olivier, from British Columbia in Canada. This sees the light of day on 6th November but is available for a limited time as a free download. The track is taken from forthcoming new album Each Other, due out next year. It was recorded at the Bathouse Studio, just outside of Kingston and home to Millhaven Maximum Security Prison. Not sure why that’s important, but the band hid themselves away in the studio for 2 weeks with producer Marcus Paquin (The National, Local Natives, Stars). Aidan said: “Marcus, guided an unruly collection of ideas and a sometimes impulsive person (me) with remarkable patience (Marcus is also a new father).” If you like what you hear then check him out at London's The Islington on 1st October, before he heads over to Europe, with good friend and fellow singer Dan Mangan. 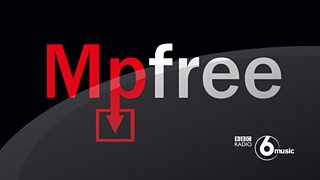 Everybody loves a spot of free music, so open your minds and get downloading now.