Get ready for a wild weekend of sounds and beats from around the world as Radio 3 returns to Womad.

Meanwhile, musician and presenter Cerys Matthews joins us on Sunday to co-present her weekly BBC Radio 6 Music show as a special live simulcast with BBC Radio 3.

With more hours of live broadcasting than ever before, join us as we go live on air at the BBC Radio 3 Charlie Gillett Stage throughout the festival.

Kicking off more than 11 hours of live broadcasting across the WOMAD weekend, Emir Kusturica and the No-Smoking Orchestra light up WOMAD live from the Open Air stage. The Orchestra of Syrian Musicians make their WOMAD debut and Spanish folk band Viguela are live from the BBC Radio 3 Charlie Gillett Stage, plus recorded highlights from Malian diva Oumou Sangare and Estonian turbo-folk band Trad Attack. 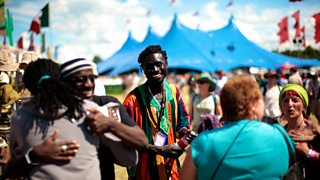 Radio 3 listeners will spot some familiar names at Womad 2017… 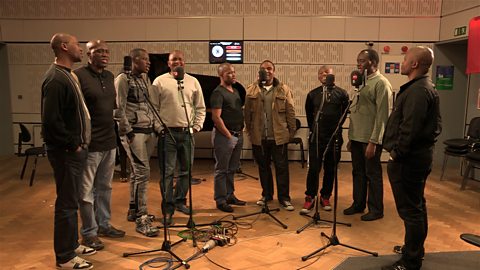 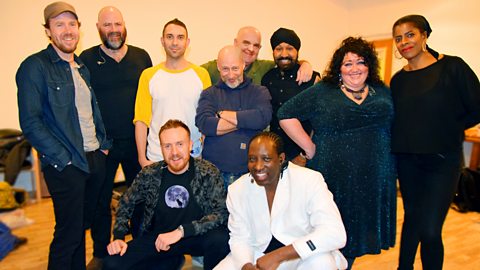 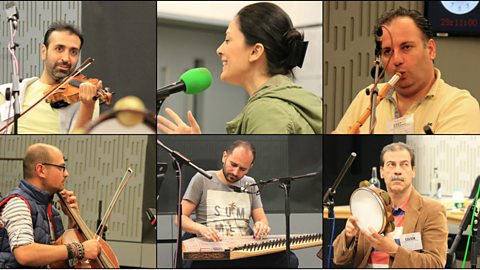 Kathryn Tickell with a studio session by members of The Orchestra of Syrian Musicians.

Discover the full WOMAD line-up on Radio 3, with 11 hours of broadcast footage on air and online, as well as exclusive clips and video sessions here on the World on 3 website.