Dancing to its own tune: A dark fable called SALT

A mix of dance, puppetry, live action, and stop-motion animation, SALT is a 12-minute film written and directed by theatre veteran Maria Lloyd. Filmed in a UNESCO-listed Polish salt mine, it's a sinister fairy tale about the perils of becoming trapped in a rut. Watch the complete film below. 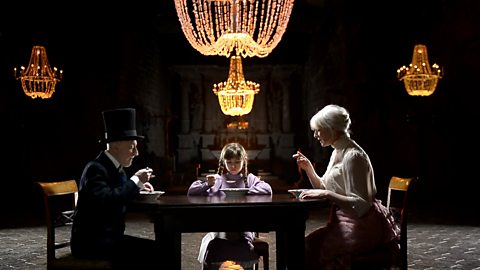 SALT is a dark tale of a girl growing up in a castle, with parents who are so fixed in their ways, that they are slowly crystallizing into salt figures.

As the girl gets older she is scared of suffering the same fate as her parents. Deep down, she knows that she has to find a way out so that she can make her own life choices.

An English, Norwegian and Polish collaboration, the 12-minute film was written and directed by dance, choreography, and theatre veteran, Maria Lloyd, and features a starring role for former Game of Thrones actress Octavia Selena Alexandru.

Behind the scenes, the film features the work of Sean Myatt - the British puppeteer who recently worked on Kate Bush's celebrated 2014 Before the Dawn live shows - and the music of acclaimed violinist Alexander Balanescu from the Balanescu Quartet.

The film is a co-production between Medieoperatørene, Aurora Films, Sentrifugal Films, and Pleasnar & Krauss Films. 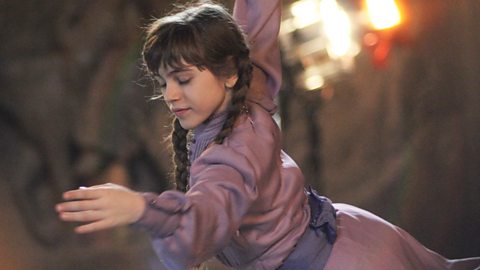 The Making of SALT

Director Maria Lloyd on the making of her short film, SALT.