Ten huge bands who started out as tribute or covers acts

For all the jibes about weddings and bar mitzvahs, the humble covers band is an excellent place for any musician to find their feet. As The Beatles discovered in their character-building performances in Hamburg, playing standards to a willing audience is a great way to hone your chops.

Tribute bands often have even more fun by stepping into the shoes of their heroes, taking their audience on a theatrical journey. No wonder so many of the bands we know and love took their first faltering steps playing other people’s songs - and sometimes even wearing their clothes. Fraser McAlpine investigates 10 of the biggest examples. 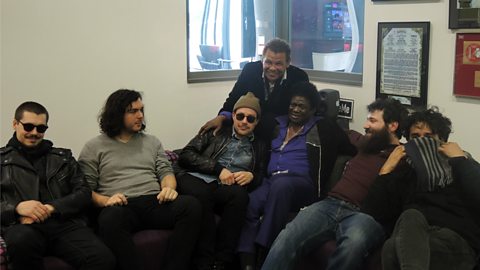 Charles Bradley performs Nobody But You, Ain’t It A Sin, and The World Is Going Up In Flames

The Screaming Eagle of Soul joins Craig Charles for a session with tracks from Changes.

Pretending to be James Brown every night is a demanding role, but this is what American funk and soul singer Charles Bradley did to make ends meet in the 1990s. He drew on the formative experience of seeing the Godfather of Soul tear up New York’s Apollo Theater in 1962, and styled himself Black Velvet, blasting out gravelly versions of Cold Sweat and It’s a Man’s Man’s Man’s World with stunning vocal accuracy. It was Black Velvet who first caught the ear of Daptone Records co-founder Gabriel Roth; Bradley has since released three acclaimed albums of rich retro soul under his own name.

All of the early 1960s beat groups from The Beatles to The Who started out as covers bands, playing upbeat American rock ‘n’ roll and R&B to get people dancing. The Rolling Stones took this a stage further, effectively becoming a human blues jukebox, picking up the baton from Lonnie Donegan as chief advocates for a rootsy American musical form that was by no means well known in the UK. Their apprenticeship served them well; those cribbed blues licks and studied outsider swagger helped invent the archetype for modern rock ‘n’ rollers. 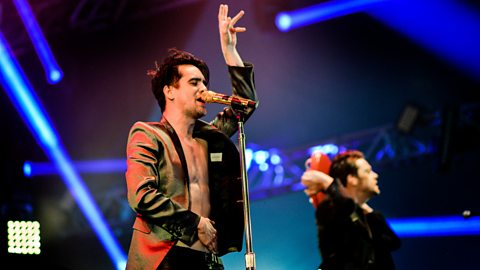 Highlights of Panic! At the Disco's set at Radio 1's Big Weekend 2016

Like a lot of school bands, the gang of friends that became Panic! at the Disco started off jamming the songs of their favourite bands, particularly Blink-182. Even when they had moved on from snarky pop punk to literate emo, they would still make time to include a Blink cover from time to time. In 2007, P!ATD’s Ryan Ross and Brendan Urie even got to play an acoustic version of What’s My Age Again? with Blink-182’s Mark Hoppus, to the envy of all the other Blink covers bands in the world. 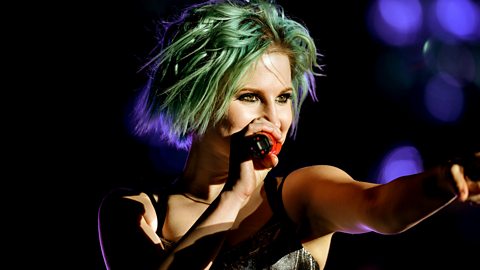 Paramore on the Main Stage

Paramore perform on the Main Stage at Reading 2014

At the age of 13, Paramore’s Hayley Williams moved to Franklin, Tennessee and immediately made friends with local alternative muso kids Josh and Zac Farro. But as part of her musical education, she also joined a local funk band called The Factory, with fellow future Paramore member Jeremy Davis. In a 2007 interview with Socialite Life, Williams explained their repertoire: “We covered Doobie Brothers, and Chaka Khan, Stevie Wonder. Party music basically… We just like all kinds of music. Even Josh and Zac were really into the stuff we played in the cover band.” 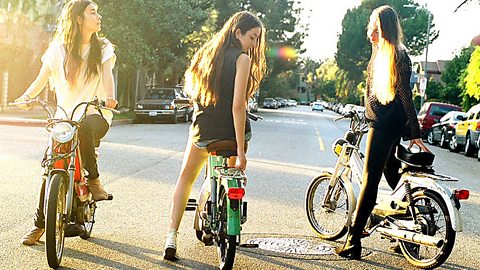 Haim: How do you Survive in a Family Band?

Este from Haim reveals what it's like to be in a family band.

The three sisters in Haim learned their musical chops in a family group called Rockinhaim, with their father Moti playing the drums and their mother Donna singing and playing guitar. Este was on bass, Danielle on guitar, and Alana - who was only four-years-old when they started - would whack a cowbell as the band played Get Back and Brown-Eyed Girl at local charity fundraisers. Even now, when the mood is right, Haim will bring their parents out on stage to play Mustang Sally the way they used to during their faintly Osmond-esque childhoods.

The Feeling as Superfly

In the early years of the millennium, skiers at the La Tania resort in the Alps would find themselves being entertained by a band called Superfly, who played songs by Stevie Wonder, The Kinks, Van Halen and The Bangles. Superfly evolved into pop-rockers The Feeling, although they continued to go back and play at La Tania even after signing their record deal, in order to try out new material. Bassist Richard Jones referred to the resort as “our spiritual home”, telling Sing365: "That's how we got good at playing." 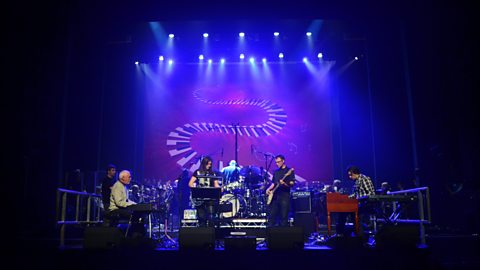 Behind the scenes at Radio 2's Procol Harum concert

Friday Night is Music Night rocks out at the Dominion Theatre, London

In 1964, The Paramounts were a typical British soul band, playing R&B covers all night long, for mods to dance to. They had a minor hit with The Coasters' Poison Ivy, but split up in 1966 in the face of public disinterest. When Gary Brooker, their pianist and singer, came up with the hit A Whiter Shade of Pale with organist Matthew Fisher a year later, he needed a band to tour his new, proto-prog material, and called up his former Paramounts buddies Robin Trower and BJ Wilson to help out, thereby consolidating the first line-up of Procol Harum. To keep things familial, another ex-Paramount, Chris Copping, joined a couple of years later. 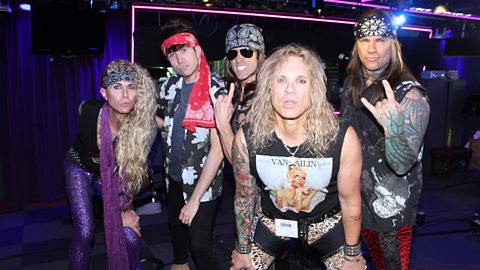 Steel Panther give listeners shoutouts in their own rock style

The line between parody and reality is very thin. Steel Panther started out as a spoof act, aping the excesses and vapidity of 1980s hair metal, first as Metal Shop, then as Metal Skool, while occasionally moonlighting as a Van Halen tribute band. Then they started writing their own parody metal songs, releasing the album Feel the Steel, which went to No.1 on the Billboard comedy chart. However, the follow-up - 2011’s Balls Out - topped the actual iTunes rock chart, above Megadeth and Metallica. It’s like Pygmalion, but with more spandex and longer guitar solos.

While we’re on metal matters, there’s the incredible story of Tim “Ripper” Owens. A huge Judas Priest fan from Ohio - his nickname comes from their song The Ripper - with a similar vocal range to that of singer Rob Halford, Owens formed a Priest tribute band called British Steel. When a videotape of him singing reached the actual Judas Priest (then on hiatus following Halford’s departure), they decided to return to active service with Owens as the new lead singer. He recorded two albums with the band before Halford returned to claim his throne in 2003. 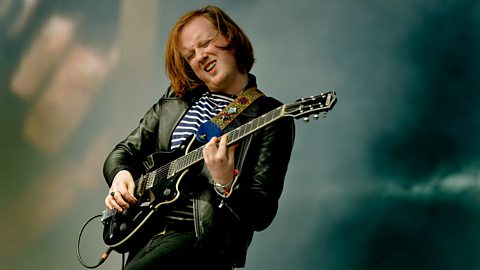 The Irish indie maestros return with their brand of quirky guitar pop.

Some established bands simply yearn for the simple joys of being a tribute act. They Might Be Giants, for example, have been known to support themselves as Sapphire Bullets, a They Might Be Giants tribute band. Most creatively, Two Door Cinema Club booked a series of small gigs in Galway earlier this year, claiming to be Tudor Cinema Club, “a tribute to Two Door Cinema Club”. They promoted their doppelganger selves with a flyer featuring the (made-up) quote: "Bono says 'we're even better than the real thing' - The Irish Times”. Luckily, they didn’t suffer the indignity of being bottled off for not being convincing enough soundalikes.