Seven things that happened when the planet got really, really hot

About 50 million years ago the climate of our planet changed faster than at any other time in our geological record. The period lasted 200,000 years before the world was able to return to a "normal" temperature.

Today the average global temperature is around 15-16 degrees Celsius, but in the Paleocene it was around seven degrees warmer than it is today. That might not sound like much, but it effected radical change for the sea, the land, and the animals that inhabit the planet today.

The event is known as the Palaeocene-Eocene Thermal Maximum (PETM) but the cause of the warming is still debated. Huge amounts of carbon entered into the atmosphere at the time along with methane. Did it come from volcanoes, burning peat, melting permafrost or the sea floor? I can’t answer that for you, I’m afraid, mostly because scientists still aren’t really sure themselves. But what they do know is the following…

1. Mammals took over the world

This is the crucial period for creatures of the warm-blooded variety – they’d been expanding over the years, but this is the period where all sorts of new mammals evolved.

Camels, cattle, goats, giraffes, whales, porpoises and dolphins would not exist if it weren’t for Earth resembling some form of enormous sauna.

As an aside, a fossil of a kind of prehistoric “killer badger” was found with dinosaur eggs in its belly, proving that mammals and dinosaurs did co-exist at one point.

During the PETM, mammals responded incredibly well to the new warm and humid conditions, so they went forth and multiplied, which led to loads of new kinds of animals. Which leads us onto…

The PETM is the period during which primates and social monkeys evolved. It’s when human evolution started off.

Rough timeline: monkeys become social – primates evolve – humans emerge in Africa later on. It’s thought that this happened because the new warm temperatures expanded the range of locations in which mammals could live, and groups of mammals then moved across the planet exploring the Earth in tribes and social groups. This necessitated the socialisation of primates, which ultimately led to the invention of you and me.

Just think, you wouldn’t be reading these words or drinking that cup of coffee if it hadn’t happened. 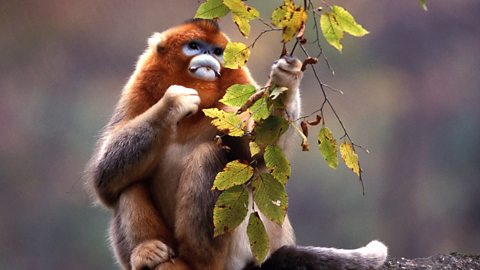 Mark Maslin says the Paleocene-Eocene Thermal Maximum was crucial to our evolution.

3. There were crocodiles at the Poles

It’s quite hard to get your head around: the idea of a completely different world caused by temperature.

I found a handy way to visualise the change was to think about the Arctic and Antarctic, which are, as I’m sure you know, famously quite cold today. Definite scarf weather. During the PETM, they became tropical, and crocodiles thrived there. Like Florida. Just think of them as Florida, but without all the tourists wearing fun shirts and bum bags. Lemurs and hippo-like animals also thrived there.

Plants grew with smoother edges rather than spiky ones, according to the fossils found.

A more jagged edge on a leaf is associated with cooler temperatures and this is still true today. Next time I’m in a garden centre I’m going to have that fun fact in my top pocket, ready to spring on anyone within earshot.

While this was an extraordinary time for the development of mammals, the temperature was too hot for some creatures to handle.

When geologists were working through rock cores to see how the layers differed over the ages, they found that some of the small marine organisms that lived on the sea floor suddenly disappeared from the rock samples – they became extinct. This indicates that temperatures shot up and certain creatures were unable to survive.

An average temperature difference of seven degrees doesn’t sound like that much. It just sounds like the difference between going out with or without tights on. Or as Melvyn Bragg put it, more like a football score than a rugby score. But the increase was so dramatic that the seas heated to 40 degrees in places which is probably the maximum temperature for a bath.

7. There were "burps of death"

One of the causes of the sweltering temperatures during the PETM was methane – which is 30 times more potent as a greenhouse gas than carbon dioxide. It was produced by rotting animal carcases and plants and frozen as nodules on the sea floor. When the nodules were disturbed or warmed the methane was released.

If this process happens slowly the methane just disappears into the water but if it happens quickly the methane explodes out of the sea into the atmosphere. This is why it became known as “burps of death”.

And there you have it. Never say that pre-history isn’t glamorous.