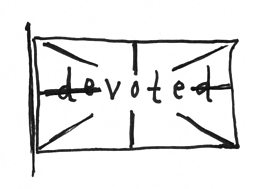 Art student Jordan Alex Smith has won a contest to have a work of art shown on billboards across the UK ahead of the general election.

His creation will sit alongside works by Bob & Roberta Smith, Fatima Begum, Janette Parris and Jeremy Deller (pictured below) created especially for Vote Art, a billboard campaign to encourage people to vote on 7 May.

A panel chaired by Chris Dercon, director of Tate Modern, and including the four artists, chose 22-year-old Jordan's piece from dozens of entries. Deller said: "We like its simplicity and it's positive."

Jordan - a final-year student at Manchester School of Art who grew up in Derby - said: "My art is made in my jotter with my trusty marker pen: the most devoted of all mediums. It's minimal but serious, and I hope it will inspire people to think about the upcoming elections."

The pieces will be exhibited on at least 10 commercial billboard sites across England, on 10,000 postcards and across social media, as well as an exhibition of the project at London’s Peckham Platform gallery from 2 April to 7 May.

You can view images of all the entrants here. And if you haven’t registered to vote, you can do so here.

Vote by Bob and Roberta Smith 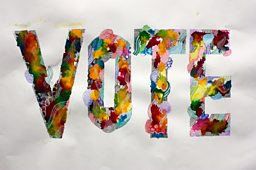 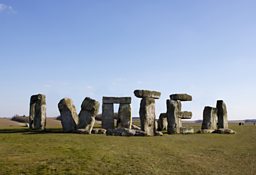